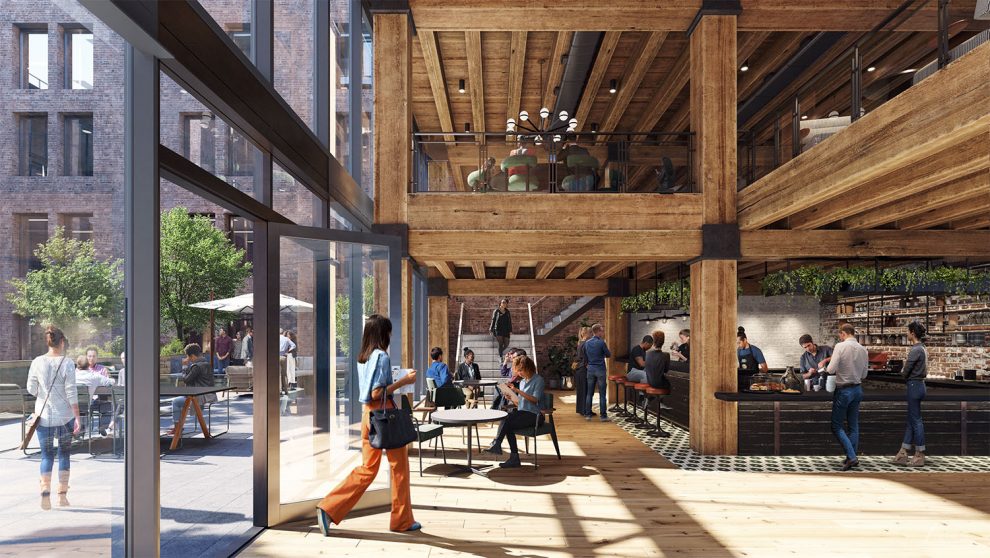 L&L Holding Company and Columbia Property Trust have closed on $1.25 billion in construction financing for the historic Terminal Warehouse. Plans call for the 1.2 million square-foot office, retail and self-storage facility into a workplace and retail destination. CBRE arranged the financing package on behalf of the joint venture. Terms of the loan were not disclosed.

“Today marks a major milestone in our ongoing effort to restore, reimagine and adaptively reuse an icon of commerce dating back to the late 19th century,” said L&L President & Chief Investment Officer Robert Lapidus. “Our ability to secure financing in this current environment is both a testament to the merits of this project as well as a show of the investment community’s continued faith in the future of New York City’s economy.”

In collaboration with architectural firm Cookfox, L&L and Columbia are converting Terminal Warehouse’s 550,000 square feet of self-storage space into modern, Class-A offices while also reimagining its ground floor retail and common areas. Terminal Warehouse was built in 1891 as the first major New York City facility with direct access to the river, streets and rail lines. As part of the project plan approved by the New York City Landmarks Preservation Commission in January 2020, floor area will be removed to make room for a new courtyard, a series of double-height interior spaces throughout the western portion of the building and six new office levels with floor-to-ceiling glass that will overlook the Hudson River. The project is estimated to be completed in 2023.

The property’s most distinctive characteristic is the tunnel with a twin set of rail tracks, which runs through the center of the facility and originally offered a direct connection from the Hudson River’s docks to the freight lines operating at street level along 11th Avenue. This tunnel also housed the famous Tunnel nightclub in the 1980s and 1990s. The 670-foot-long train tunnel that traverses the length of the building will be restored, uncovering elements of the property’s history such as its original wood, brick archways and exposed rails, and activated with shops, restaurants and other 21st century amenities. L&L and Columbia also plan to restore the monumental recessed arched entrances located on 11th and 12th Avenues.