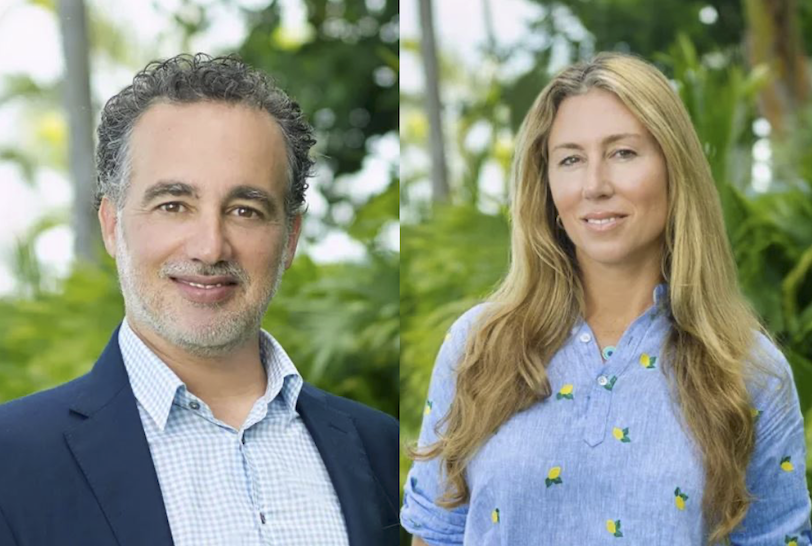 The Corcoran Group recently announced that The Freud Team, Zelda Freud, and Michael Wiesenfeld, are joining the firm. The team will operate out of Corcoran’s Miami Beach office led by Senior Managing Director Lily Zanardi.

Freud and Wiesenfeld come to Corcoran from South Beach Estates, where they specialized in middle-market, luxury homes, and multi-family assets throughout the greater Miami area. Both have international backgrounds – Freud grew up in Italy, Panama, and Switzerland, and Wiesenfeld grew up in Paris – and the duo has a broad global network of clients, including FIFA World Cup champions and Grammy Award-winning artists like David Guetta.

After getting their starts in the industry separately, and after successful careers in human resources and market research, Freud and Wiesenfeld joined forces in 2010. The Freud Team is known for their out-of-the-box approach when it comes to buying and selling real estate. They also offer full-service property management services, including marketing, tenant management, interior design, and repairs.

“Corcoran is very proud to welcome Zelda and Michael with their many years of experience and knowledge of the real estate market,” said Zanardi. “They have created an invaluable international network, and with Corcoran’s support, will cement themselves as top Miami agents.”

On the move, Freud remarked, “When Michael and I decided that we needed a change to grow our business in the Miami area, Corcoran was the only firm we considered. As the market changed, we realized we needed the support of a larger company with deep ties in Miami to thrive. Corcoran is a big-name brokerage with a boutique sensibility that will support us as we look to continue expanding our local business.”

Wiesenfeld added, “I moved to New York in 2001, and Corcoran was my go-to website for real estate. It means a lot to me that our team can now be a part of this landmark institution. Our clients will place their trust in us because of the trust they also have in the Corcoran brand.”

Freud is a published author who has a master’s degree in Human Resources & Psychology and Media Ecology. Previously she was an assistant professor for Doctorate students in Psychology at the University of Geneva and the head of human resources at RF Binder Partners in New York City. Wiesenfeld has a master’s degree in Sports Business and comes to real estate after having worked in marketing research. He is also a co-founder of The Charity Guys, an organization that co-produced the United at Home charity concert series with longtime client David Guetta, raising $1.7M for the COVID relief and selling over 100 Ethers (ETH) worth of NFTs, homes and lands in Beat AlphaVerse, a music-based metaverse. Freud and Wiesenfeld are also partners in life and have two children. They reside in Miami.