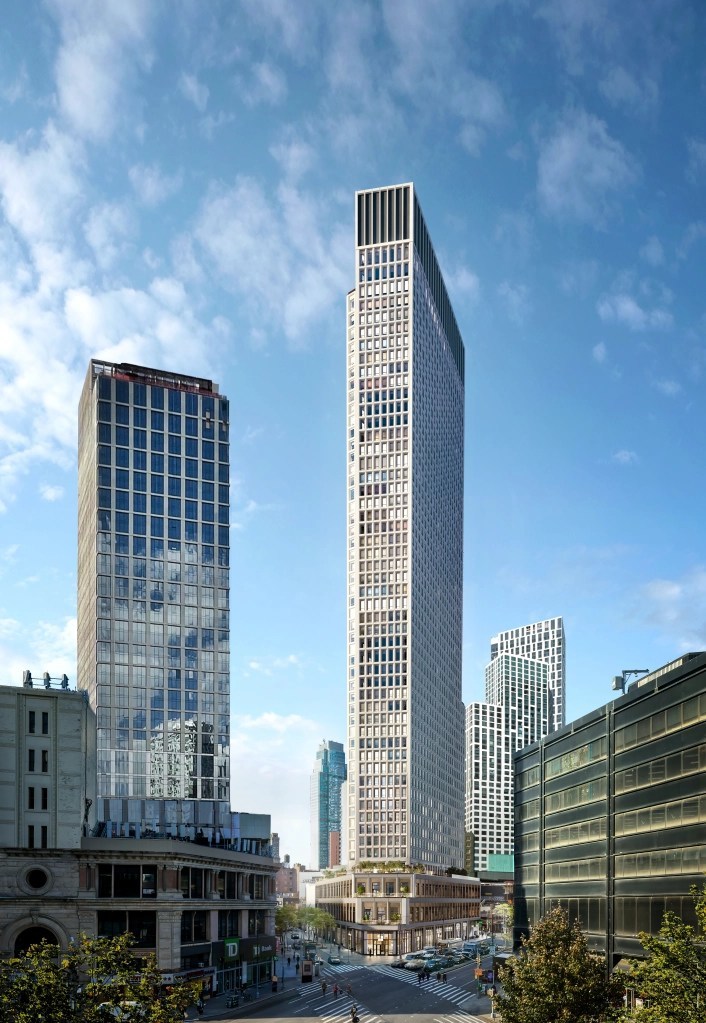 Walker & Dunlop’s New York Capital Markets team has structured approximately $388.4 million in financing from Bank of America for The Brook, a development consisting of 448,000 rentable square feet of luxury, mixed-use multifamily and retail space located at the cross-section of Fulton Street, Flatbush Avenue Extension, and DeKalb Avenue in Downtown Brooklyn. The bookending development is located steps from the Fulton Mall, and a five-minute walk from the Barclays Center.

Walker & Dunlop’s New York Capital Markets team including Aaron Appel, Keith Kurland, Jonathan Schwartz, Adam Schwartz, Michael Ianno and Sean Bastian was retained by Witkoff and Apollo Commercial Real Estate Finance Inc., which is managed by an affiliate of Apollo Global Management to arrange the financing for the construction of The Brook. The property will be split between two development sites with the larger Eastern Site at 565 Fulton St. and the Western Site at 547-557 Fulton St.

The Eastern Site consists of a 51-story mixed-use tower that will feature 591 thoughtfully designed studio, one-and two-bedroom apartments utilizing the Affordable New York (ANY) and Inclusionary Housing (IH) programs and over 30,000 square feet of amenity space. Residents will have access to a plethora of indoor and outdoor amenities including an outdoor pool with cabanas, dog run park, a fitness center, a half basketball court and multiple resident lounges. The Eastern Site also offers over 17,200 square feet of above ground retail space at the base of the building.

The retail site on the Western parcel will offer nearly 14,000 square feet of retail space next to Albee Square. 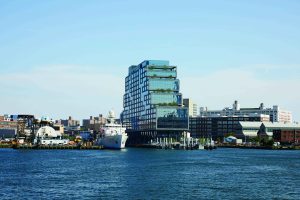