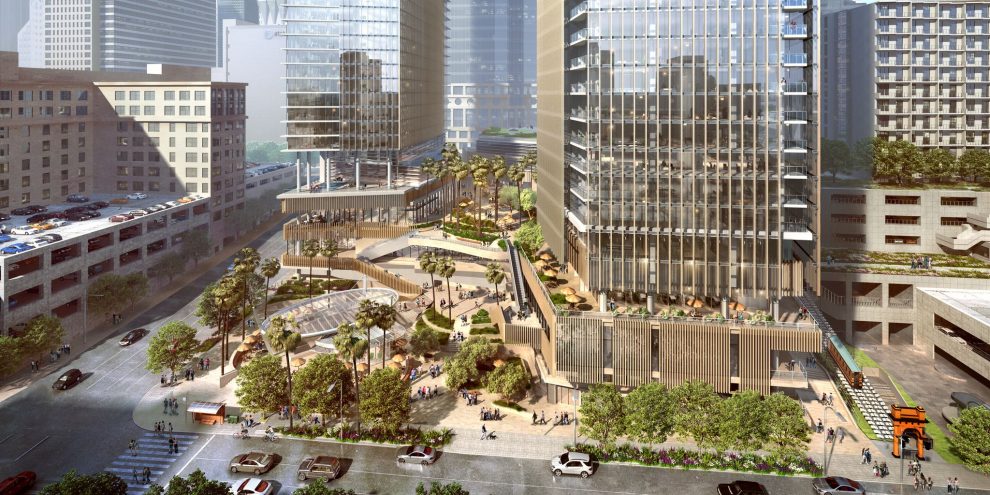 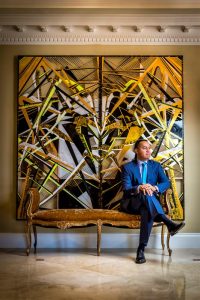 At first glance, Angels Landing, to be built in Downtown Los Angeles in time for the city to host the 2028 Summer Olympics, would appear to be another outstanding example of urban development, adding jobs and revenue.

But the story goes deeper. Being developed by Angels Landing Partners LLC, a venture of minority-owned developers MacFarlane Partners, The Peebles Corporation and Claridge Properties, Angels Landing will be an example of how diverse firms can make a difference by providing opportunities for businesses run by women and persons of color, despite the lack of local requirements. “

There are two major issues confronting this country. One is socioeconomic: economic inclusion, as we’ve seen from the protests, [excluding] African Americans and women, who have raised the bar on economic inclusion,” said Don Peebles, Peebles Corporation chairman and CEO. “And we had the worst global pandemic in 100 years. How do we come back from that? How does Los Angeles come back, especially Downtown L.A.? We believe that Angels Landing meets those two moments.”

The $1.6 billion Angels Landing will feature 180 condos, 252 apartments and 260 hotel rooms in two towers. The 900-foot tower will be a five-star luxury resort with condominiums above that will benefit from hotel services and amenities. Joining it will be a 500-foot tower hosting a lifestyle hotel brand and apartments. They will surround a terraced, ground-level open-air public plaza in the Bunker Hill area. The multilevel, publicly accessible and privately managed space is intended to create a pedestrian-oriented gathering place for residents, transit commuters and visitors.

“It will be an economic engine that’s leading the way for Los Angeles,” Peebles said. “It will be a symbol of the recovery from COVID-19 and show a new way of economic inclusion, hopefully setting the standard for other economic opportunities.”

The idea of the project is to recapture the people who are working downtown. “We’re in the cultural arts district. Many of the new restaurants were coming downtown and they’re beginning to reopen,” Peebles said.

Bunker Hill has been undergoing a redevelopment of the city’s downtown area for decades, including the development of the Walt Disney Concert Hall, convention facilities (now being expanded) and more. Angels Landing will be a critical piece of the puzzle, with the timing especially significant. But the plan long preceded Los Angeles’ selection to host the Games, Peebles noted. Peebles won a competitive process for the site and got it under control in 2017. Then Peebles began a lengthy zoning and environmental review for each element of the project. Unlike New York, where developers can buy a parcel and know how it’s zoned so they can determine what to build as a matter of right, and get underway in a year or less, California requires comprehensive land reviews in a participatory process, including the public.

“It took us almost five years. We finished it and got through the appeals period in late May,” Peebles recounted. “That’s how long we’ve been working on it.”

The project is being designed by New York City-based architect Gary Handel and is now in the construction drawing stage. The goal is to create a landmark building that will draw people from other areas who would not normally consider downtown. The partners are aiming for Silver or Gold LEED certification.

Financing is also being arranged. Peebles and partner Victor MacFarlane have invested, and plans call for institutional limited partner capital, and debt capital.

“We have a good sense of the lenders,” Peebles said. “We feel confident.”

Tax-increment rebate financing is also involved for the hotels. Historically, Los Angeles had offered 100% rebates of property tax revenues to drive the hospitality sector; that was later reduced to 50%, but Peebles is hopeful that that percentage will rise again as Los Angeles once again requires more hotel rooms.

The various components of Angels Landing will be built simultaneously, after a nearly two-year excavation process that must also take into account the nearby Pershing Square subway station. In all, the project will bring more than 8,300 new jobs during construction, more than 500 new jobs by vendors serving the completed development, $3.8 million in transient occupancy tax revenue, $12 million in recurring tax revenues and $1.6 billion in local economic infusion.

But it’s also bringing opportunity. California offers no benefit in contracting based on gender or racial diversity in the bidding process. But the partnership is doing so anyway, committed to dedicating a minimum of 30% of its contracting to minority/women-owned business enterprises (MWBE).

“New York, for example, has robust MWBE programs, aimed at knocking down the barriers for women and minority entrepreneurs,” he said. “There is no benefit to us, but there is a lot of expectation of us. And there should be.”

Peebles Corp. has long had a commitment to what it calls Affirmative Development, which it defines as “to be transformational; to create environments of economic opportunity for minorities and women in business by using both the company and its projects as vehicles for change,” according to its website.

Led by Victor MacFarlane, chairman and chief executive officer, MacFarlane Partners focuses on investments that promote smart growth, urban revitalization and sustainability in urban and high-density suburban submarkets of select gateway cities within the United States. Based in Los Angeles, Claridge Partners was founded in 1999 by developer Ricardo Pagan, with a strong commitment “to employing the best talent from all backgrounds, in turn ensuring that we benefit from various perspectives that enable us to exceed the highest standards for all stakeholders.”

Other Peebles projects in New York had established minimum thresholds of 20% MWBE contractors, only to see the firm hire these firms for close to 40% of its business. The group plans to pair a national general contractor with a woman- or minority-owned construction company to give a diverse firm an opportunity.

“People historically think that being inclusive results in a more costly or inferior project. It actually results in a better project,” Peebles said. “You have a wider lens to develop untapped talent, to identify women and businesses of color because they’re getting so much fewer opportunities.”

Governments may be precluded from having these goals, “but we’re not,” he continued. “We made a decision to commit to these goals and hope to vastly exceed them and are doing a robust internship program so that women and kids of color can look and learn on the project.”

Peebles Corp. is already doing so in other cities, hiring a minority-led architecture firm and a woman-led engineering firm for projects in Boston. While many developers focus on the design of the project, Peebles wants a different tale.

“For us, the story is about how we’re building. Are they environments of opportunity? Are they part of a transformation? More often than not, they are not,” he said. “I think it’s very important that our company and others lead the way.”

Real estate is a capital-intensive business, totaling some $70 trillion. Yet less than 3% of that sum comes from people of color and women combined, he said. Very few real estate private equity firms are run by women, and New York State does not invest in first-time funds, precluding entrepreneurs from getting a dime of funding.

“It’s just an unfair system,” he observed. Fortunately, “there is less tolerance and a growing sense of awareness of the aspects that impede progress.”

Construction labor shortages and the the protests around the 2020 killing of George Floyd have created a new awareness of the lack of diversity in many industries.

“We’re meeting the moment in this country,” Peebles said. “We have a clear acknowledgement by most people in this country that women and people of color have confronted unreasonable obstacles to pursue their version of the American Dream. That’s the story about Angels Landing — how we build Angels Landing will set us apart and hopefully usher in a new standard.”

And with the world coming to visit in 2028, that story can be even more widely told.

“That will be a statement for America,” Peebles said. “They’ve seen the protests. They know our history, the challenges women and minority businesses have confronted and hostile environments. Angels Landing will be one example of how our country can grow.”