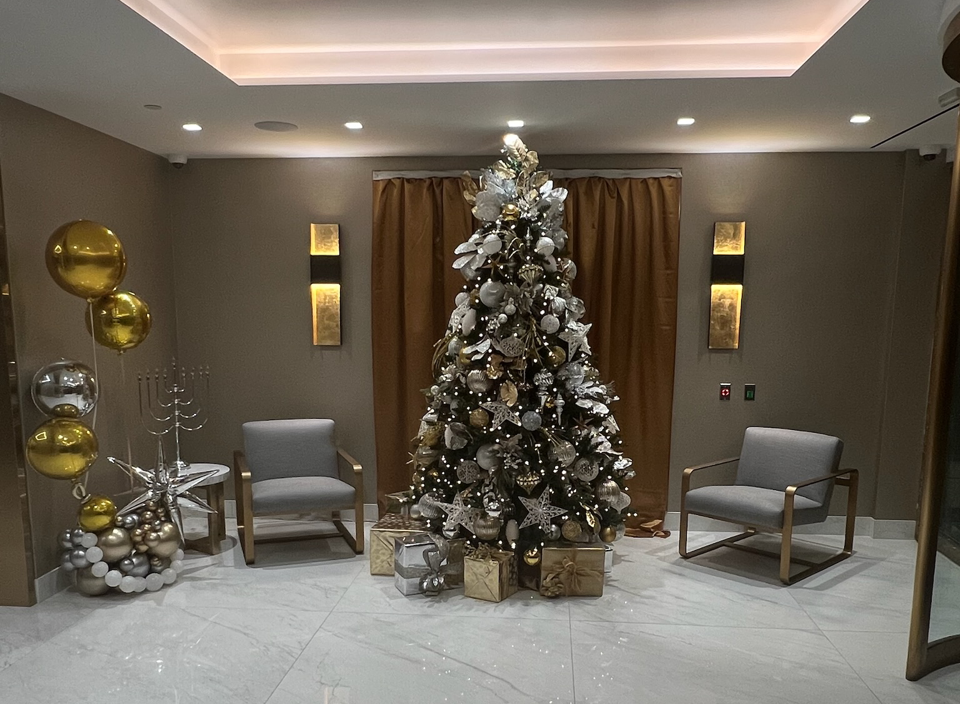 Inside what was once billed as the “World’s Most Famous Location” with 2,000 modern rooms featuring TV’s and air conditioning, the famous Hotel Taft in New York was, in its heyday, one of the premier “tourist hotels” in the city. Before that, the property went by another name where they advertised circulating ice water, private baths and in-room radios for $2.50 per night but it was shuttered during prohibition for selling alcohol.

Reopened as the Taft, it was popular among theater goers and celebrities like the Beatles and the Rolling Stones, until the 1970’s when the area was in decline. Located in the heart of midtown Manhattan at 150 W. 51st St, in the mid-80’s, it became part hotel, The Michelangelo and part residential, Executive Plaza, and has stayed that way since. In the early 1990’s, Suzanne Miller founded Empire State Properties (ESP) in the Executive Plaza and pioneered the concept of selling and/or renting luxury residences to major corporate placeholders, offering a new, luxury lifestyle concept for investors and business executives. This novel approach to upscale, modern residential living created a new option for ESP’s corporate investors to purchase furnished residences as well as provide its clients with upscale places to stay on a revolving basis.

With New York City getting back to business and corporate travel resuming to pre-Covid-19 levels, The Executive Plaza and Empire State Properties have announced the Grand Opening of its new lobby entrance. Harkening back to the property’s days as a “marble temple of grandeur”, the state of the art entryway and lobby-concierge area now welcomes guests and residents from across the globe to New York City.

“It’s where the titans of industry and business can have the same, superior quality place to stay with a broad range of services and amenities whether they are living in New York for a short time or long term,” says Suzanne Miller. “The entire entrance is much brighter and more inviting than it was before and it gives it a wide open feel similar to how it must have been in the 1920’s when all the Broadway legends stayed here.”

The new renovation has updated the lobby for the first time since it was known as the Hotel Taft. Empire State Properties has its corporate headquarters in the Executive Plaza where it handles the rentals, sales and management of the residences. ESP is one of the most prominent real estate companies in NYC with an international clientele of short and long-stay clients seeking furnished and unfurnished units in the city. Empire State Properties was founded in the early 90’s by extended stay inventor/pioneer Suzanne Miller when she saw the need for furnished rental apartments for business travelers for extended stays in Manhattan. Since the early days, her company has expanded to the outer boroughs and even the Hamptons for summer rentals for corporate traveling during the summer.