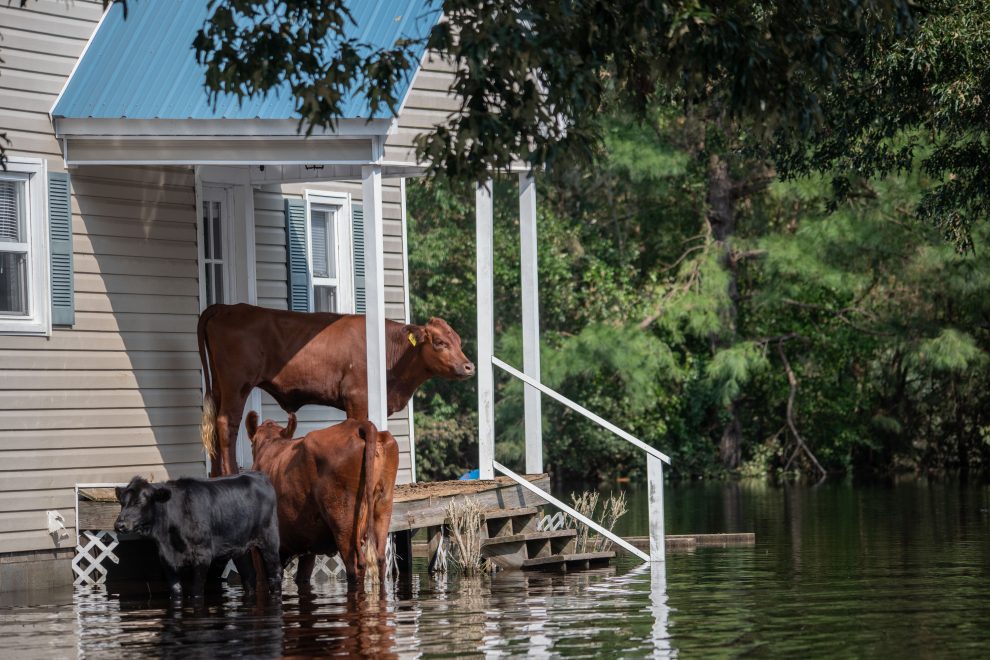 The $800 billion United States home insurance market is currently being challenged by three significant market conditions. The companies that respond the best to these challenges will provide the biggest benefits to consumers and win their trust, while old-fashioned insurance agencies that fail to adapt, risk becoming irrelevant very quickly.

It’s important to understand how market conditions affect an industry as large and valuable as property insurance — both as a homeowner shopping for home insurance policies and as a potential investor seeking to understand how insurance companies can gain significant market share heading into 2023.

How Inflation Affects Home Insurance
Inflation wreaks havoc on all types of consumer goods and services, and insurance is not immune to its damage. The cost of insurance rises during periods of inflation in response to the cost of items that impact claims and premiums.

For example, the cost of repairing a home has increased in 2022. Materials and labor costs have gone up due to inflation and a shortage of skilled labor. As the cost to cover a claim spikes, insurance provid- ers raise their premiums. That’s a costly double hit for the consumer.

For consumers who are already feeling their budgets squeezed by rising prices just about everywhere, higher insurance rates can be crippling. The good news is that this is an ideal time for consumers to shop around. In addition to finding lower premiums from a different provider, consumers might also discover discounts and incentives that they didn’t know they qualify for.

Customization of insurance coverage is key during times of high inflation. It’s important for consumers to compare rates from as many companies as possible to make sure that they aren’t paying more than they need to or paying for items on their policy they do not need.

Companies that can leverage bundles while lowering overhead by keeping staffing and internal costs down are able to pass more savings on to the buyer. Times of higher inflation put a strain on everyone, but they can also reveal which insurance companies are working with the consumer’s best interest in mind.

Natural Disasters are Increasing
Tracking data on natural disasters reveals a dramatic increase in catastrophic events, especially from 1980 to today. In the 10 years, natural disasters have cost the US $200 billion per year. Similar to the inflation model, as costs of repairs increase with the frequency of natural disasters, the cost of insurance premiums will follow.

In addition to homeowner’s insurance premiums going up across the country, many property owners are not properly insured against catastrophic events like floods. According to the Federal Emergency Management Association (FEMA), floods are the most common and costly natural disasters in the United States. Still, many homeowners are misinformed about flood insurance. There are several misconceptions about what flood insurance covers, how to buy it and what it should cost. It’s important to consult an agent who can offer guidance on insuring a home against natural disasters, like floods. Too many homeowners discover after a flood that their policy doesn’t actually include flood insurance.

The truth is: all home insurance policies should include flood insurance. It’s too big of a risk right now for a homeowner not to have it. Homeowners who think they are protected because they live in a desert climate that isn’t listed as a flood zone should consider the recent deadly flooding that occurred in Southern Nevada including Las Vegas. In fact, FEMA notes, 25% of all flood claims come from people living outside of high-risk flood areas.

With climate change causing an increase in catastrophic weather events across the country, the environmental impact to the insurance industry will only become more severe. It’s important for consumers to understand what their policies do and do not cover when it comes to natural disasters.

This type of coverage is also a big differentiator when comparing insurance companies.

Insurance Shopping Rises
A rise in remote work opportunities encouraged many Americans to move, during the height of the pandemic and continuing into 2022. Forbes reports that the Southeast saw the biggest increase in population, as people left places like California, New York and Chicago for warmer and less congested states like Texas, Florida and South Carolina.

As more people got mortgages in states where they hadn’t previously lived, many homeowners got their home insurance from companies they hadn’t previously done business with. While almost every state in the country saw home insurance premiums increase, lower taxes, housing prices and the overall lower cost of living made the Southeast very attractive to budget-conscious consumers.

This influx of new residents offers a valuable opportunity to insurance companies that cover Southern states. Providers who can offer competitive rates and superior customer service should be able to grow–despite challenging economic times.

According to a Consumer Pulse Survey conducted by Transunion in Q2 of 2022, topping the concerns of most Americans are inflation, the possibility of a recession and increased housing costs. As people reduce their spending in response to anxiety, they also take a closer look at their current expenses, including what they pay for home insurance. More consumers are likely to visit digital insurance aggregators in times of uncertainty. The ability to personally compare rates from over 50 insurance providers at once, without having to speak to a salesperson, gives people a sense of control that they want — especially when facing an uncertain future.

The homeowner’s insurance market is very complex and still fragmented despite recent consolidations. Many insurance companies have failed to modernize their systems to the levels of customization and speed that consumers expect from service providers. That puts offline insurance companies at a huge disadvantage — at the very same moment when more people are shopping around.

According to a Consumer Pulse Survey conducted by Transunion in Q2 of 2022, topping the concerns of most Americans are inflation, the possibility of a recession and increased housing costs. As people reduce their spending in response to anxiety, they also take a closer look at their current expenses, including what they pay for home insurance. More consumers are likely to visit digital insurance aggregators in times of uncertainty. The ability to personally compare rates from over 50 insurance providers at once, without having to speak to a salesperson, gives people a sense of control that they want — especially when facing an uncertain future.

The type of insurance company that will be seen as the remedy to all the insurance anxiety people are feeling will be one that has the best access to the data needed to deliver quotes from the most providers, offer a seamless online shopping experience, and be able to ensure people that they are getting the coverage they need at the best price. Survivors know how to turn challenges into opportunities. The home insurance landscape will reveal this truth as well as any industry heading into 2023.