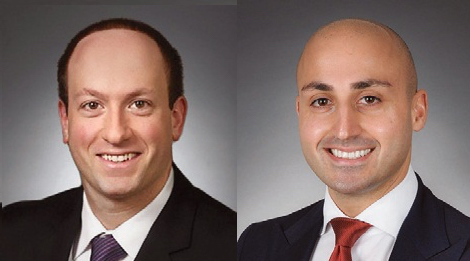 Many cooperatives and condominiums have, for decades, overlooked potent statutory rights, enabling them to recapture building amenities currently under long-term, unfavorable leases with their developers. Those rights were first promulgated during the 1980s cooperative and condominium conversion boom.

Part one of this two-part series explores the historical backdrop and statutory underpinning for this little- known and underutilized federal statute, while Part two discusses the statute’s continuing vitality — offering new hope to cooperatives and condominium boards interested in deploying these robust rights.

It All Started With Simple Supply and Demand

In the late 1970s, housing demand surged as the real estate market was flooded with baby boomers, divorcees and the elderly. Developers converted existing rental properties to cooperative and condominium status. In the process, many developers exploited their initial control over these newly-formed entities, carving out for themselves (and their affiliates) longterm leases of profitable on-site building amenities (e.g., parking garages, laundry facilities) — often on self-serving “sweetheart” terms.

In 1980, the United States Congress enacted the Condominium and Cooperative Protection and Abuse Act (15 USC 3601 et seq.) (the “Abuse Act”) to “prevent specific abusive practices in the cooperative and condominium process particularly ‘sweetheart’ lease arrangements and self-dealing contracts.” It armed cooperative shareholders and condominium unit owners with a “potent weapon” — i.e., “the federal right to terminate self-dealing leases, without having to resort to judicial action,” and recapture their building’s valuable amenities.

Not All Leases Were Created Equal

To be sure, not all leases are terminable or restricted under the Abuse Act. To qualify and beocme certified, a lease must: have been executed after October 8, 1980; cover property that “provides for operation, maintenance, or management” of “a cooperative/ condominium or serve its constituents;” be between a cooperative/condominium and its sponsor-developer; have been entered into while the cooperative/ condominium was under “special developer control or because the developer held a majority of votes;” and exceed a term of three years (15 USC 3607[a]).

There is no catch. But qualifying leases may be terminated only during a narrow and ill-defined two-year window beginning from the earlier of when the developer (a) loses “special developer control” over the project, or (b) ceases owning more than 25% of the project’s units (15 USC 3607[b]). While the plain language of the statute strikes a discouraging note for buildings of older vintage, even leases dating back to the 1980s may still be eligible for termination.

“Special Developer Control” Does Not Equal Board Control

The statutory definition of “special developer control” is expansive, embracing “any right arising under state law, cooperative or condominium instruments, the association’s bylaws, charter or articles of association or incorporation, or power of attorney or similar agreement through which the developer may control or direct the unit owners’ association or its executive board.” Indeed, long after losing formal control over a project, developers often retain the right, under the project’s governing documents, to veto amendments to cooperative and condominium bylaws — and that power alone may constitute “special developer control.”

Next month, Part two will analyze how the 25% ownership threshold is calculated and explore recent litigation that may offer new hope for revisiting termination rights.