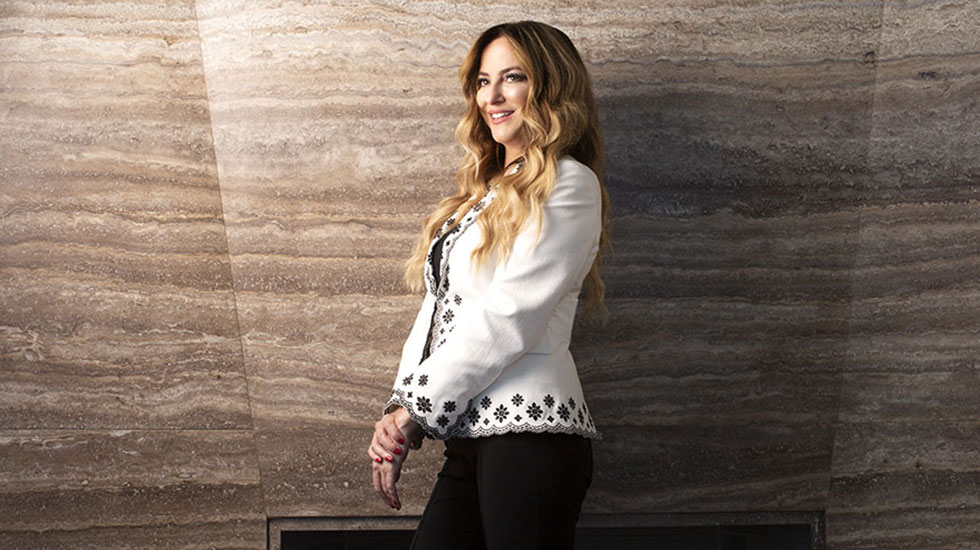 Robin Dolch is the founder of Hundred Stories, a leading luxury real estate-focused public relations and marketing company headquartered in New York City, with soon-to-be-launched footprints in Los Angeles and London. She is recognized as the “go-to” expert and communications strategist for top real estate developers and their projects. To get to the heart and soul of their most important stories, and to move the needle on price per square foot and sales momentum in the process, industry titans continue to turn to her firm year-after-year.

Likewise, her background as the daughter of two real estate professionals and as a journalist gives her a reflex-like appreciation for all sides of a project. On any given day, Dolch can be found spending time with maintenance people, supers, brokers, top executives, and architectural teams, making sure all voices are heard. Most importantly, she works with clients one-on-one, giving them her undivided and ongoing attention.

She also is keenly aware that in order to become and remain successful in New York City market, it is critical to think outside the box and create the type of exposure that makes your clients stand out. As a result, Hundred Stories goes beyond traditional media relations, offering multiple additional capabilities, including communications strategies, branding, content creation, marketing, trend forecasting, strategic partnerships, social media, and events.

Perhaps the biggest differentiator of her firm is its uncanny ability to completely ratchet up the demand for an asset through innovative alliances and unique building programming. It’s as if the firm can magically create a coveted lifestyle that has never been seen before and will resonate with the desired demographic.

Dolch credits her parents for her deep understanding of the inner workings of real estate. Her father, Howard Dolch, is a founder and SVP of Lansco Corporation, a commercial and retail brokerage firm. Her mother, Sharon Hite, was a broker with Douglas Elliman in New York. Growing up, Dolch was surrounded with floor plans, board packages, extensive leases, and overheard negotiations—a skillset that she would master in the coming years.

After graduating from Horace Mann and the University of Virginia, she pursued a career in publishing/journalism, and founded ICON Magazine, and then later joined her mother in the residential real estate business.

Just like any real estate rookie, Dolch started off showing apartments to recent college graduates and other budget renters. This presented its own set of challenges, such as finding an apartment that would satisfy the demands of not only three roommates, but also their anxious parents (and step parents). However, she saw this “brokers nightmare” as an opportunity to learn the nuances of client psychology and direct dial virtually every landlord and building owner in New York.

Continuing to climb her way up the brokerage ladder, she worked with higher priced rental units and eventually moved onto condos, prewar co-ops, resales, and glamorous new developments.

“While I got to see beautiful homes, from townhouses and classic nines to gleaming glass towers, what I really learned was how to broker a deal—what goes into understanding the value of real estate, and how to communicate with buyers,” Dolch said.

Dolch’s knack for storytelling kicked in and during her broker days she would sell clients on the “magic of the home,” not just the property itself. She knew if the client didn’t feel an emotional connection to what they were buying she might lose the deal.

It didn’t take Dolch long to realize she could combine her two passions: real estate and communications. This was her motivation for her move toward public relations, where she got her start at Rubenstein Associates, Inc.

Dolch recalls her first ever real estate PR project back in 2006: The Octagon on Roosevelt Island. Formerly an insane asylum and the Metropolitan Hospital, a fire and years of neglect eventually destroyed the entire complex. Her client’s vision was to rebuild the central tower and its famous “flying staircase” to its former glory, and create a new standard for luxury living on the island.

From inviting the last graduating classes of the hospital’s nurses (most in their eighties and nineties) to tour the building for a reunion, to playing up Charles Dickins’ admiration for the building’s architecture in his American Notes, Dolch mitigated the building’s unappealing past and drew positive publicity to the project with her imaginative vision. She also recalls having to deal with a PR catastrophe the very first day the building opened: the Roosevelt Island tram broke down in the middle of the East River and it was out of commission for five months. The solution? Evangelize the F train and its “two minute ride to and from Bloomies.”

“Real estate can often be seen as transactional and to some degree you can get caught up with the appliances, the type of marble in the bathroom, or the exact kind of wood on the floors,” says Dolch. “But when the property has a rich history, there’s a human factor to it that takes it to a whole new level—and that is really powerful.”

Following the success of her first project, Dolch’s strategy and client base evolved, and she credits her entrepreneurial spirit for discovering the market’s need to have a firm that combined press with other avenues of creating exposure.

Offering custom marketing initiatives alongside traditional press, Hundred Stories has been able to differentiate luxury New York City buildings by collaborating with synergistic brands and institutions, such as Bergdorf Goodman, 92Y, the New York Philharmonic, and more. The influence, reach, and marketing arms of the firm’s partners has proven powerful in generating press coverage that reaches an ideal target demo specific to each client and project from around the globe.

Hundred Stories’ signature event is the regularly sold out “City of Tomorrow: Real Estate, Architecture, and Design Summit” at the 92Y. The annual symposium brings together today’s pioneering real estate developers, architects, and interior design innovators to explore new departures, trends, and initiatives for the NYC landscape. The 2019 conference will take place March 18-19.

The firm recently moved into a new flagship office to better accommodate its growing client list. They look forward to expanding their conference series to other key markets and launching some new initiatives in 2019. Be sure to keep an eye on this company,! It still has hundreds more stories to tell.