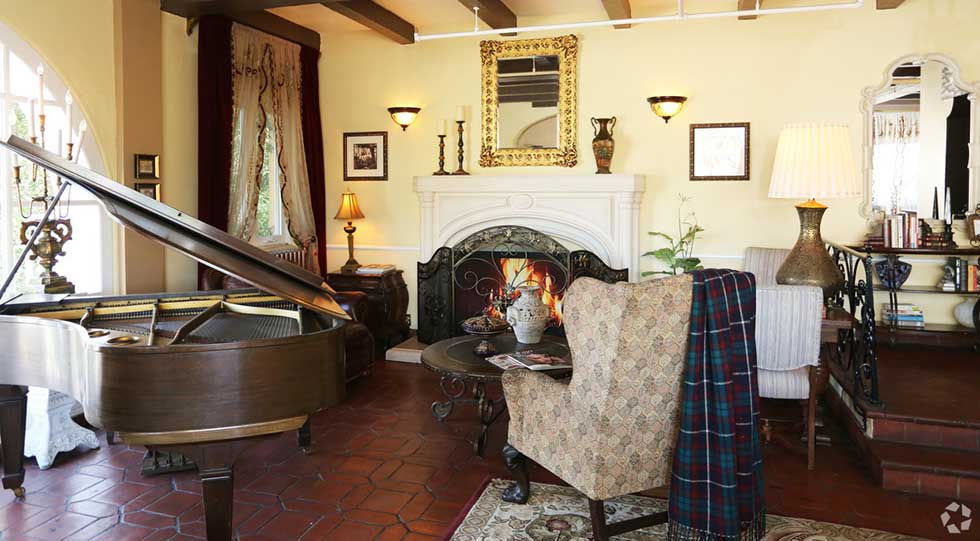 It is nearly impossible to discuss Hollywood real estate without taking a look at the cinematic history of many older buildings around the city. Up the famous boulevards and down the residential streets, many legendary buildings that were once a filming location or the home of a beloved star can be spotted. At the top of the hill on North Ivar Road sits the Chateau Alto Nido, which was immortalized in the 1950’s blockbuster hit, Sunset Boulevard.

Directed by Billy Wilder, the film stars William Holden as the main character, Joe Gillis, an aspiring Hollywood screenwriter trying to make a name for himself in La La Land. Gloria Swanson plays the role of former Hollywood starlet, Norma Desmond, who becomes involved in a dangerous relationship with Joe. Alto Nido serves as the setting for Joe’s apartment, where a few scenes were filmed with William Holden in one of the now-occupied apartments. The exterior of Alto Nido was also the setting for one of the famous scenes and has since become an iconic sightseeing spot for film-noir fans.

The preservation and restoration of this beloved, historic building can be credited to the buildings management and investor team at Universe Holdings. Universe Holdings acquired the property in 2001 and renovated parts of it, while maintaining the integrity of its history, in order to return the building to the old Hollywood haven it once was. The management team has protected the rich history of the building by restoring the original floors and fixtures, while the freshly landscaped courtyard out front functions as a place for residents to find inspiration to create and craft their art.

As part of the restoration, the building’s managers decorated the lobby to manifest Hollywood’s golden age. Using antique furniture mixed with some original pieces, along with numerous photographs of some of Hollywood’s biggest stars, guests will feel as though they have stepped back into a previous era as soon as they cross the threshold.

Chateau Alto Nido is composed up of 45 units total—13 studio apartments and 32 one-bedrooms. It is seven stories with 44,000 square feet. It also has 23 parking stalls available to residents, as well as a gym, laundry room, and conference room.

The Spanish-Colonial style building, with its red tile roof and wrought-iron balconies, was built in 1930 and was first used as a hotel. Around the late 1940s it was converted into an apartment home and became a residence for aspiring actors, screenwriters, and dreamers hoping to make a name for themselves in tinsel-town.

According to The Movieland Directory, a few of the recognizable names that took up residence in Alto Nido during the golden age of Hollywood were Roscoe “Fatty” Arbuckle, Claudette Colbert, Pat O’Brien, George Cukor, and Al “Grandpa Munster” Lewis.

For more information regarding the building or to contact management, please visit www.altonido-apt.rentals.

Universe Holdings was established in 1994 as a real estate investment, management and development company. The company has completed investment transactions involving the purchase and sale of more than 6,000 units of multifamily housing. Universe Holdings diverse portfolio includes many multifamily housing buildings across Los Angeles, San Fernando and San Diego counties as well as in the Inland Empire. For more information, please visit universeholdings.com.