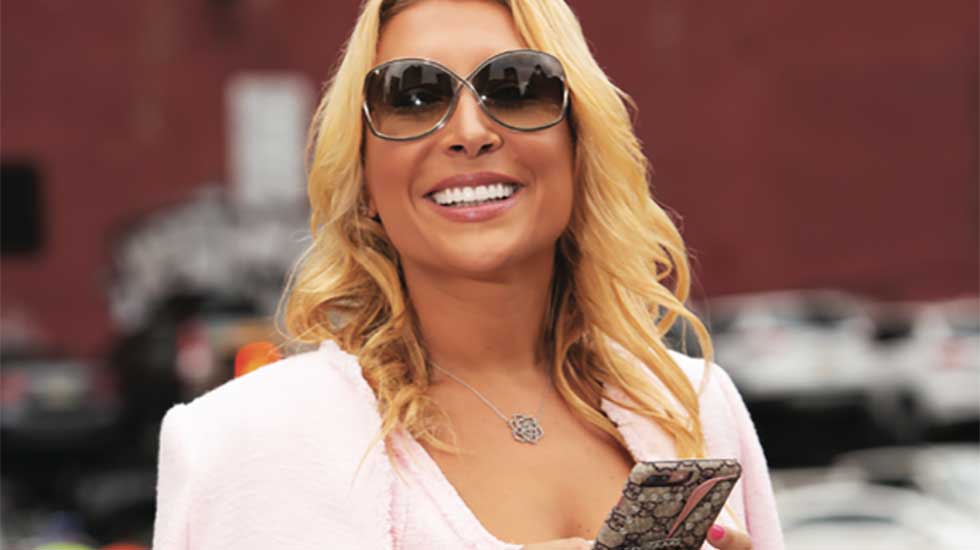 Through professional challenges and personal pain, Nicole Gary keeps on adapting and thriving

Real estate is a cyclical business, and adaptation is necessary to survive and thrive; just ask Nicole Gary, associate broker and CEO of The Nicole Gary Team at Keller Williams Tribeca, who in two years has broadened the scope of her luxury residential business to include more listings and commercial space. What’s more, she remains positive about the business and life despite the challenges of New York real estate as well as her own personal loss.

Launching her sales career in her teens by working in telemarketing for David Lerner Associates, Gary joined Keller Williams as a real estate agent in 2013 because of its entrepreneurial philosophy. She was an instant success, becoming Rookie of the Year, Rising Star, awarded top sales team, and later selling a condominium at Time Warner Center for a then-record price of $4,546 per square foot. Gary then rapidly built a team that pursued sales in the $30 million range, and was selected to be part of Keller Williams’ Agent Leadership Council. Late in 2016, she saw signs of a shift in local real estate, and began retooling her business to accommodate the new reality.

“The market began to shift away from luxury,” as high-end listings stayed on the market longer, Gary says. “I started taking on more listings that were under $2 million to keep deals flowing, and I was selling many more units, at a lower price point.”

With rising interest rates and the impacts of the new tax law, the New York market is facing more headwinds than in the past. Gary reported that some of her foreign clients are looking to liquidate their U.S. holdings to invest in Europe. Right now, she’s working with fewer buyers from China than two years ago, as Chinese laws have become more restrictive in moving money out of the country. South American buyers are also facing greater local challenges in investing overseas.

The result: Prices are down, inventory is up, and buyers are being much more cautious. Relationships are even more critical.

“It’s much more of a buyer’s market today. I’m still working with luxury buyers and there are deals out there, even in new development. In fact, I can get my clients into shadow inventory, apartments that are not yet on the market, because of my good relationships with developers,” Gary notes.

Domestically, the new tax laws have affected the business for all her clients including the most upscale buyer.

“My $3 million buyer has become a $2 million buyer,” she says. “The luxury buyer is less affected. Many of my hedge fund clients are leaving New York and moving their businesses down to Miami or elsewhere in South Florida because of the tax situation. It’s certainly affecting the real estate business.”

The South Florida market still has great opportunity, with a lot of inventory available, especially in Miami, she adds. While the vacancy doesn’t compare to that during the market crash of 2008, prices are coming down in a manner similar to New York.

Gary is a Tribeca resident—the fashionista, known for her love of pink (down to her nail polish) and SoulCycle aficionado, is happily exploring the shopping and burgeoning restaurant scene in Tribeca and all of Downtown Manhattan, including Brookfield Place and The Oculus.

Gary is also expanding her business to include new sectors, possible new markets, and even more collaboration within the Keller Williams framework. That includes extending her team’s reach into commercial real estate, with an exclusive on an Upper West Side building that can double as a development site.

“I have been in contact with neighboring owners to create a larger development site and sell it as a package deal,” she notes.

Another commercial project she is working on is located in Kips Bay, and Gary is constantly seeking locations for developers. These transactions require patience, she observes: A $280 million hotel deal fell through about a year ago.

“I work on many of these every year, but it is tough to close these commercial deals,” she says. “If I throw 100 deals out there and close one per year on top of my residential business, it’s great.”

Today, Gary’s staff includes a director of operations, a showing agent, two buyers’ agents, a hybrid agent, and two referral agents, one based in Aspen, CO and the other in Orange County, California, who refer clients to her. She is also already expanding her team’s reach into Bergen County, South Florida, Los Angeles, Chicago, and possibly Australia. Working within Keller Williams extends her influence with foreign clients, as she and her network around the world exchange referrals and information regularly.

“My clients look at me as their U.S. and global real estate advisor. Since Keller Williams is global, I have partners all around the country and the world from Dubai to London to Italy, Portugal, Japan, and Mexico. The list keeps growing,” she says.

Aside from its global reach, the support from the company’s massive agent network was invaluable during a heartbreaking challenge: the unexpected death of Gary’s husband of less than one year in September 2017, with colleagues around the globe offering assistance, sympathy, and business support.

“Keller Williams truly came together as a family,” she says. “And I’m focusing my energy on all good things, on my work, on travel, and living life to the fullest.”

That actually isn’t surprising, given the priority Gary says she places on relationships, always supporting her clients’ causes and charities.

“My clients are my priority, and they become friends for life,” she says.

And that includes remaining positive even as the market goes through its expected correction.

“Some buyers are a little leery, but this is actually a good time to enter the market,” Gary says. “This is almost like 2009–there are deals to be had out there. People should get these deals right now before interest rates rise. There is always a good time, no matter what market you’re in. Historically, from the 1960s on, Manhattan real estate has always increased after a dip. It’s always a good investment, and if you can get a good deal, it’s a good time to buy.”