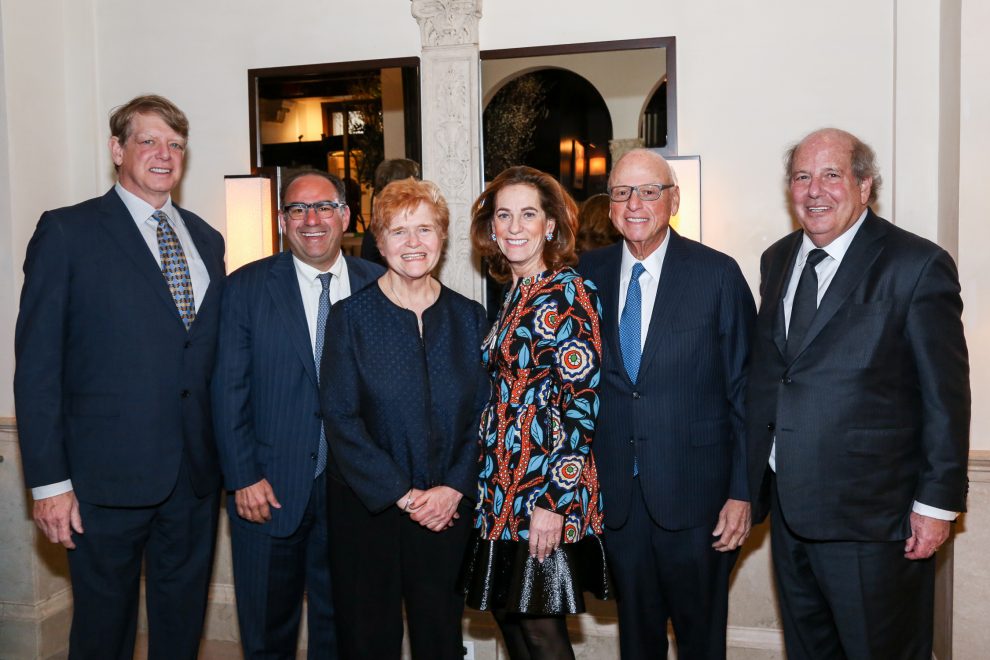 “With the alarming rise in antisemitism worldwide, we felt that it was imperative to convene some of the Museum’s most staunch supporters for an important briefing on antisemitism at this year’s New York Real Estate Luncheon,” said Andi Barchas, director of the Museum’s Northeast office. “Antisemitism did not end with the Holocaust, and it represents a threat not only to Jews but to society at large. As our speaker Deborah Lipstadt has noted, ‘Hatred may start with the Jews, but it doesn’t end there.’”

One hundred of New York’s top real estate executives attended the Museum’s New York Real Estate Luncheon to hear firsthand from world-renowned Holocaust historian and antisemitism expert Deborah E. Lipstadt, whose new book, “Antisemitism: Here and Now,” was published in January 2019. Widely known for her successful defense in the lawsuit brought against her by Holocaust denier David Irving (which turned into the film “Denial”), Lipstadt recently completed her third term as a member of the United States Holocaust Memorial Council and chair of the Antisemitism and Holocaust Denial committee, and serves as Dorot Professor of Modern Jewish History and Holocaust Studies at Emory University.

“With the global resurgence of antisemitic violence, rhetoric and vandalism, there is a dire need to bring the mission of the U.S. Holocaust Memorial Museum outside of its walls in Washington, DC, to those who do not have the opportunity to visit the Museum firsthand,” said Jeffrey Feil.

“Antisemitism, hate, and Holocaust denial seem to be more pervasive now than in years past,” said Lloyd Goldman. “Today’s U.S. Holocaust Memorial Museum real estate luncheon was our largest ever, and felt more meaningful this year than it has ever been.”