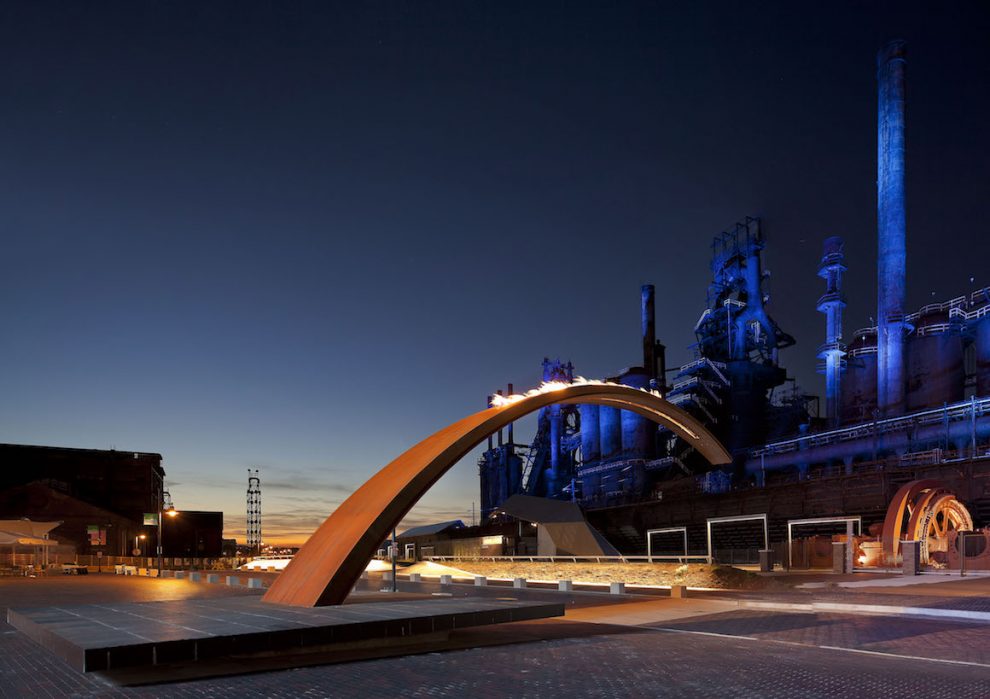 When faced with a stockpile of damp wood — and a bit of an existential crisis — Elena Colombo made a propane-fueled firebowl using a re-purposed garbage can retrofit with a simple burner. Just as the wood sparked, so did an idea in Colombo’s mind. It was 2001, and instead of returning to her career as a commercial TV director in a post 9/11 New York, Colombo followed the flames and put her experience into something destined to heat up.

Thus began FireFeatures: a design firm that creates custom, site-specific firebowls, water and wind features, memorials, markers and environmental sculptures. Colombo’s work is featured in nearly one hundred venues around the world, notably at the Ritz Carlton in Grand Cayman and the Sandals Resort in Antigua as well as Press Restaurant in Napa Valley and Ghirardelli Square in San Francisco.

Did your background as a commercial TV director help you transition into FireFeatures?

It did, really. Because I was so used to just being able to build whatever you think of. When I had the light bulb moment — if you want to call it that — of wanting to have a big, gas bonfire-in-a-bowl, I wasn’t afraid to figure out how to build it myself. We made drawings and I went to the local propane dealer near my beach house. We jury-rigged a swimming pool heater burner and a planter, and I made my first firebowl by myself. Having that experience prepared me, both in drafting what I had visualized and fabricating those designs.

You pitched to Andre Balazs. How did that go?

He was building a resort on Shelter Island, which is a little island in between the forks of Long Island. I had a good friend who was his general manager at The Mercer Hotel and I asked him, “I came up with this idea that might be great for a beach hotel. Could you show it to [Balazs] and see what he thinks?” 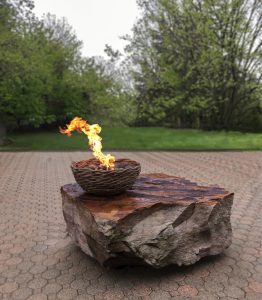 My friend was able to get it right on his desk and I got a call a couple of weeks later and they asked, “Can you have one for Memorial Day opening?” That was about two months away, and I was like, “Sure I can.” Thinking I had absolutely no idea whether I could really deliver and get it production-ready by that time. But we did, and it was a big success. After that, FireFeatures began popping up all over the place, because of that introduction and because of his stature as a boutique hotel developer.

It was a niche market where, as soon as you put one someplace, people just gravitated toward it immediately. Managers would always tell me that it increased the billing at the hotel. People hung around longer. Drank more. Ordered dinner. So they really encouraged this sort of community and camaraderie; everybody just naturally gravitates to fire.

Do you cater to a particular demographic?

Well, I kind of think that fire is a right. Fire can be for anybody. It doesn’t matter their demographic. I think architects and designers have a responsibility to provide good work that can be afforded by more people, not just by a certain echelon of clientele.

Where do you see FireFeatures heading?

I really love doing monuments and memorials. I’m also getting into — you know, it sounds kind of funny, but the death industry. There’s also a whole open field of how to mark someone’s place, where either they or their ashes are buried, rather than just a granite slab. There’s a whole market out there for alternative grave markers or remain containers, which I call reliquaries.

The first marker I made was for my mother, which is a beautiful representation of the things she loved in life and that I loved about her. Giving people new options of a non-denominational personalized marker for someone important to them. There’s a lot of interesting ways to imagine how to inter their people. I want to be a part of creating a new vocabulary for that. 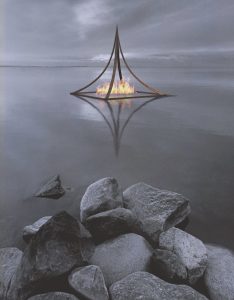 It’s part of the earth, air, fire and water, elemental way to bring design into your life in a way that you interact with it. It’s very interactive. It’s also really fun — it sounds weird to say that it’s fun — but it’s inspiring and that’s fun. I did a marker with a woman for her husband, and she got to describe him to me and tell me about what was important to him, and what was important to her for this marker. We designed a beautiful container together for him, which was a beautiful way to capture a person for someone else. It helped her cope with the grief, and it’s something I feel very drawn toward.

It’s gratifying to work with someone and to make them happy — they’re going to be thinking about this person every day. If this object is representing on Earth what that person was, it’s an important thing for all of us. Taking care of your dead, honoring and memorializing your dead, is an ancient way. So many cultures do it. America is a little prone to neglecting what’s hard to talk about. I do think that, by making something beautiful out of something hard to talk about, it won’t be so hard to address.