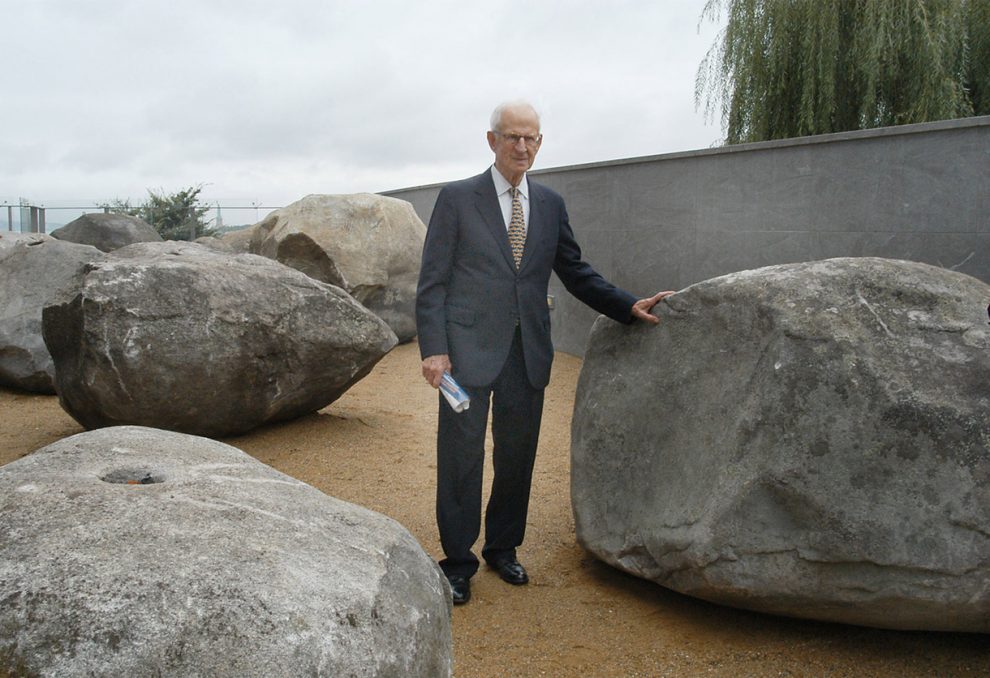 Bruce Ratner, chairman of Museum of Jewish Heritage — A Living Memorial to the Holocaust; and Jack Kliger, president and CEO; penned the following letter in honor of the museum’s founding chairman.

“The Trustees and staff of the Museum of Jewish Heritage – A Living Memorial to the Holocaust deeply mourn the passing of our dear friend, mentor, and leader, Robert M. Morgenthau, who was our founding Chairman and the namesake of the Museum’s Robert M. Morgenthau Wing. The legendary former Manhattan District Attorney, Mr. Morgenthau provided the leadership and vision that established the Museum—now the third-largest Holocaust museum in the world—and launched many of its signature initiatives over the last twenty years. Mr. Morgenthau’s humanity and guidance have left an enduring legacy for generations to come, ensuring that people of all backgrounds can “confront and understand a painful history that can teach us, warn us, and also give us hope for the future.

“Mr. Morgenthau was part of the Museum’s history from the very beginning, when he co-chaired the New York City Holocaust Memorial Commission that recommended to Mayor Ed Koch that New York City should have a “living memorial” animated by certain core values: education, civic responsibility, and human decency. He was appointed Chairman of the Board of Trustees for the Museum of Jewish Heritage in 1982. The Museum, located in Battery Park City with inspiring views of the Statue of Liberty and Ellis Island, opened in 1997.

“The Robert M. Morgenthau Wing, which added classrooms, expanded exhibition space, a 370-seat theater (Edmond J. Safra Hall), and a memorial garden created by Andy Goldsworthy, opened in 2003. This was the first new construction to begin in Lower Manhattan in the wake of 9/11. Mr. Morgenthau said at the dedication of this new building: ‘We built because it is our duty to lead by example, for all those who would remember the victims of injustice, and who would teach about the sanctity of every human life.’

“Robert Morgenthau had a clear vision for the Museum from the very start and helped shape it into an important educational institution and a vital place of memory, with a mission to educate people of all ages and backgrounds about Jewish life before, during, and after the Holocaust. It was Mr. Morgenthau’s belief that the Museum should not only relate the tragic history of the Holocaust, but should also celebrate Jewish life by exploring its variety and richness. He succeeded in creating an institution that has earned its place in the cultural landscape of New York City and its reputation as a crucial destination for all who believe that we must learn the painful lessons of the past in order to navigate the future.

“For more than 150 years, the Morgenthau family has been an active part of the American and Jewish landscape. Once in the United States, the Morgenthaus embraced the promise of America and dedicated themselves to speaking out and working for the safety and well-being of Jews and non-Jews around the world. Mr. Morgenthau continued that tradition of service and dedication to justice as the U.S. Attorney for the Southern District of New York during the Kennedy and Johnson administrations from 1961 to 1970, Manhattan District Attorney from 1975 to 2009, and in his leadership at the Museum of Jewish Heritage.

“We are profoundly grateful for Mr. Morgenthau’s lifelong dedication to the mission of our Museum. His legacy will continue to inspire our work for years to come. Our deepest condolences go out to his entire family and to all who mourn him.”