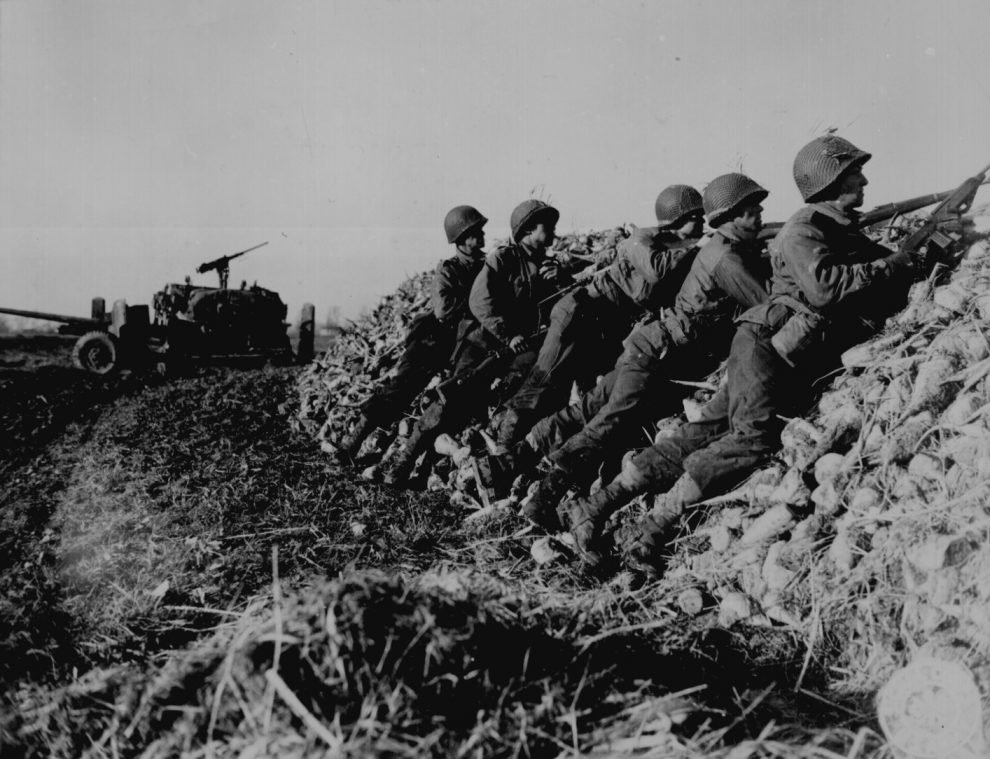 On the 75th anniversary of the Jewish service heard around the world, from Aachen, Germany, the American Jewish Committee reissued a historic video, which includes recorded excerpts of the live broadcast on NBC Radio.

Rabbi Sidney Lefkowitz, a chaplain serving in the U.S. Armed Forces, led the service with 50 Jewish soldiers, on a battlefield near the site of a destroyed synagogue in Aachen. Private First Class Max Fuchs served as cantor and Catholic Chaplin Father Edward Waters and Protestant Chaplain Bernard Henry also spoke. Artillery shells and gunfire can be heard in the background during the praying.

“The National Broadcast Company, in cooperation with American Jewish Committee, brings you now a broadcast of historic significance with the first Jewish religious service broadcast from Germany since the advent of Hitler,” said the NBC announcer at the start of the broadcast heard across the United States.

The Jewish service also was directed at the German people, a warning, in the words of Milton Krentz, then AJC’s radio director, that “the Allied armies, composed of every color, faith and nationality, will never halt until freedom takes the place of tyranny on every inch of Axis soil.”

“This is one of the moving, poignant, and inspiring films imaginable,” said AJC CEO David Harris. “That it records a Jewish religious service conducted by and for American Jewish soldiers in the midst of battle, and on German soil, must be seen to be believed.”