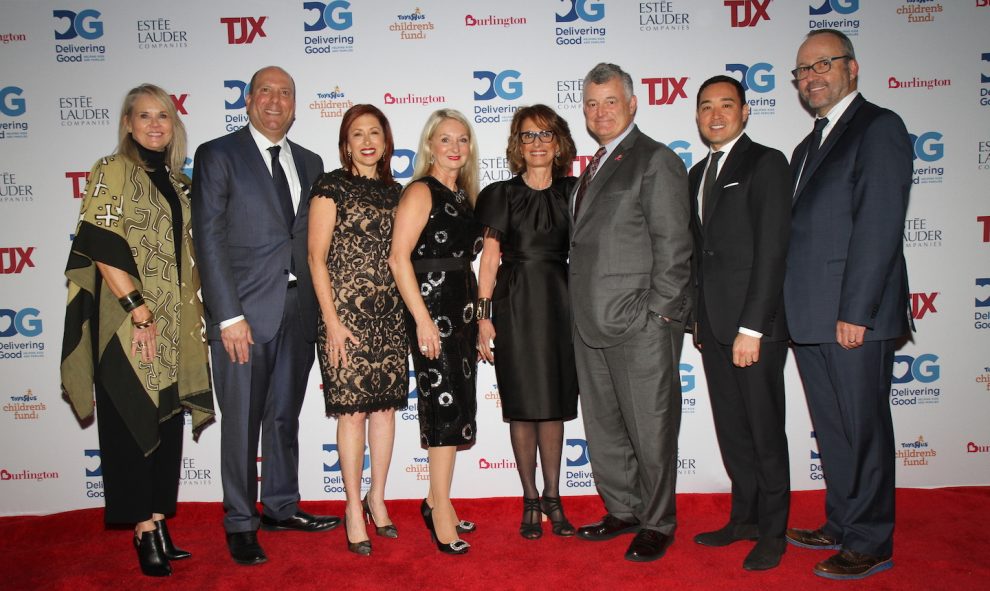 Delivering Good, the charity of choice for new product donations made by companies in the fashion, home and children’s industries, held its annual gala fundraiser. This year’s gala, themed “Reset,” raised an impressive $1.4 million dollars.

The honorees’ commitment to Delivering Good has supported millions of children, families and individuals in need, both nationally and internationally; over 2.5 million people are helped each year. Since the inception of Delivering Good in 1985, over $2 billion of donated products have been distributed through its network of community partners, serving the poor and disadvantaged worldwide. In 2018, more than 500 companies donated over 11 million units of useful products that were distributed to over 700 community partners.

“It is an honor to see the outpouring of support from our generous product and financial donors. Our donors help Delivering Good make a profound impact on the lives of people challenged by poverty and natural disaster,” stated President and CEO of Delivering Good Lisa Gurwitch.

Delivering Good board members and supporters recently returned from a disaster recovery service trip to The Bahamas, parts of which were ravaged earlier this fall by Hurricane Dorian. “The need is so great, and often, we’re unsure of how great the need is until we see it for ourselves,” said Andrea Weiss, Board Chair of Delivering Good. “Spending time in The Bahamas and witnessing the damage firsthand made me realize how much more we all need to do to help the communities not just immediately after disaster strikes, but for the months and years that follow. The news may no longer cover these hard-hit areas, but the people need our help more than we can even know. It was truly eye-opening and I urge everyone across all industries to find ways to meet the needs of our fellow citizens when they need us most.”

This year’s gala highlighted the need for new product to help families and individuals affected by natural disasters and poverty, as one out of every six Americans face challenging life situations.