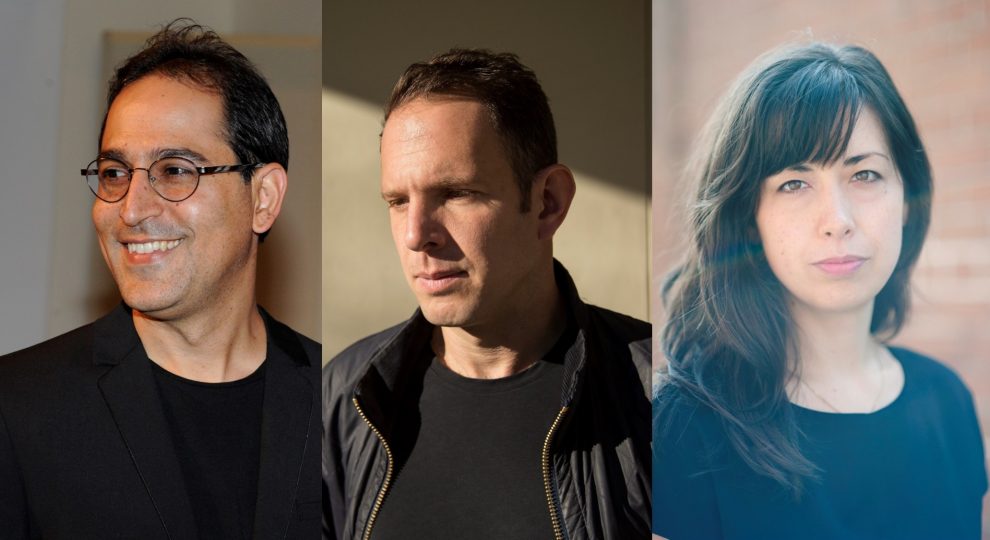 The Azrieli Foundation proudly announces the three winners of the 2020 Azrieli Music Prizes (AMP) – the Azrieli Prize for Jewish Music goes to Yitzhak Yedid, the Azrieli Commission for Jewish Music to Yotam Haber, and the new Azrieli Commission for Canadian Music to Keiko Devaux. Established in 2014, the biennial Azrieli Music Prizes offer opportunities for the discovery, creation, performance, and celebration of excellence in music composition.

Each of the winning composers receives a total prize package valued at over $200,000 CAD, including a cash award of $50,000 CAD; a world premiere in Montreal on October 22, 2020 by Le Nouvel Ensemble Moderne conducted by Lorraine Vaillancourt; two subsequent international performances; and a recording of their winning work released on Analekta.

The Azrieli Prize for Jewish Music is awarded to a composer who has written the best new major work of Jewish music. The jury came to a unanimous decision to offer the 2020 Prize to Israeli-born Australian composer Yitzhak Yedid for his Kiddushim Ve’ Killulim (Blessings and Curses), written for thirteen players. The work challenges musical conventions by synthesizing ancient Jewish musical sources with contemporary Western art music.

The Azrieli Commission for Jewish Music is awarded to the composer who displays the utmost creativity, artistry, and musical excellence in proposing a response to the question – “What is Jewish music?” – in the shape of a musical work. 2020 Commission winner, Yotam Haber, has been awarded to write a new song cycle for voice and ensemble. His new work – Estro Poetico Armonico III – will continue baroque composer Benedetto Marcello’s “telephone game” of hearing and re-hearing music he transcribed in a Venice Synagogue, and remembering and misremembering.

Starting with the 2020 edition, AMP has launched the Azrieli Commission for Canadian Music, which is offered to a Canadian composer to create a new musical work that creatively and critically engages with the challenges of composing concert music in Canada. The 2020 winner, Keiko Devaux, will write a new work for 14 musicians. She will weave a sonic tapestry inspired by songs her grandfather sang in Canadian farming fields alongside French songs from her father. By exploring her mixed Japanese-French-Canadian heritage, Devaux uses her personal story as a microcosm of the complicated multicultural, multilingual, multiregional nature of Canadian identity.