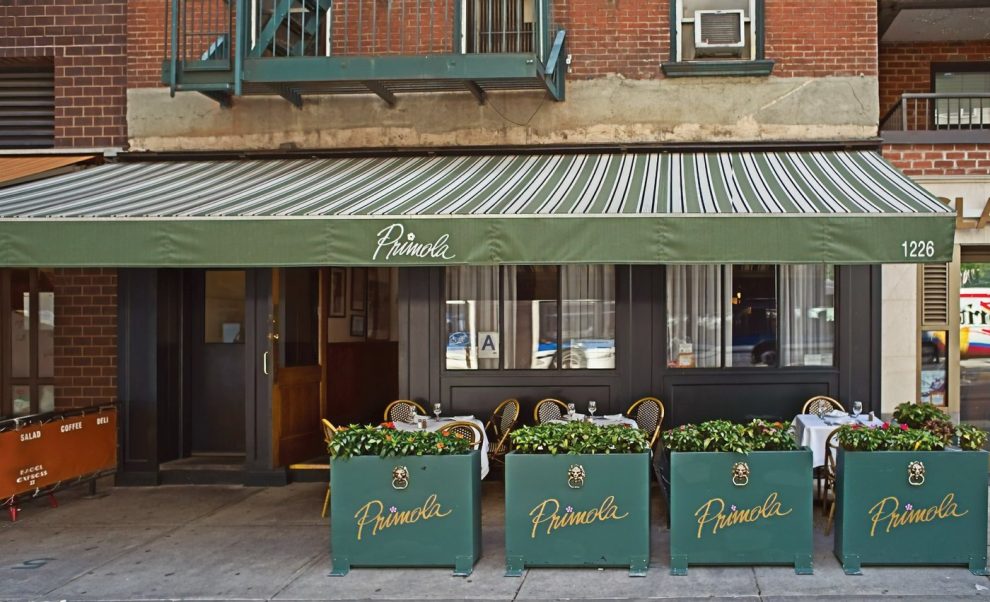 Known for its celebrity sightings and ghostly online presence, Primola’s packed year-round. Is it the enigma that draws eaters in, or something more?

See also: Primrose path: the pursuit of pleasure, especially when it is seen to bring disastrous consequences, such as that of Shakespeare’s “Hamlet,” according to the New Oxford American Dictionary.

It originates from Old French primerose and medieval Latin prima rosa, literally meaning the “first rose” — referring to the fact that the primrose is one of the first flowers to bloom in the summer, according to Giuliano Zuliani.

Of course, this all may have very little to do with the restaurant that needs no introduction. Zuliani, the owner of the exquisite Italian haunt, explained to me that, back in the 1980s, this name was just one of several to make the cut.

“We had four names, and then I say, ‘Listen, I don’t care what’s the name,’ I said to the chef. ‘You pick the name. I don’t care about it. I know it’s going to be good, whatever it is.’ So he picked the primrose,” Zuliani said.

It could be considered a confident approach to the untrained eye. Still, after 35 years of success and patrons from Al Pacino and Robert De Niro to Tom Hanks and Angeline Jolie and Brad Pitt (“when they were together,” Zuliani clarified), it doesn’t take a whole lot of intel to understand what makes Primola, located at 1226 Second Avenue, work.

Just a few minutes after opening at noon on a random winter day, three tables were occupied — one by two housewives catching up over cocktails and one by a woman sitting in a corner table, alone. Zuliani was eating penne with ground sausage, oil, garlic and what Zuliani called “American broccoli,” drinking Pinot Grigio and seated at the first table on the upper level, overlooking all of the main floor and bar — much like a king on a hill looking at his masterpiece — but it’s lunch, and there’s not much to see.

To hear, however, is a different story. The phone is constantly ringing with reservations for the evening being made.

I join Zuliani at the head table, and, like any good Italian, he insisted that I eat and drink with him despite my several protests. It turns out he’s not Italian, but Croatian, and it turns out I’d completely miscalculated what makes Primola tick (and how grateful I was for my inability to say no to spaghetti with tomato and basil).

“It’s Manhattan; it’s a big city,” Zuliani shrugged when I asked him what makes patrons return to his restaurant again and again. “A little bit of everything — a little bit of the food, a little bit of the service. The place is hot, busy, so everybody wants to go into a busy place and see what it’s all about.”

And it’s been busy since day one, he said. After coming to America as a teenager and working in restaurants his entire New York life, Zuliani’s natural affinity led to cultivating relationships with not only industry insiders but eaters, too.

“You don’t make customers in one day,” he said. “Restaurant business takes a long, long time to develop the clientele and everything.”

It’s worth noting that a quick Google search on Primola results in what one would think was a restaurant that went out of business before the dotcom bubble.

“I didn’t do anything; no advertising whatsoever,” he said. “Never spent a penny on advertising.”

But why he didn’t need to is slowly becoming more evident. Zuliani gets up to smoke a Davidoff Mini Cigarillos Gold, and I take in the atmosphere in his absence.

One of the housewives is asking a server what the secret to the shrimp dish was and began throwing out guesses. “White wine? Pinot Grigio?” And the server laughed. Another greets a woman by name and seats her in a corner booth, where she waits for a friend.

She’s referring to Zuliani, of course. The server offers her food, “What about veal? I know you like veal.” But, she too protests, as she’s meeting with someone later.

As he returns, Zuliani said hello to a customer by name who goes on to have a friendly conversation about an unfortunate hour spent in an elevator, something shared as friends, not as owner and patron. It seems that many of the guests who frequent Primola are on that same wavelength.

“I’m here all the time. Every night. Every single night. I hold it like this in my hand,” Zuliani said, gesturing a giant fist. “I come here every morning. At 11 o’clock in the morning, I come in and I leave at midnight. It’s a lot of hours, but you get used to it. It’s not really a big deal. But it’s in your blood.”

Working 12 hours a day, every day, is the sacrifice one must make to have a restaurant comparable to that of Primola. But that’s okay. If he could do anything else, Zuliani said, he’d be homeless.