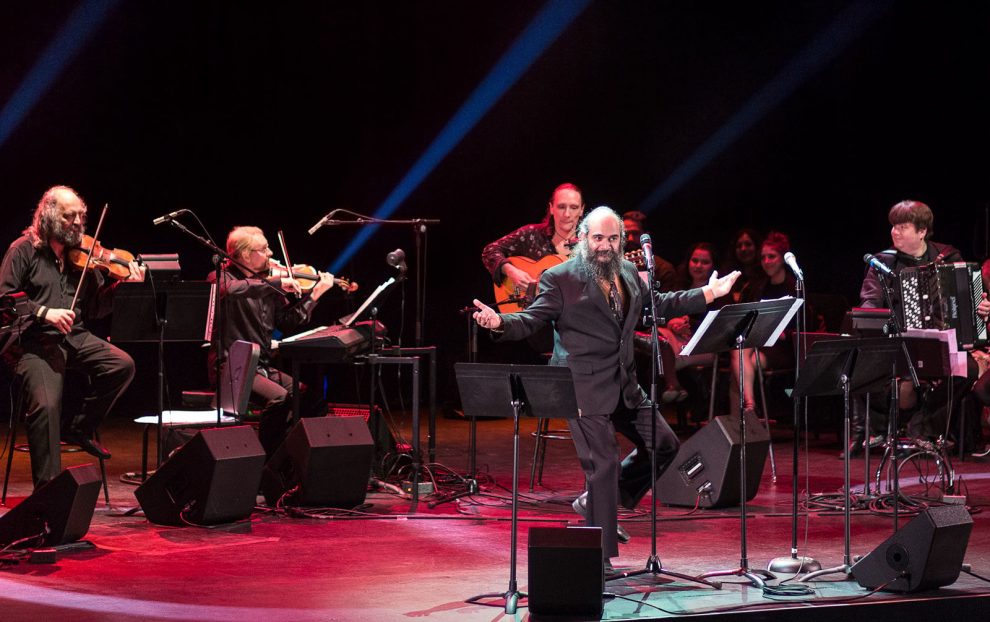 Revealing a once lost cultural history of WWII, the Museum of Jewish Heritage – A Living Memorial to the Holocaust will present the New York premiere of a live performance of the Grammy-nominated album “Yiddish Glory: The Lost Songs of World War II,” featuring the preeminent Russian Roma trio Loyko, singer-songwriter Psoy Korolenko, and narration by Yiddish scholar Anna Shternshis. Two performances only will be given at 7 PM on Monday, March 30 and Tuesday, March 31.

This concert shines a spotlight on the everyday lives of Soviet Jews during World War II and the Holocaust – civilians and soldiers of all ages whose voices were silenced by Hitler and Stalin.

Yiddish Glory is a product of collaboration between historian Anna Shternshis (University of Toronto), artist Psoy Korolenko (Moscow – New York), and Toronto-based producer Dan Rosenberg. It features anti-fascist songs and music documenting Nazi atrocities that were discovered in a former Soviet archive in the Vernadsky National Library of Ukraine.

The songs’ lyrics, written by Holocaust victims and survivors in the Soviet Union during World War II, have been resurrected by Yiddish Glory and will be performed by the world-renown trio Loyko and sung by Psoy Korolenko. The songs, originally by amateur authors, were collected by legendary ethnomusicologist Moisei Beregovsky and thought lost following his arrest during Stalin’s anti-Jewish purge. Decades later, the songs were discovered in a collection of unnamed boxes in Ukraine’s national library, and revived by a team of dedicated artists and scholars determined to raise awareness of this lost chapter of history.

Two performances will be given on Monday, March 30 and Tuesday, March 31, both at 7 PM,
with captions in English, Yiddish, and Russian in the intimate Edmond J. Safra Hall at the Museum of Jewish Heritage – A Living Memorial to the Holocaust, 36 Battery Place in Lower Manhattan.

Explore the Jewish Museum from Home