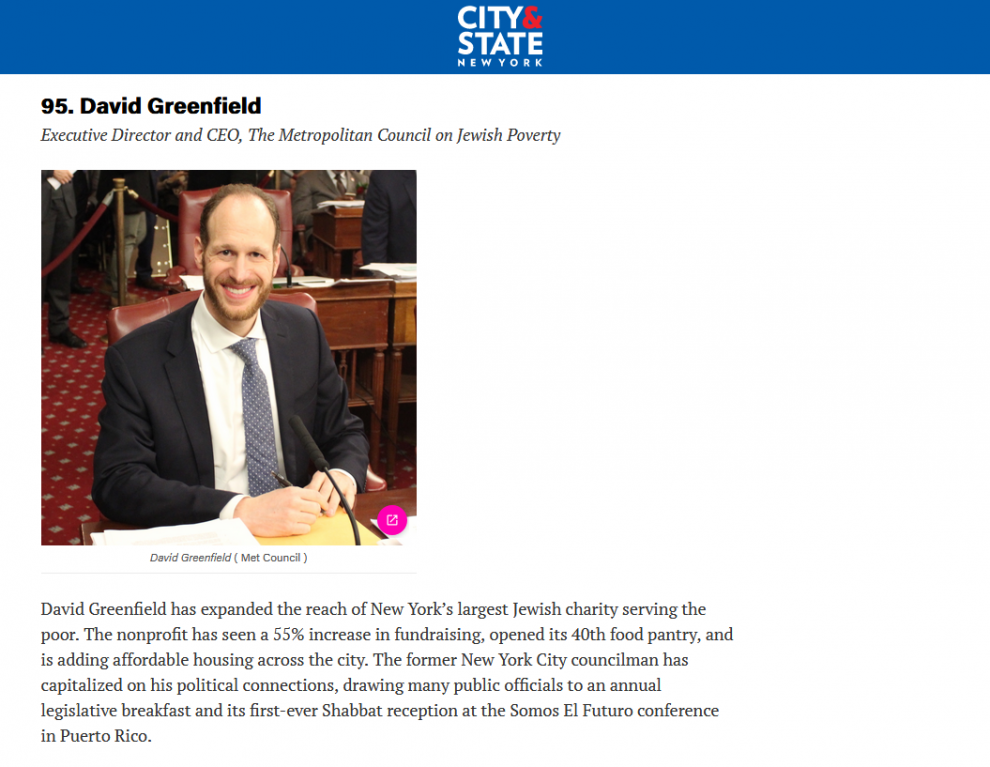 The Met Council reported that its CEO, David Greenfield, was recognized as one of the most 100 influential New Yorkers in City and States annual Power 100 list.

“David Greenfield didn’t run for re-election in 2017, leaving his powerful post as chairman of the New York City Council Land Use Committee. He now runs the Metropolitan Council on Jewish Poverty, an influential nonprofit that serves over 200,000 needy New Yorkers of all creeds and colors,” according to the 2019 NYC Power 100 List. “With Councilman Kalman Yeger, an ally, taking his old seat, and regular appearances on NY1, he retains clout in his Brooklyn Orthodox Jewish community – and across the city.”

Greenfield joins the governor, mayor, key legislators and important policy leaders on the list. And, according to a company statement,  Greenfield is the only nonprofit social services leader to be recognized for his achievements advocating on behalf of the neediest.

“Since joining Met Council over two years ago, David has led phenomenal growth of the organization. We’ve expanded our services dramatically and now even have an active public policy group that shapes legislation to benefit those in need,” the statement reads. “This is not just a recognition of David. It’s a recognition of how important the work that Met Council is doing and the broad support that we have earned from you in providing best in class services to over 225,000 New Yorkers. We are truly privileged to be changing lives every day.”