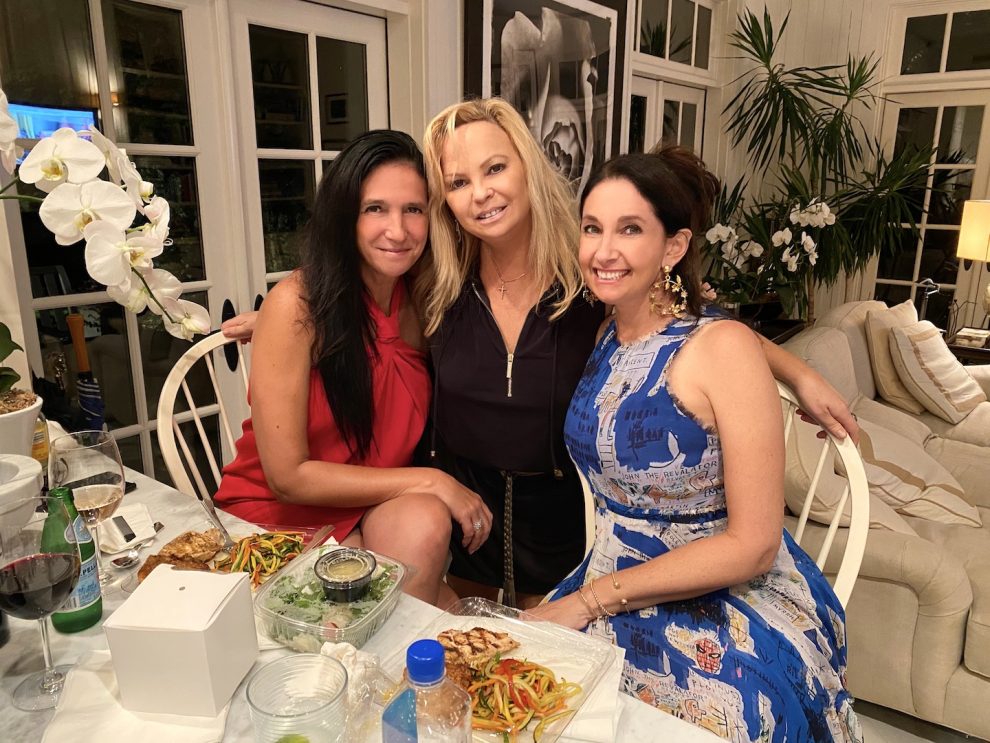 One of the Hamptons most popular summer charity events, the 16th Annual Hamptons Happening, went virtual this year with a concert featuring a medley of rock and pop performances by some of today’s favorite enduring and emerging artists.  The charity concert benefitted the Samuel Waxman Cancer Research Foundation (SWCRF), and its cutting-edge research targeting the abnormal gene functions that cause cancer.

The performer lineup included popstars Sophie Beem, Caly Bevier, and Rufus Wainwright, who returned to the Hamptons Happening from prior-year performances. From her home, Beem performed “Petty,” her new single released the day before. Also performing were Grammy-Award nominated pop star, Sophie B. Hawkins, Constantine Maroulis, the Tony-nominated star of Rock of Ages on Broadway, and Steven Reineke, musical director and conductor of the New York Pops.  The award-winning a cappella group Pentatonix performed “Dreams.” The artists performed from their homes, which has become the norm during the age of the novel coronavirus known as COVID-19.

The SWCRF dedicated this year’s Hamptons Happening to COVID-19 first responders. Rajeev Fernando, M.D., the Director of Infectious Diseases at the Stony Brook Southampton Hospital spoke on behalf of first responders. “By the time we saw it spread in Long Island, we were very prepared,” he said. “The community has been very grateful to first responders. We want to tell the community that we will always be on the front lines saving lives.”

Although COVID-19 remains a serious threat to public health, cancer remains the world’s leading cause of death worldwide. “We don’t think of cancer as a pandemic, but in fact, it is. Globally, cancer claims the lives of more than 26,000 people every day,” said Antonella Bertello, co-chair of the Hamptons Happening event committee and proprietor of The Baker House 1650 in East Hampton.

“Scientists we have funded over the years have been incredibly impressed with the culture of collaboration we have created. Our collaborative research is focused on answering a number of questions around cancer. For instance, why does the immune system get corrupted by cancer and how to prevent this corruption and prevent cancer? And why does cancer spread or become dormant? Our funded scientists are leading the way in conducting research to answer questions like these,” said Samuel Waxman, M.D., founder and CEO of the SWCRF and distinguished service professor at the Icahn School of Medicine at Mount Sinai.

Dr. Waxman also made a tribute to COVID-19 first responders. “I can identify with first responders personally because I know what it is like to care for sick people. I have spoken to several front-line healthcare workers who shared with me the sadness of loss and I say to them, you are giving something of yourself, but you are getting so much more back in return. Tonight, we are thinking about those who have saved lives, supported lives, comforted lives and given of themselves and we thank you.”

Chris Wragge, anchor of CBS 2 News New York This Morning and co-ancho of CBS 2 New York News at Noon returned to the Hamptons Happening as master of ceremony. He delighted viewers with his blend of humor and energetic news-anchor personality.

“To date, the Hamptons Happening has raised more than $5 million for cancer research, and we are tremendously grateful to the community of supporters who participate each year,” said William T. Sullivan, Executive Director of the SWCRF.