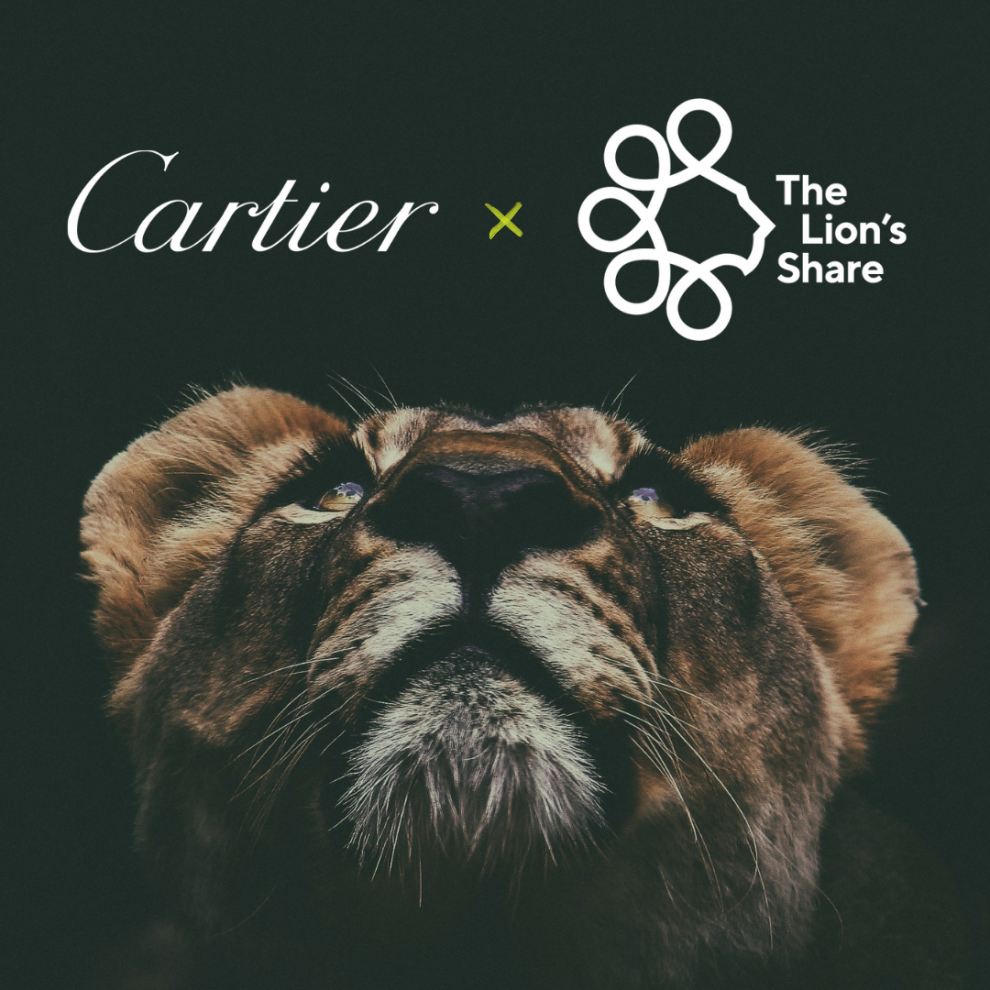 Cartier, one of the world’s leading luxury brands, has joined The Lion’s Share Fund, an award-winning and groundbreaking initiative that unites brands, conservationists and consumers to tackle the crisis in nature, biodiversity and climate.

Led by the United Nations Development Programme (UNDP) and a coalition of businesses and UN partners, the innovative fund aims to raise over $100 million per year within the next five years to halt biodiversity loss and protect habitats by asking brands to contribute 0.5% of their media spend every time an animal is featured in their advertisements.

“Biodiversity, including wildlife and healthy ecosystems, underpin the well-being, safety, and resilience of all societies. Yet, one million animal and plant species are at risk of extinction in the coming decades, largely due to human activity,” Achim Steiner, UNDP Administrator, said.  “The COVID-19 crisis is a stark reminder that we ignore our disruption of nature at our peril. But the crisis continues to show the potential of humans to act collectively to address a shared global challenge. Leveraging the power of creativity and partnerships, The Lion’s Share idea is as fascinating as the far-reaching impact it will have. The revenue generated and the new audiences reached by this ambitious and unique initiative will make a real and lasting effect on the future of our planet and the animals we share it with.”

Launched in September 2018, the Fund has helped the Niassa National Reserve in Mozambique to eliminate elephant poaching, by improving critical radio systems for law enforcement officers protecting wildlife.  It has also co-financed the purchase of land for critically endangered orangutans, elephants and tigers in North Sumatra, Indonesia, and is expanding its work, creating an all-female team of forest rangers and the island’s first rhino sanctuary. In February following the devastating bushfires in Australia, The Lion’s Share Fund issued two small grants to support efforts to treat and rehabilitate injured wildlife throughout New South Wales and to protect the Kangaroo Island Dunnart from going extinct.

“The beauty of the natural world has always been a source of inspiration and creativity for Cartier’s timeless pieces,” said Cyrille Vigneron, president and chief executive officer, Cartier International. “As citizens of the world, we believe it is our duty to protect its biodiversity and make an impact on wildlife conservation. This means enhancing Cartier’s support for innovative partnerships such as ‘The Lion’s Share Fund’ and joining forces to preserve the world’s natural heritage for future generations.”

In response to the COVID-19 crisis, The Lion’s Share recently announced new grants to support communities dependent on wildlife-based tourism – an industry that employs millions and is critical to wildlife conservation around the world, but one that has been devastated by the pandemic. According to the World Travel and Tourism Council, wildlife tourism generated USD 343.6 billion and supported over 21.8 million jobs in 2018.  Through wildlife tourism, communities directly benefit from wildlife, empowering them to develop enterprises and incentivizing biodiversity protection.  However, travel restrictions to slow the pandemic have depleted economic lifelines for hundreds of millions of people and conservation activities in those communities. The grants will fund  local projects in nine countries across Africa, Asia and Latin America to build resilience in wildlife-rich areas and support protection of threatened wildlife in their last strongholds.

Animals appear in approximately 20% of all advertisements in the world, yet despite this, animals do not always receive the support they deserve. The Lion’s Share gives brands the opportunity to take urgent and significant action and play their part in protecting our planet.

Vote on the 2020 Genesis Prize Winner