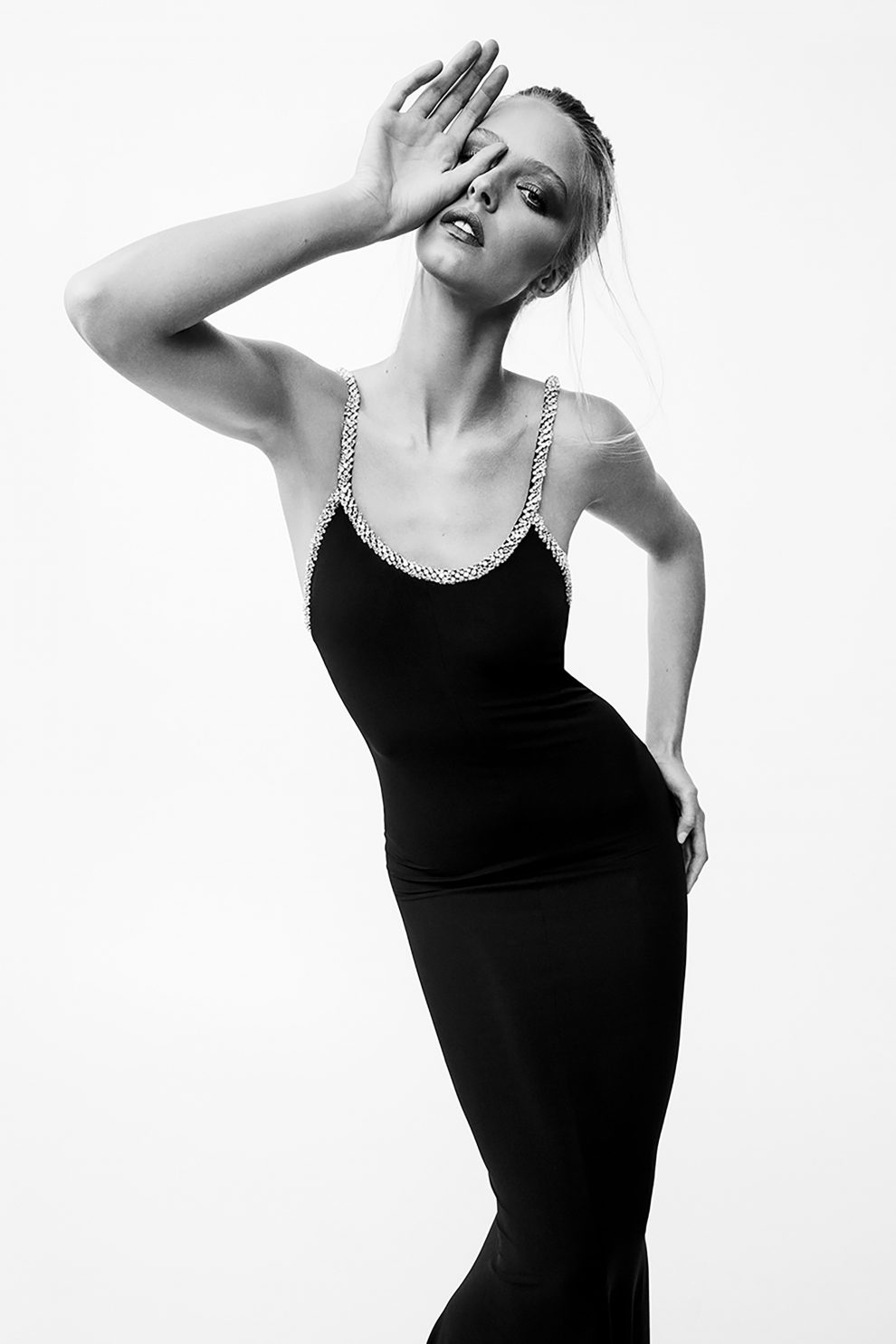 Are we allowed to love art made by problematic artists? The issue isn’t black and white.

The first time I heard that author Junot Díaz was on the wrong side of the Me Too movement, I was crushed. That was back in 2018, before MIT cleared Díaz of the sexual misconduct allegations and allowed him to keep his teaching position, and right as I was finishing his famous short story collection, “This Is How You Lose Her.”

I took the disturbing news directly to my friend, an English professor, who shrugged and said, “Yeah. Haven’t you read his books?”

Sure, if there’s one constant in Díaz’s writing, it’s misogyny. In “This Is How You Lose Her,” protagonist Yunior leads the reader through his relationships with numerous women, several of which involve cheating, aggression and other problematic behaviors. But saying that Díaz is guilty of inappropriate sexual conduct because he’s written about it is like saying that Nabokov was a pedophile or that Tolkien is a hobbit.

Clearly, a writer can write about things that they haven’t experienced (which isn’t to say that Díaz’s accusers shouldn’t be believed). But regardless of the specifics of this one case, the example raises a larger philosophical question: can we, and should we, appreciate art separately from its creator? Are we allowed to love the photography of an abusive photographer or the fashion of a racist designer? Does the moral depravity of a person necessarily taint their creations?

If you were a student of literary criticism in the mid-twentieth century, you would say, pfft, of course we can. Biographical and historical criticism is so old-school; art is meant to be interpreted as a contained, singular aesthetic point. Think about a poem — you don’t need to know that a poet lived in picturesque cabin in Vermont to appreciate the beauty of the autumn leaves that they describe.

If we think beyond the literary sphere, representational art also seems to support this point. Whether you’re looking at a work by Michelangelo or Matisse, watching a von Trier or Tarantino, you can appreciate the story or the emotionality of the piece without any outside context. You like the colors, the shapes, the characters, the messages of the work because of how they relate to you, the viewer.

From this perspective, the audience is the most important part of the equation. It doesn’t matter what the artist was trying to communicate; what matters is what you get from the work. And maybe that is particularly appealing to us in this age, where the media we consume is incredibly personalized and synthesized into our identity formation.

This is how I am tempted to approach the timely example of John Lennon, who would have celebrated his 80th birthday on October 9. Though I enjoy a lot of his music (Beatles and otherwise), during his life, he admitted in interviews that he was prone to violence, neglecting his son Julian and cheating on his partners. Perhaps because of the content of his songs, those behaviors have been lost in our contemporary reverence for him. And how can we say no to “Imagine” or “Give Peace a Chance?”

This kind of thinking is perhaps most persuasive (and least guilt-inducing?) in two instances: artists who work with subjects completely unconnected to their own lives and artists with forgivable flaws (I hear Michael Chabon, for example, is a die-hard Red Sox fan). I’m not sure where Lennon fits in.

But for many cases, New Criticism isn’t exactly new anymore, and there is certainly something to be said for the power of context. A strong example (at least for me) is abstract artist Mark Rothko. Sure, I find a smudgy rectangle as hypnotic as any other Millennial woman in an art museum, but I can admit that the context of his life — his physical ailments, the necessity of reckoning of with the Holocaust as a Jewish painter in the 1930s and ’40s, Nietzsche’s influence, his eventual suicide — make me appreciate his beautiful forms in a more comprehensive way. Though his paintings can certainly be appreciated for their balance, color and other technical elements, for me, much of their power comes from the story outside of the frame.

Just think of the scene in “Mad Men,” when Bert Cooper invites a series of confused employees to comment on the Rothko in his office. The significance of the painting is lost on each of them, and even Cooper himself eventually admits that he bought it as an investment. Without historical and biographical context, the meaning is often lost on the average onlooker — though, of course, that doesn’t mean the painting is artistically worthless.

Other successful artists — Ghanaian sculptor El Anatsui, for example — may have beautiful or aesthetically interesting works that can stand alone, but they become even more admirable within a biographical framework. Anatsui’s bottle cap sculptures are awe-inspiring, but their relationship to capitalism, globalization, Western cultural dominance or environmentalism may not be immediately obvious.

But if we accept context as something that heightens the potential beauty and power of art, we come to the main problem: a lot of artists are awful people.

Now hang on, you might argue, some of those awful people are just products of their awful times. And of course that’s true; Shakespeare was writing during the beginnings of the African slave trade, in a time where European anti-Semitism was devastatingly common — of course he makes racist, sexist and anti-Semitic jokes. Does that mean we shouldn’t read Shakespeare?

My answer to that is, of course, no; we should read Shakespeare. Despite his many, many shortcomings as a person, he has valuable things to say about life, love and the human condition.

But this problem takes on another life when the problematic artists are part of our time, or at least recent history. For one thing, it means that they were likely shaped by many of the same social factors that we, members of the audience, were. It’s hard to judge artists of olde by a modern standard, but contemporary artists operate in a world that at least contains our own values, even if the individual artist doesn’t share them.

For another thing, it’s possible — likely, even — that contemporary artists receive direct monetary support in the form of royalties.

Take author Sherman Alexie. Not only is he still living and writing, but he is widely-regarded as one of the most public representatives of Native American artists (he won a National Book Award in 2007 for “The Absolutely True Diary of a Part Time Indian”). In 2018, three women came forward with allegations against Alexie for inappropriate sexual behavior (in response to which he issued a public apology, acknowledging that the women were telling the truth). Every time someone purchases one of his books or invites him to speak, he profits.

Alexie also feels like a tricky case because he is a rare, nationally-regarded representative of a traditionally oppressed group — in other words, his artistic voice carries additional value. That’s part of what makes some of the other classic cases — Elvis, Michael Jackson, John Lennon, Dr. Seuss — harder to let go of; we feel connected to them, reverent of them, in a way that seems irreversible (and, it’s worth mentioning, they left behind decently-sized estates). Suddenly, our love for art created by less-than-exemplary people carries much more significant consequences, as it translates to literal reward.

I hope it’s clear from those rhetorical questions that I can’t get behind any of those proposals, even though I’d agree that plenty of artists have done heinous, unforgivable things. One thing that is easily within our power is to make more conscious decisions about who we read, what we listen to and who we support. If you want to read a book by a living author whom you condemn, check their book out from the library. Make a statement with your spending power.

Another option is to try to consume art made by people from marginalized groups; if you want to avoid artists with racist, sexist, homophobic or other problematic beliefs or behaviors, connect with female-identifying artists, artists of color and LGBTQ artists (although, we know this rule isn’t perfect, per Alexie and Díaz). Creators who have experienced institutionalized forms of discrimination may be more inclined to speak out against those harmful patterns and systems.

Plus, if we’re going to keep all art around (and I think we should), it would help to add even more context. Our canon is missing a number of important voices and perspectives, and as consumers, we have a responsibility to round out our understandings of the world via art. Why not complement your Díaz with some Carmen Maria Machado?

Above all, though, we must realize that people are complex. Just because a person acts badly in life (and that by our own, environmentally-created standards) does not mean what they have to say is worthless. Perhaps the best way to approach this problem is with a bit of both sides: enjoy the thing for what it is, but let the context inform you. If we can condemn Richard Nixon without condemning the Clean Water Act, we can tease apart “Imagine” from its singer.