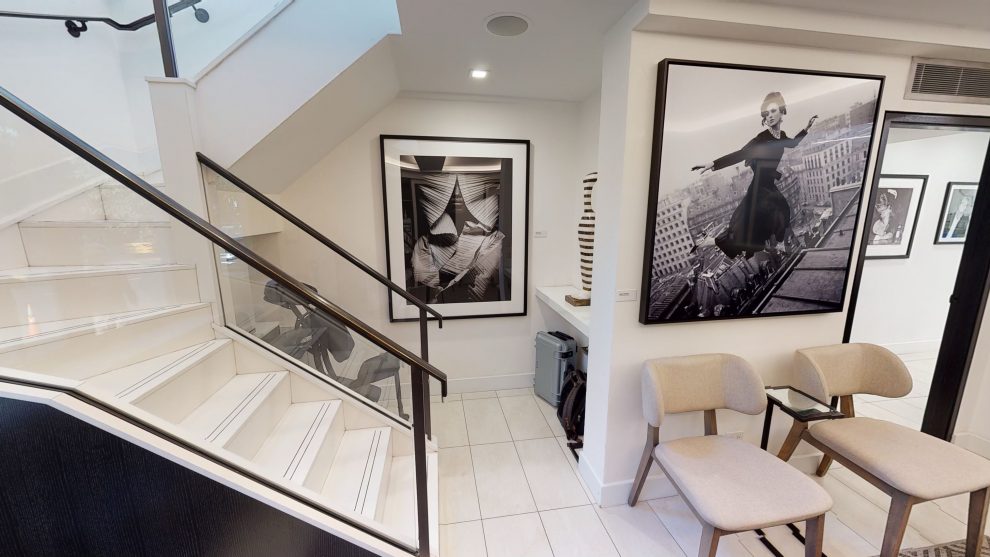 When COVID-19 hit earlier this year, most of us had no idea how profound its impact would be on our lives. It marginalized how we socialize and where we dine; it challenged how we conduct business, and it forced us to completely reimagine the way in which we educate our children. This new normal might not give us much to smile about these days, but at the dental studio of Lowenberg, Lituchy & Kantor, happy faces have never been in short supply.

Cosmetic dentist Marc Lowenberg opened his aesthetic dental practice back in the ’80s and quickly found himself improving the smiles of rock stars, supermodels and actors. When porcelain veneers began to gain traction in the dental world, Lowenberg was one of the first to embrace the ground-breaking technology. Over the decades that followed, the process of placing porcelain veneers on existing teeth to change the color and shape of a patient’s natural smile became a bona fide art form. Lowenberg, with partner dentists Gregg Lituchy and Brian Kantor, has elevated the art of the smile to a whole new level.

In 2018, the LLK team set itself apart from all other cosmetic practices when it announced that it had brought on famed porcelain veneer ceramist Jason J. Kim to be its exclusive in-house ceramist. Arguably the most respected developer in the world of veneers, having Kim join the LLK partnership was nothing short of a coup.

Kim had long established himself as the best in porcelain veneer innovation thanks to the unique technique he developed creating perfectly imperfect veneers in his dental lab on Long Island. Top dentists from around the world sought out his work, Lowenberg and Lituchy among them. They met him in the ‘90s at a dental convention and were among his first clients. A member of the prestigious Oral Design International Foundation, Kim was approached several times over the years to join various practices but would always politely decline. When he agreed to join LLK, the practice became the envy of all others.

“Having Jason on our team enables us to work together in the lab to create smiles that reflect patients’ true desires for enhancing their own,” explained Lowenberg, who remodeled the practice to accommodate a state-of-the-art lab for Kim and his team. “What makes this a true artistic collaborative is that we also encourage patients to participate in the design. Jason’s unrivaled talent allows him to meticulously handcraft each tooth to the desired effect. Everyone wants a stunning smile, but it should still look like the smile you were born with — the only difference being that it’s a smile that appears to have won the gene lottery.”

Lowenberg taps his own artistic passion in finding the beauty and individuality within each smile he and his team work on.

“It’s not about possessing pearly white teeth; it’s those nuances of imperfection that make our work look realistic,” he said. “To that end, we do everything possible to achieve something that looks completely natural. This credo carries over to every smile we create, and it’s what differentiates us from other practices. It truly is the art of the smile.”

For Lowenberg, it’s impossible to be “off duty.” Whether he’s walking into a cocktail party (safely and socially-distanced outdoors, of course) or passing people on the street, the cosmetic dentist’s eye sizes up every smile he encounters.

“Patients often cannot pinpoint what’s wrong with their smile; they just know they don’t like it,” he said. “In less than ten seconds, I can visualize what anyone’s smile should look like. Our talent lies in the ability to instinctively know how to improve it, and the collaboration with Jason only strengthens that achievement and gets us there faster.”

“Creativity should know no bounds. What makes a sculptor different from a ceramist?” he asked. “An architect’s vision for a new building or a designer assessing an empty space is no different from what we do. It’s just that our blank canvas happens to be a person’s smile, and we know what we can create with it. In fact, we go one step further. We deal with the aesthetics as well as the function, so in a way, we are both the architects and the designers.”

Creative talent runs deep in Lowenberg. Aside from his professional work, his passion for design led him to create Flying Point Design.

His work was in evidence two years ago when he oversaw the redesign of LLK’s dental studio. The renovation included building Kim’s lab, of course, but Lowenberg’s complete overhaul transformed the Central Park South duplex into a chic destination not unlike a gallery space. Its interiors are now coated with white venetian plaster, providing a modern backdrop on which to display his personal photography collection with works from fashion photographers Arthur Elgort, Melvin Sokolsky, Albert Watson and Lillian Bassman as well Mark Seliger, Elliot Erwitt and Harry Benson. Ironically, many of the photographers’ subjects happen to be patients of LLKMimicking a gallery was Lowenberg’s exact intention from the beginning.

“The design of the space sets the stage for great art, on every level,” he explained. “It’s bright, pristine and inviting. But it also has a calming effect, which is equally important.”

Indeed, upon entering the space, patients’ eyes are no doubt be drawn to the art. That, in turn, gives reassurance that they’ve come to a place where art is created.

“Our patients come to us because of our excellent eye,” Lowenberg said. “They see that we appreciate great art, and, with that knowledge, they have the confidence that their smile will become our latest work of art.”