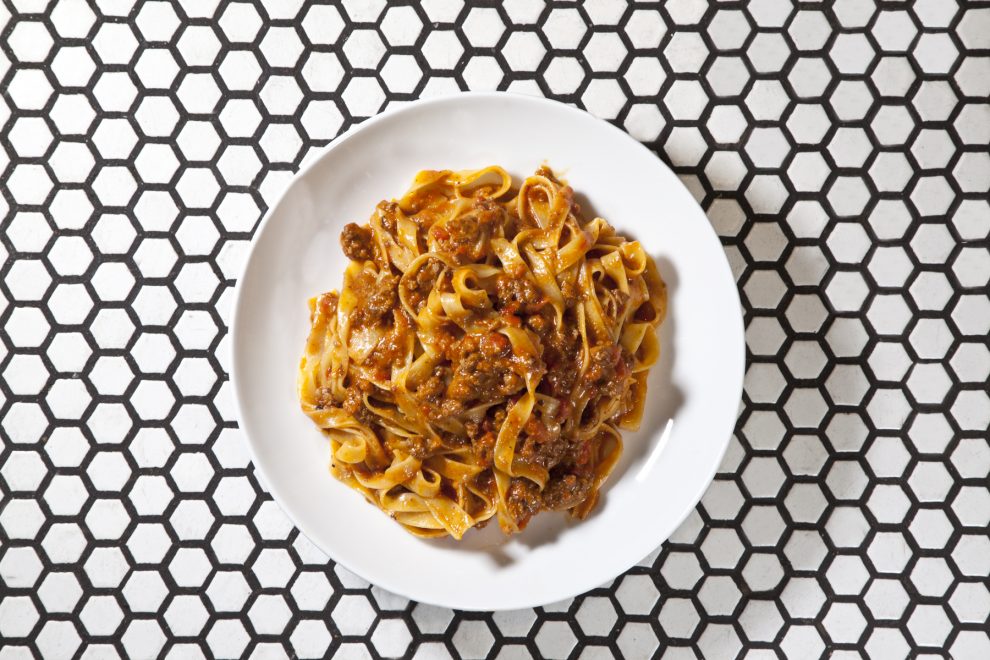 Located in New York City’s Gramercy neighborhood, Isabelle’s Osteria is a contemporary Italian restaurant by acclaimed chef and partner James Tracey. Named after a playful nickname given to Tracey’s mother, Isabelle’s is a warm neighborhood spot on Gramercy’s “Restaurant Row” with destination-worthy appeal.

Isabelle’s opened last October, and for Chef Tracey, a return to Gramercy — where he first worked at Gramercy Tavern in the ’90s and, later on, the Craft — is a homecoming.

Tracey received his culinary degree from the Culinary Institute of America in New York, going on to work with top restaurants, including the now-closed New York Times’ 4-star Lespinasse at the St. Regis Hotel. He later opened Craft with Tom Colicchio, becoming executive chef of both Craft and Colicchio & Sons. After working with Colicchio and Crafted Hospitality for 10 years, he joined STARR Restaurant Group in Philadelphia before returning to New York City. Tracey received the Rising Star Chef Award from StarChefs in 2010 and earned Craft a three-star review from The New York Times in 2011.

To drink, beverage director Aviram Turgeman has curated a wine list of over 100 offerings consisting of Italian wines, old and new world classics and a rotating daily selection of more than a dozen rare, older vintages. Turgeman believes in supporting artisan wine makers that farm with a respect for the land and the environment, yielding soulful wines with a sense of place and purpose that pair beautifully with Chef Tracey’s seasonal cuisine. The cocktail program showcases classic, seasonal cocktails, such as the Negroni, Gibson’s Martini and various Spritzes, in addition to innovative beverages, like the Grappa Chamomile Sour.

“If there is one positive comment to lead with, it’s that for the first time, hospitality workers are officially considered ‘essential,’” Tracey said, referencing the challenges of the pandemic. “This is something we’ve always known, but it’s wonderful to see the public now embrace us as such. From chefs to managers to servers and dishwashers, there are no days off for snow days, holidays, hurricanes and — now — even a pandemic.”

Luckily, Tracey has been able to look on the bright side.

“It’s like it always has been and always will be: all-hands-on deck,” he said. “Since re-opening, we’ve been able to hire back and employ over 30 individuals. We’ve been able to serve thousands of guests. We’ve given business back to the farmers, suppliers, manufacturers and distributers that we count on to serve us. We’ve seen how resilient New Yorkers are — eating outdoors in a snow storm and freezing temperatures without complaining. And we’ve seen how adaptable everyone in our industry can be as the rules and regulations continue to change. We will weather this storm and continue to serve our guests the food and drinks they love and receive [sic] the hospitality they deserve.”

Isabelle’s Osteria is open for lunch, dinner, weekend brunch, takeout and delivery every day. Reservations are available via both Resy and OpenTable. In accordance with New York City government mandates, the restaurant will be open for heated outdoor dining, takeout and delivery and will re-open indoor dining once allowed. To keep the team and guests safe, Isabelle’s Osteria has also implemented protective measures, including temperature checks, readily-available hand sanitizing stations and a new HVAC and MERV-13 air filtration system.