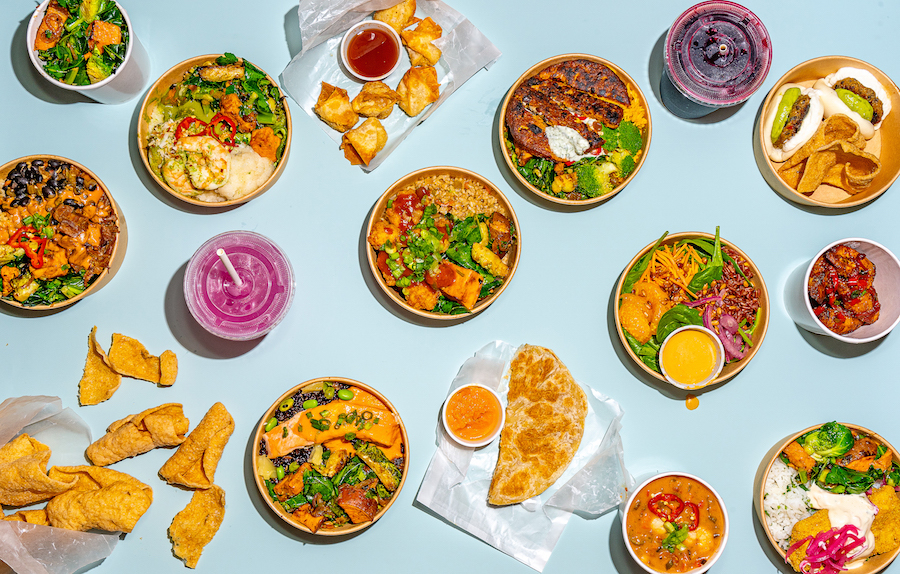 Fans of rice bowls rejoice! James Beard Award-winning chef Joseph “JJ” Johnson and partner Will Sears, both of Ingrained Hospitality Concepts, have expanded their fast-casual rice bowl shop Fieldtrip with two new locations. The restaurant will open at the iconic Rockefeller Center and in JacX&Co, the curated dining concept space of the new Long Island City-based office complex The JacX. The expansion with owners of both buildings, Tishman Speyer, will be the group’s third and fourth locations after its first two in Harlem and at the U.S. Open.

“We learned early on the importance of entrenching ourselves in the community and experienced how essential that is to sustaining and growing businesses in our industry,” Johnson said. “We look forward to continuing on this trajectory by connecting with the rich community of Long Island City and Queensboro and to being a part of rebirthing Midtown.”

Since its inception and while navigating the pandemic, Fieldtrip has emerged as a prominent black-owned business that supports the Harlem community and will expand to these new locations with the same core values of community engagement and hospitality, the owners said.

Johnson opened the first Fieldtrip in Harlem in July 2019 and quickly earned rave reviews from The New York Times, TimeOut NY and Eater, among others. Known for its flavorful crafted rice bowls highlighting global rice traditions, the restaurant’s bowls feature a protein, like salmon or spicy braised beef, over grandma and granddaddy rice grains, such as the Texas brown, China black and Carolina gold, accompanied by flavorful veggies and homemade sauces. There are also tasty bites, such as the crab pockets: generous lumps of blue crab and herbed cream cheese in a crispy wonton.

The new locations offer Fieldtrip the opportunity to continue growing the brand community support efforts. The Harlem location established itself as an essential business during the COVID-19 shutdown by feeding essential workers, children and families. Its early work in the pandemic provided a model for a pivot strategy that many local restaurants emulated. To date, the restaurant’s feeding program has delivered over 85,000 meals.

“The reason I wanted to open in Harlem was to birth a fast-casual concept out of a community that most people don’t believe in or see as a launching pad for new concepts,” Johnson said. “But I felt that if it could work in Harlem, it could work anywhere in the world. Ultimately, Harlem’s support is why we can expand.”

“Fieldtrip is a perfect fit for Rockefeller Center; it is a brand built by New Yorkers for New Yorkers, and it has an authentic approach to building community,” said EB Kelly, Tishman Speyer managing director overseeing Rockefeller Center. “Especially during the pandemic, JJ and Will have demonstrated the grit, creativity and resilience that is New York City, and we couldn’t be happier that they’re coming to the Center and joining our growing list of curated dining experiences.”

Fieldtrip diners can expect the same delicious rice bowls, like the popular crispy chicken and seafood gumbo, as well as its popular snacks, like the crab pockets and the bao buns. A continuation of the vibe created in the Harlem space will also be apparent in the new spaces. The music program created by international DJ Mick Batyske and design with patterned fabric banquettes, brick walls and saturated tilework will create the same colorful and inclusive atmosphere found at the Harlem location.

“With such an iconic address as 30 Rockefeller Plaza, the newest Fieldtrip location has a heartbeat that is truly born in Harlem and raised in New York,” said Jaclyn Moser, partner at Chicago based design firm Harken Interiors. “The design reflects the vibrancy, diversity and authenticity that Chef JJ brings to his ingredients, dishes and communities he serves – honoring the mantra that ‘rice is culture.’”

“Rockefeller Center is the epitome of New York and certainly the heartbeat of Midtown,” Sears said. “So of course the opportunity to bring Fieldtrip into this part of town and be actively involved in helping to bring back the energy, vigor and New York resilience to this essential sector of the city is a true honor. We are thrilled to be working with Tishman Speyer in this effort and look forward to a fruitful undertaking.”

“Coming to Long Island City is particularly important to us as a brand because we are committed to being in neighborhoods that lack access to high quality and affordable food options, like the communities of LIC and Queensboro. Having the opportunity to bring Fieldtrip here means we can provide an option for people that was not here before,” Johnson added.

The Harlem Fieldtrip is at 109 Malcolm X Blvd., and the new locations are at JacX, 28-17 Jackson Ave. in Long Island City and 30 Rockefeller Plaza in New York, New York.