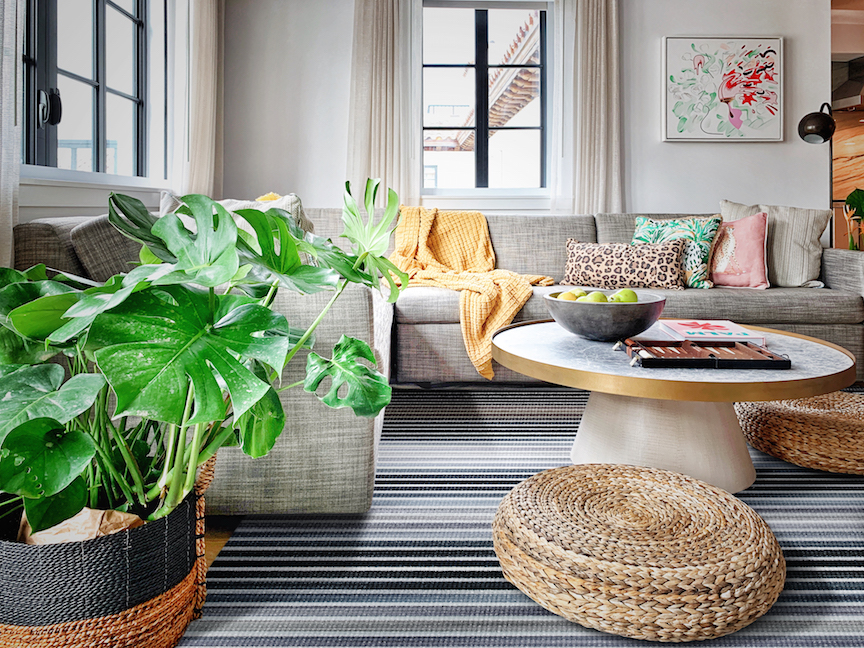 Get ready, art lovers — the famous White Elephant Resort is coming to Palm Beach. The 32-room property is housed in the former Bradley Park Hotel – originally constructed in 1924 as one of the first resorts on Palm Beach’s Main Street.

During its century-long history, the building was initially owned by Colonel Edward R. Bradley, who ran a private and celebrated Beach Club casino on land that is today Bradley Park. In 1980, in part because of its architectural significance, the hotel was listed with the Landmark Preservation Commission of Palm Beach.

The footprint of the structure and the façade remain, and the interiors have been stripped to the bones and rebuilt by Boston-based Elkus Manfredi Architects. The nationally-recognized firm worked closely with the owner, New England Development, as well as the Landmarks Commission and the National Park

“We had a responsibility to honor the history and integrity of this historic building that was originally built as one of the first resorts on Main Street,” Duerrmeier said. “Our team worked closely with Elkus Manfredi Architects to ensure the footprint of the structure and the façade remained, while rebuilding the interiors for a fresh, contemporary look to the classic building.”

The hotel stands one street north of Royal Poinciana Way, Palm Beach’s original Main Street, less than two blocks from the Atlantic Ocean and one block from the Intracoastal Waterway. The layout of the property takes advantage of the South Florida sunshine and features a U-shaped outdoor courtyard that is the social heart of the hotel — a place to relax and recharge, whether lounging on the patio or around the pool.

The design captures the spirit of a grand home while maintaining the ambiance of a landmarked boutique hotel. Breaking from the bright pinks and greens that dominate the Palm Beach aesthetic, the White Elephant Palm Beach features a neutral color palette with sleek metal accents and vibrant pops of color. The hardwood floors, Carrara marble, elegant tiles and woven rugs are all interpreted with contemporary style. Outside, the Mizner-style façade is painted a light, creamy-white color with classic black-and-white striped awnings, terracotta roof tiles and black trim. Guests are welcomed onto the property by a seven-foot white elephant statue by Santa Fe, New Mexico-based artist Fredrick Prescott. (A “sister” elephant statue, Trunket, is on the grounds of White Elephant in Nantucket.)

The statue is just one of 120 original pieces of colorful modern and pop art personally curated by the owners and Elkus Manfredi. The museum-worthy collection is on display throughout the rooms and common spaces. Featured artists include Robert Rauschenberg, whose early creations in the 1950s anticipated the pop art movement, and Jennifer Bartlett, known for her small, square steel plates that are combined in grid formations to create large-scale works. Several pieces by painter Kenzo Okada, the first Japanese-American artist to receive international acclaim using abstract expressionist style, are on display, as are works by Donald Baechler, part of the East Village, New York 1980s art movement. A 54-inch round acrylic work by Orit Fuchs was specifically created for the hotel and is a focal point of the lobby, and six prints by Yinka Shonibare, who will unveil a new public sculpture installation in West Palm Beach in 2021, can be found on the second-floor corridor. Doodle Boy, a 10-year-old British artist, was also commissioned to create 30 exclusive pieces for the powder rooms. Using clean black lines hand drawn with a thick marker, he incorporated a hidden signature elephant in each of his drawings.

Guestrooms and suites range from 510 to 3,000 square feet and feature custom-designed furniture. King-size beds are outfitted with Pratesi linens and upholstered backboards accented in a colorful palm and flower print. The two penthouse suites are ideal for those who want to entertain, with large living rooms, fully equipped kitchens and terraces ranging between 800 to 1,200 square feet. With views of Bradley Park, the Park Suite is a three-bedroom that can be expanded into four, and the ocean-facing Palm Suite is a two-bedroom that can be expanded into three.

Among other amenities, guests can enjoy complimentary use of priority bicycles and radio flyer wagons, as well as exclusive access to Barton & Gray yachts for excursions. The onsite restaurant is LoLa 41 Palm Beach, which was expanded to the Florida location with restauranteur Marco Coelho from the Nantucket location. White Elephant Palm Beach has also partnered with BMW; guests can be chauffeured into town in a 7 Series, and the remainder of the fleet are available for guests to sign out for a few hours on a first-come, first-serve basis. A shuttle is also offered to transport guests between the beach and property, and complimentary sweet treats from the White Elephant ice cream cart are available poolside daily.