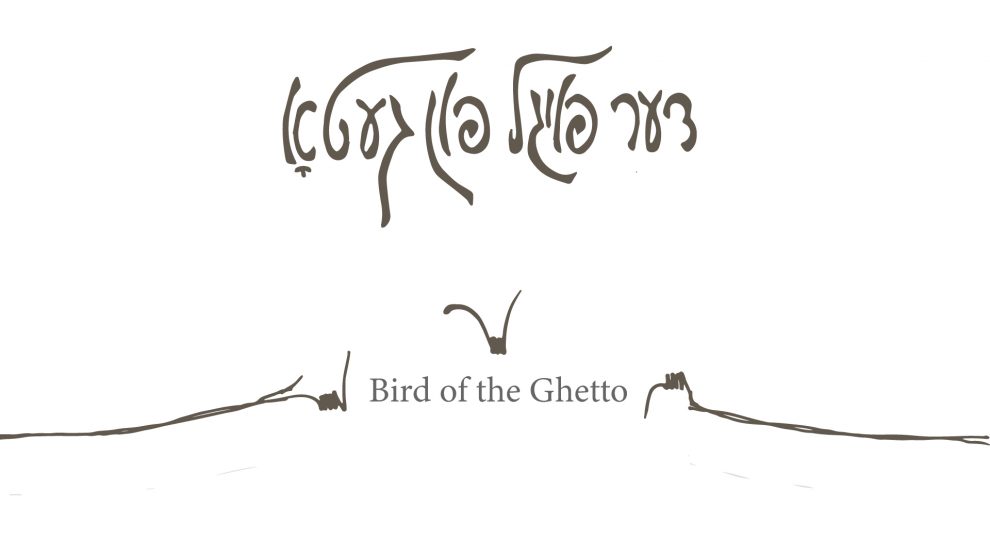 National Yiddish Theatre Folksbiene (NYTF) kicks off its Yiddish Women Playwrights Festival with a virtual reading of Chava Rosenfarb’s play “The Bird of the Ghetto” (“Der Foygl fun Geto”), the first time the play will be presented in the language in which it was written, Yiddish. Audiences can stream the event starting on Sunday, April 18 at 2 p.m. ET until Thursday, April 22 at 2 p.m.

“As we commemorate the anniversary of the Warsaw Ghetto uprising, the true story behind The Bird of the Ghetto, is a moving testament to the bravery and resilience of the Jewish resistance during the Holocaust,” NYTF Associate Artistic Director and Producer of “The Bird of the Ghetto” Motl Didner.

The Bird of the Ghetto chronicles the attempted Vilna Ghetto uprising and the tragic story of Jewish resistance leader Itsik Vitenberg, commander of the United Partisan Organization. The presentation coincides with the 78th anniversary of the beginning of the Warsaw Ghetto Uprising on April 19, 1943.

The FPO wanted the crisis to serve as the spark to ignite an uprising, but without the popular support of the community, Vitenberg was forced to sacrifice himself, and he surrendered to the Nazis. He died within days in Gestapo custody. The Vilna Ghetto was liquidated three months later.

The Bird of the Ghetto is the only play by Chava Rosenfarb, who is considered one of the greatest post-war Yiddish writers. While performed in Rosenfarb’s lifetime in English and in Hebrew, this is the first time this play will ever have been performed in the language in which it was written.

The Bird of the Ghetto is the inaugural production in NYTF’s Yiddish Women Playwrights Festival, a series celebrating Yiddish plays by women writers. While NYTF has a history of championing women directors, this is the first time NYTF will present a dramatic play written by a woman. Following The Bird of the Ghetto, the festival will feature readings of plays by Kadye Malodowsky, Marie Lerner,and Miriam Karpilove. The series is curated by NYTF Literary Manager Sabina Brukner.

“Celebrating this moving work from Chava Rosenfarb is an ideal entrée to our Yiddish Women Playwrights Festival,” said NYTF Artistic Director Zalmen Mlotek. “While women artists and directors are a proud part of NYTF’s heritage, it is important that we also give women playwrights center stage at the National Yiddish Theatre Folksbiene.”