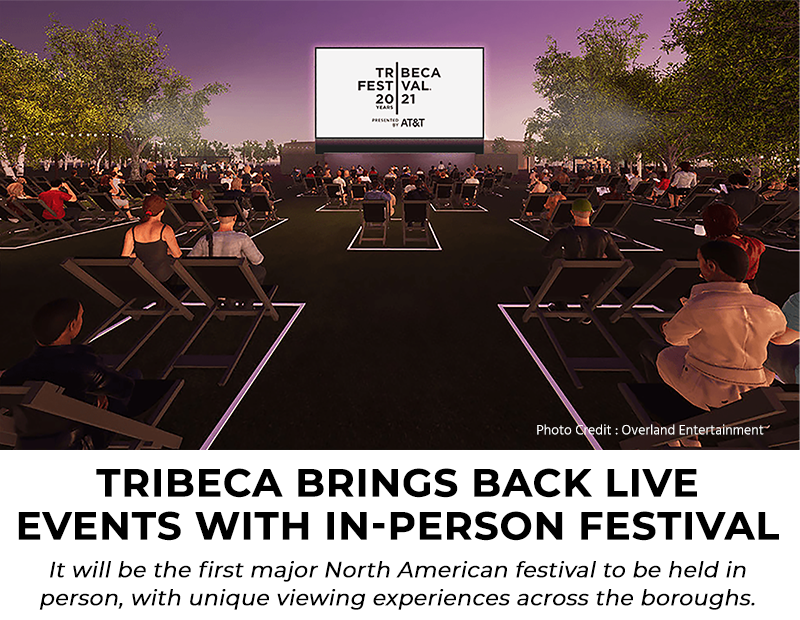 With a return to some in-person events this June, the Tribeca Festival will host community screenings across all boroughs at venues like Empire Outlets (Staten Island) and The MetroTech Commons (Brooklyn), as well as notable New York City spots like Brookfield Place New York, Pier 57 Rooftop, The Battery and Hudson Yards (Manhattan).

“Tribeca is a community of the most resilient and talented storytellers on the planet. In 20 years, that community of creators and our partners have become a family,” said Jane Rosenthal, co-founder and CEO of Tribeca Enterprises and the Tribeca Festival. “This summer we are excited to reunite as Tribeca becomes a centerpiece of live entertainment in neighborhoods across New York City.”

Tribeca Festival is working alongside the New York State Department of Health to ensure all gatherings are in compliance with COVID-19 safety protocols.