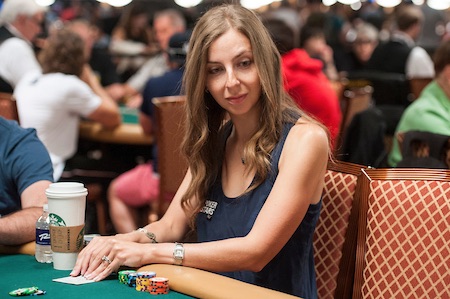 Konnikova also wrote bestsellers “The Confidence Game,” winner of the 2016 Robert P. Balles Prize in Critical Thinking, and “Mastermind: How to Think Like Sherlock Holmes,” an Anthony and Agatha Award finalist. She is a regularly contributing writer for The New Yorker. Her writing has been featured in Best American Science and Nature Writing and has been translated into over twenty languages. Konnikova also hosts the podcast “The Grift” from Panoply Media, a show that explores con artists and the lives they ruin, and is currently a visiting fellow at NYU’s School of Journalism. Her podcasting work earned her a National Magazine Award nomination in 2019. She graduated from Harvard University and received her PhD in psychology from Columbia University.

“I’m excited to be able to support such a wonderful organization. Its mission is one I feel strongly about, and I hope you’ll join me in playing for a great cause,” said Konnikova. “And to my competitors: play well, be smart, make good decisions — but most importantly, have fun!”