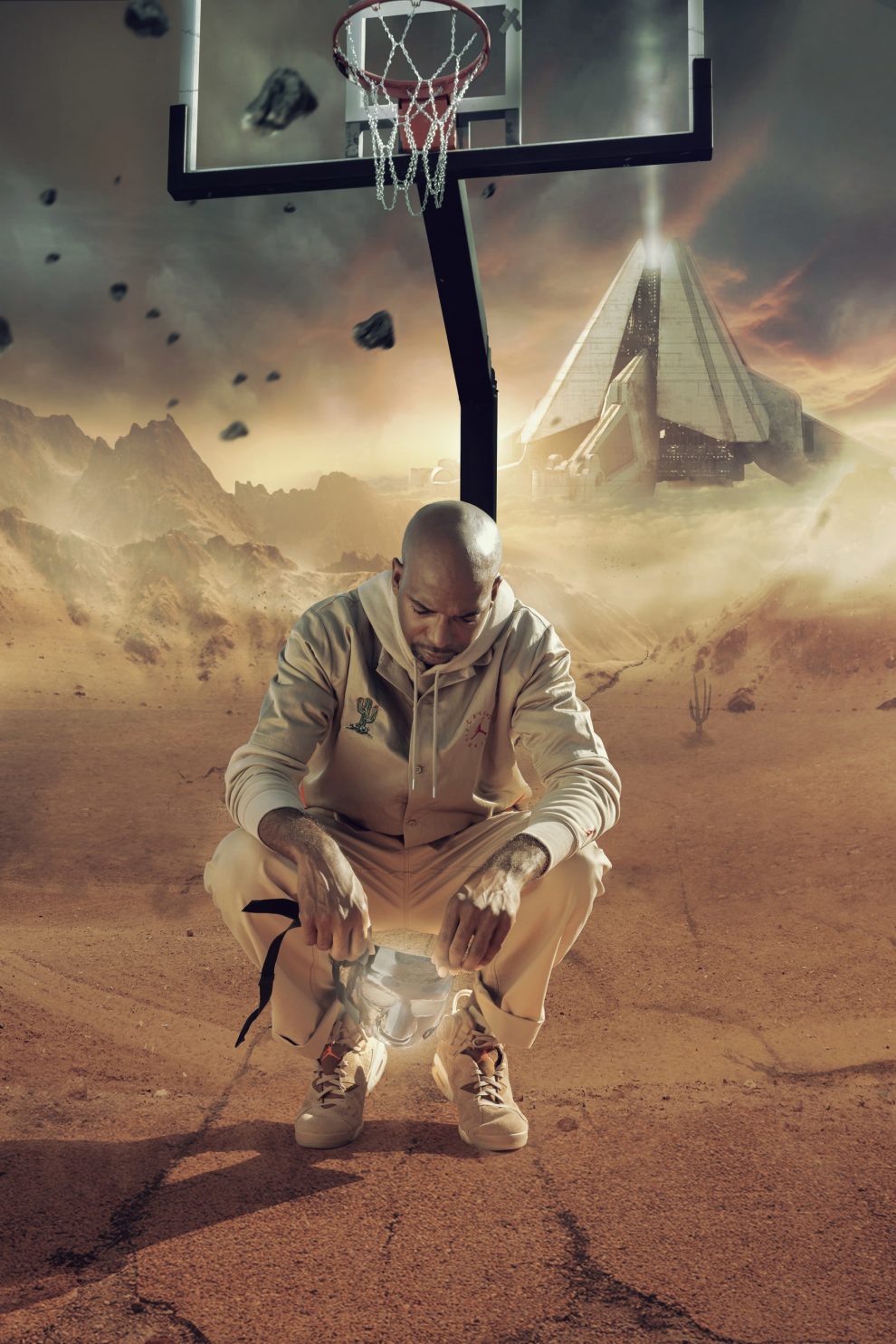 “It is awesome to support Travis Scott on the release of the new Jack 6S in collaboration with Brand Jordan,” Hamilton said. “I’m a sneakerhead and enjoy collecting shoes, and I’m impressed by Travis’ creativity, artistry and entrepreneurship.”

The sneaker features a premium brown suede upper with vibrant infrared accents on the tongue and heel. There are also two pockets on the collar and glow-in-the-dark outsole.

Additionally, the shoes are a part of the “Cactus Jack” apparel collection which includes shirts, a vest, a hoodie, shorts and pants.

In the promotional items for the shoe, Hamilton adorns “Cactus Jack” apparel, with the new sneakers, in a post-apocalypse desert setting and a basketball goal before him. In the images released, he holds his signature face mask however in the promotional video he puts it on before making a free throw.

“We had a great time shooting the videos and doing the promotional material for this release. I know people are going to love them – and they come in sizes for the whole family. My followers should definitely look forward to more exciting things, like limited release products and dope content on sneakers. I’ll also be putting together a couple of events later this year, so stay tuned for more to come,” Hamilton said.