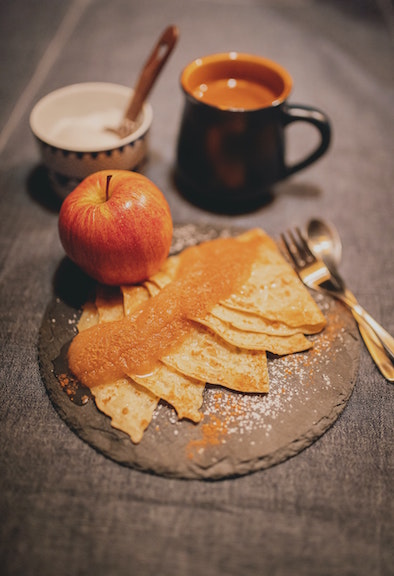 The Jewish holiday of Shavuot celebrates G-d’s rendezvous with the Jewish people 3,333 years ago at a humble mountain called Sinai. It was the first and only time the Creator communicated with an entire nation.

Almighty G-d gave the Jews the Torah a mere 50 days after leaving Egypt, entrusting a nation of former slaves with the cosmic mission of bringing divine light to the universe. This moment and mission are celebrated on Shavuot, as we rededicate ourselves to our spiritual task.

The Torah
Torah is G-d’s wisdom, an expression of His essence. G-d created the universe so that the Torah’s ideals could be actualized. The Torah, as we experience it, is divine wisdom distilled for consumption by the human mind. By studying Torah’s laws, logic and stories, it becomes possible to wrap our rational human mind around divine concepts.

Shavuot & Children
Before giving the Torah, G-d asked the Jews for a guarantor to ensure its perpetuation, and they responded: “Our children.” That’s why, throughout history, the Torah has been transmitted through our children — because they are our future. Children naturally absorb the Torah’s moral concepts, which is why children of all ages, even infants, should go to synagogue to hear the reading of the Ten Commandments on the first day of Shavuot, reliving the event as we experienced it the first time.

Written & Engraved
On the last day of his life, Moses inscribed the Torah on parchment scrolls. This written Torah was preceded by an engraved Torah: forty years earlier, at Mount Sinai, the Divine law was given to us in the form of Ten Commandments etched by the hand of G-d in two tablets of stone.

When something is written, the substance of the letters that express it — the ink — remains a separate entity from the substance upon which they have been set — the parchment. On the other hand, letters engraved in stone are forged in it; the words are stone and the stone is words.

There is an aspect of a Torah that is “inked” on our soul: we understand it; our emotions are roused by it; it becomes our lifestyle or even our “personality,” but it remains something additional to our selves. Then there is the quintessential self. At the core of every soul of every Jew, the spark of G-dliness remains constant, unchangeable and unaffected. This is a dimension of Torah that is engraved in our being and expresses a bond with G-d that is the very essence of the Jewish soul.

Take in the Ten Commandments
Relive the original Sinai experience on the first day of Shavuot by hearing the 10 commandments read in the Synagogue directly from the Torah. Make sure to bring along the kids.

Go Green
Decorate Jewish homes and Synogogues with floral arrangements, symbolizing the flowers that miraculously popped up all over Mount Sinai at the Torah’s giving.

Enjoy a Dairy Meal
When the Torah was given the Jews immediately became obligated to observe the Kosher food laws, but their utensils did not meet the newly–taught kosher standards, so they quickly threw together a dairy meal.

Honor Your Roots
On the second day of Shavuot Yizkor, pray for loved ones who have passed on.

Read the Book of Ruth
On the first historical Shavuot, all Jews “converted” to Judaism by accepting the Torah and its laws. That’s why we read the Book of Ruth, since she was a sincere convert who embraced Judaism with all her heart.

Recipe: Cheese Blintzes
Cheese blintzes are served hot with sour cream or applesauce. They are a special favorite on Shavuot when it is customary to eat dairy products (not hard cheese) before the main lunch meal.

BATTER: Combine eggs and milk. Add sour cream, and blend well. Add flour gradually, then both sugars and salt. Mix well until batter is smooth. On a low flame, heat a small amount of oil in an 8-inch frying pan until hot.
Ladle a small amount of batter (approximately one ounce) into pan, tilting pan in all directions until batter covers the entire bottom of the pan. Fry on one side until set and golden, approximately one minute. Slip crepe out of pan and repeat until all is batter is used. Add oil to pan as necessary.

FILLING: In another bowl, mix all ingredients for filling.

ASSEMBLE: Fill each crepe on a golden side with 3 tbsps. of filling. Fold top and bottom into center and roll blintz from the sides until completely closed. Reheat rolled blintzes seam-side down in pan and fry for two minutes, turning once.