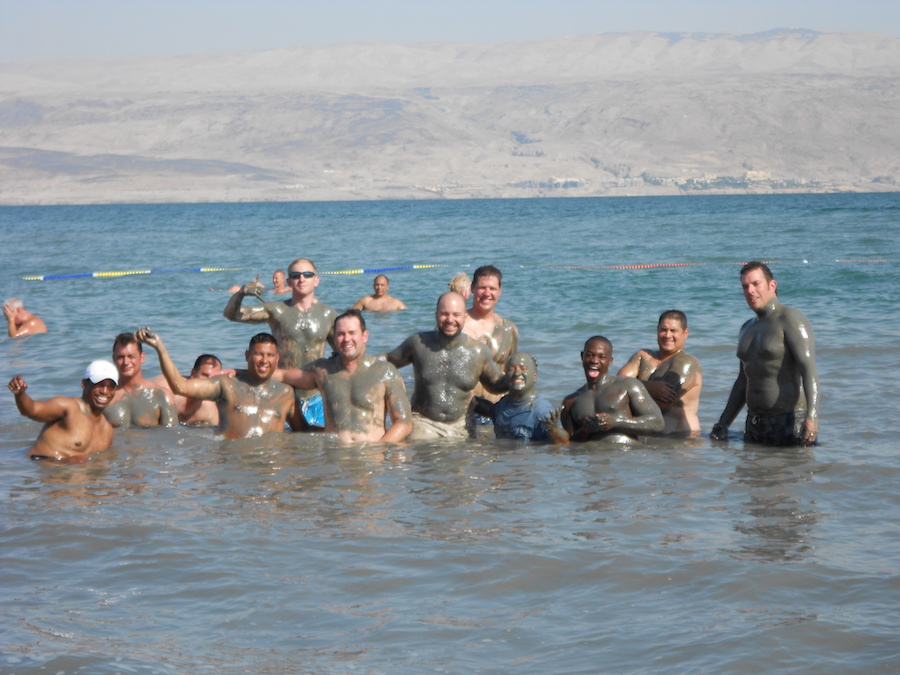 God wishes I was dead” is a horrifying statement that no human being wants to hear from a loved one. At Heroes to Heroes, it is a common statement among the veterans we serve. What would drive a person to believe that their Creator no longer wants them alive? My name is Judy Isaacson Elias. I am the founder of Heroes to Heroes. It is my mission to find out why and solve this problem.

Seventeen veterans die by suicide each day — over six thousand per year. It is a number that has been consistent over the past fifteen years. Why, with tens of thousands of veterans’ organizations, does suicide continue to be a problem? Why are suicide rates going up in all parts of our society, especially among our veterans and young adults? Currently, over 6,000 young adults die by suicide annually. The suicide rate for ages 18-24 is surpassing our veterans. What do they have in common? What can we learn from studying our veterans that will help us with our young people? Heroes to Heroes is determined to find out.

I was 16 years old when my life started spiraling downward. My father, a proud U.S. Army veteran of World War II, worked hard to build a life and family in the United States, but, in many ways, he never came home. He never spoke of his time in combat, though he landed in Normandy on the second day, was in the infantry in the Battle of the Bulge and was with his unit as they liberated a concentration camp.

My relationship with my mother and sisters was painful and combative. I felt different and unwanted. I turned to alcohol and drugs and rejected my faith and my family’s values.

During this period of personal turmoil, my parents sent me on a youth group pilgrimage to Israel. It was in Israel that I found myself. As we walked to The Western Wall, I felt strongly that I did not deserve to be there, that I had not been respectful to God and had rejected all He had given me and my people. I cried openly, and friends encouraged me to keep moving forward. When I finally put my hand on The Wall, I took a breath and knew I wasn’t alone. It was a pivotal moment for me. It was the beginning of my new life. That reconnection allowed me to choose life.

Thirty-three years later, in 2009, I was invited to Walter Reed Army Medical Center to visit our soldiers. What I saw broke my heart. Our soldiers did not want to come home. They did not believe that they deserved a full life. Many lost battle buddies. All had lost friends, and almost all had to kill to survive. How do you come home and live a normal life after that experience? I knew, as the daughter of a veteran and as American mom, I had to do something. Heroes to Heroes was born.

Heroes to Heroes provides healing and peer support for veterans who have attempted suicide due to moral injury/post-traumatic stress disorder (PTSD). Moral injury is the damage done to one’s conscience or moral compass when that person perpetrates, witnesses or fails to prevent acts that transgress one’s own moral beliefs, values or ethical codes of conduct (as defined by Syracuse University). At Heroes to Heroes, we group moral injury with PTSD symptoms since our studies are showing that healing moral injury lessens PTSD symptoms.

My experience in Israel not only changed my life but now changes the lives of so many. Heroes to Heroes provides journeys to Israel for our most vulnerable veterans of all faiths, backgrounds and communities. Ten days on the ground in Israel, sharing time with Israeli friends and reconnecting with God to find and accept forgiveness has saved the lives of hundreds of veterans.
For example, Steven had four suicide attempts. His father called me and told me, “I am going to lose my son. Heroes to Heroes is the last resort. Would you please take him on your journey? It’s our last chance.”

Steven, a 26-year-old at the time of his journey, had four deployments as a special forces soldier between Iraq and Afghanistan. Steven considered himself the “crazy guy” in his small community in the South. He would visit his Veterans Administration (VA) therapist, fold his arms and sit for an hour. He was terrified to reveal his story. Since his father feared Steven would not board an airplane to meet the team, he drove his son over twenty-four hours to Newark, New Jersey, to make sure he met his Heroes to Heroes’ team and participate in the journey.

In Jerusalem, Steven went with the team to Yad Vashem, Israel’s national museum and monument to the Holocaust. The last part of the museum is a memorial to the 1.4 million children who were murdered. As the team left the memorial, Steven asked everyone to gather around. He then informed the group that, for the first time, he understood that he is a soldier, not a murderer.

When he was in Iraq, his team was ambushed. He had a split second to decide whether to eliminate the insurgent who was about to shoot his battle buddy. He took the shot. He then found out that the insurgent was 10 years old. That child visited him every night in his dreams. He had not slept for years. The following day, the team went to Bethlehem. On their way home, Steven asked the accompanying pastor if he would pray with him. It was the first time Steven was able to pray since the incident in Iraq.

It is a tradition for visitors to the Holy Land to plant trees. For our veterans, this experience is transformative. Steven planted a tree in memory of that ten-year-old boy. The following night, he slept. Over 300 American veterans and 90 Israelis have taken part in Heroes to Heroes journeys in Israel. The results are so strong that a team led by Joseph Currier, a world-renowned expert in moral injury, has undertaken a long-term study of Heroes to Heroes’ outcomes. Preliminary data is promising. We expect published data in late 2022.

COVID-19 has put Heroes to Heroes’ journeys on hold until July 2021. The organization expects to continue to send six to eight teams per year, with the goal being ten to fifteen teams per year. There are hundreds of veterans on the waiting list.

Heroes to Heroes’ participants commit to one year of programming that includes post-journey follow-ups with their teams, Zoom meetings, regional events and, when possible, in-person meetings. Heroes to Heroes provides a program for spouses to help with re-entry from the journey.

It is important that the next generation understand our veterans. These problems will not go away. To ensure our veterans are taken care of, Heroes to Heroes’ alumni speak on college campuses and Zoom meetings with students throughout the country. They explain their service, suicidal ideation and experience reconnecting in Israel. Students, who are in the age group that is most vulnerable to suicide, come out in large numbers to hear their stories. A majority want to know how they can get to Israel.

Heroes to Heroes is funded by a generous grant from JNF’s Boruchin Fund and private donors. You can sponsor a veteran or a team and get to know those whose lives you are saving. Play in or sponsor our annual golf outings that take place in New York, New York (July 12); Boca Raton, Florida (October 18) or Los Angeles, California (November 8), where you will meet our alumni and enjoy a beautiful day while saving lives. We cannot save lives without you!