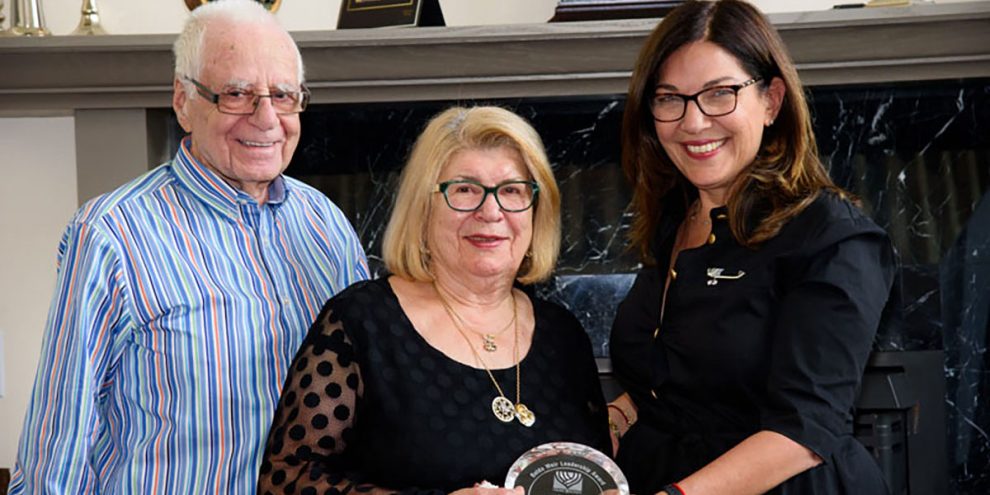 Fania Wedro was born Fania Hellman in Koretz, Poland on August 25, 1927. When she was fourteen years old, the Nazis took away her father and the other men living in the village. Fania then spent six months in a work ghetto in Koretz, where she escaped two mass killings by the Nazis. After escaping the second mass killing, she lived in hiding in the forest for eighteen months.

After being liberated by the Russians in 1944, Wedro was smuggled across various borders and eventually reached a displaced persons camp in Linz, Austria. She became a teacher in the camp and met and married her husband Leo (Leib) Wedro. In 1948, the couple immigrated to Canada and became successful business owners.

Join the Museum on October 14 at 2 p.m. for a virtual program exploring Fania’s experiences during the Holocaust, and her efforts to bring attention to the massacre of Jewish villagers in eastern Europe. She will be interviewed by the Museum’s Senior Public Programs Producer Ari Goldstein. Register here.

This program is co-presented with the Calgary Jewish Federation.

Pandora Celebrates the Season With More Holiday Stations Than Ever Before