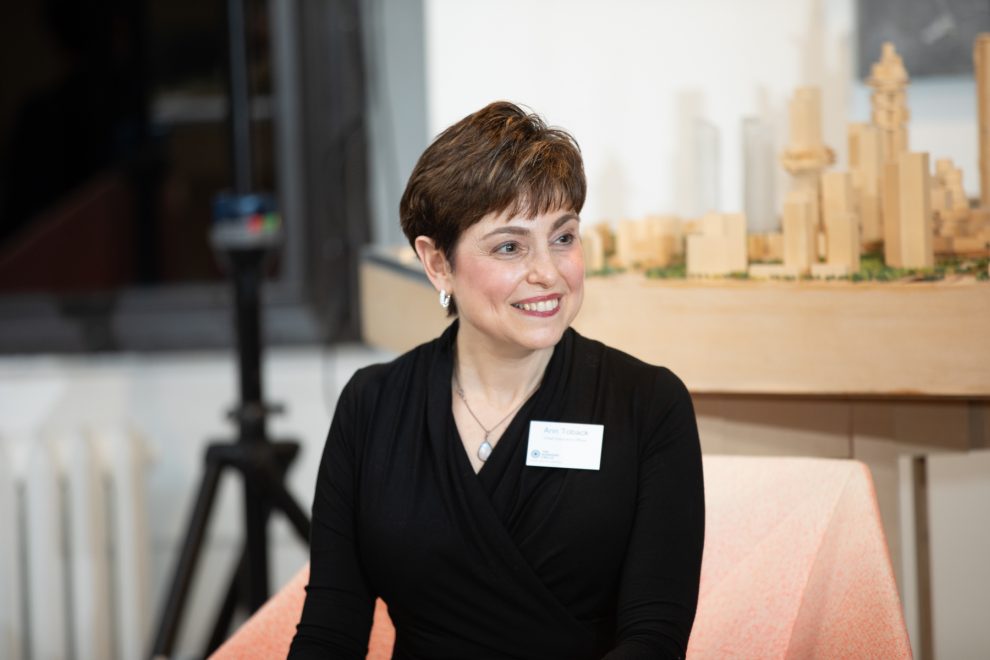 When she began her time as the first female CEO of The Workers Circle, Ann Toback knew she was signing up for a challenge. As a Jewish social justice nonprofit originally founded in 1900 by Yiddish-speaking immigrants in New York City, the organization was in need of some modernization. Since taking on this role, Toback has expanded the Workers Circle’s impact and grown its programs. Here, Toback shared with us more about her journey and her dedication to her work.

Tell us a little about The Workers Circle and why it is important.

The Workers Circle is a nonprofit social justice organization that powers progressive Jewish identity through Jewish cultural engagement, Yiddish language learning, multigenerational education and social justice activism. It first served as a safety net for newly arrived Eastern European Jewish immigrants in the early 1900’s, eventually transforming into a fraternal benefits society at a time when crucial services such as medical care and insurance were not readily available to Jewish immigrants. Our founders were also radical activists, many of them having been labor organizers in their homelands, and they created The Workers Circle as both a supportive community and an activist network, supporting collective engagement in furtherance of democracy, worker rights and immigrant protections. The organization has been steadfastly involved in defending our democracy, labor organizing and advocating for immigrant rights for 121 years. Today, we are working to ensure that the country our ancestors envisioned — a participatory democracy in which all people are included — is realized.

I came to The Workers Circle in 2008 from serving as the assistant executive director of the Writers Guild of America, East. I loved working in the union world, and through my work, I saw that there was a societal need to teach people the tools of effective activism and collective engagement. I was immediately attracted to The Workers Circle’s rich activist history, its proud connection to its immigrant roots and its early members’ critical role in the evolution of the early American labor movement. As the fourth generation of a family steeped in labor activism, the organizational soul of The Workers Circle appealed to me. But the 108-year-old organization I joined was also at a crossroads: its activist history now needed to evolve to meet the challenges of a new century. It needed to find a modern voice and vision.

From my first day here, I led our organization through a revisioning process, resulting in new branding and in our name change in 2019 from “Workmen’s” to the gender neutral, “Workers” Circle. We also changed our organizational model from our historic branch structure to a unified national membership organization, which has made us stronger and more effective and — I believe — will have an impact on our organization for years to come.

I have worked to solidify The Workers Circle as a social justice organization, with the goal of building an impactful national progressive movement. Some of the campaigns I am most proud of include our successful campaign for the minimum wage, Fight for $15 in New York State (we organized a Jewish coalition for a $15 minimum wage of over 40 organizations representing over a million members around this issue); the Green Light NY Campaign to grant undocumented New Yorkers state drivers’ licenses and most recently, the campaign to enact the Protect Our Courts Act to shield immigrants from ICE at New York courthouses.

Can you tell us more about the social justice causes that The Workers Circle advocates for?

The issues The Workers Circle focuses on fall into three categories: strengthening democracy, economic justice and immigrant rights. Right now, we are working tirelessly to advance racial equity and put an end to systemic racism. We are doing this today by advocating for voting rights at the federal level — an issue that has only increased in urgency as states across the nation enact increasingly oppressive restrictions on voting rights in their respective states, many specifically drafted to keep people of color and the poor from accessing voter polls. By enacting federal legislation, we can protect and affirm the right to vote for every person.

We continue to advocate for worker protections for all — specifically for those frontline, essential workers who have been hit hardest by the COVID-19 pandemic. The right to organize is fundamental to ensuring that human rights are respected in the workplace. That’s why we’re working for the passage of the Protecting the Right to Organize (PRO) Act. Our current focus is on extending a pathway to citizenship for dreamers and ensuring that everyone — regardless of immigration status — can access crucial social supports such as food assistance, health care and affordable housing.

What sets The Workers Circle apart from other social justice organizations or institutions?

We are unique in a lot of ways. We are a secular Jewish organization, focused on Jewish history, culture, Yiddish heritage and activism. We also focus on a domestic agenda here in the United States, but our work does extend internationally when it comes to Yiddish. We run the world’s largest Yiddish language instruction program. We are proud to teach the language today and engage Yiddishists as instructors and students throughout the world in our virtual program serving all levels. In the last year, we had students register in 32 states throughout the U.S. and in 28 countries around the world!

What are your hopes for the future of The Workers Circle?

Last year we celebrated our 120th anniversary, a special milestone in the Jewish culture, for there is a Yiddish expression that translates to: “May you live to 120 years.” Well, we did, and it is my hope the organization will endure and continue to evolve for another 120.

More concretely, I hope our current activism will result in real changes on critical issues that impact us all. The young activists in our organization give me the most hope for our future. They are brilliant organizers and communicators, and they are compassionate and enlightened. Their politics are intersectional, and they are busting up norms at every turn, pushing the mainstream toward progressive activism. That includes within and beyond The Workers Circle, and I couldn’t be more proud of them as I join them in campaigns to make our world a better place for all.