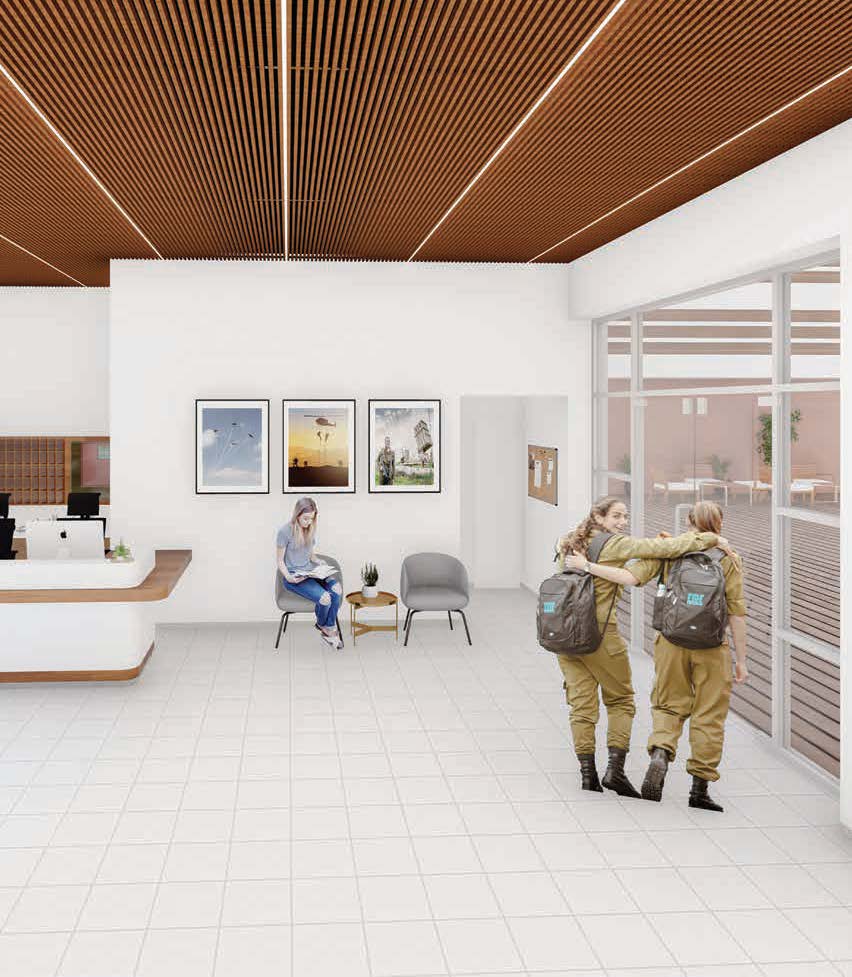 established by Holocaust survivors, Friends of the Israel Defense Forces (FIDF) began as a small organization to help and support IDF soldiers from the U.S. Now the organization has grown to include 26 chapters and operate a number of projects and programs to improve the lives of IDF soldiers.

“Our mission, in a nutshell, is really to help the well-being of the Israeli soldiers,” said Dina Ben Ari, vice president of the organization’s southern region. “We do that in a few projects and programs. Education is really a key component of our mission. We believe that education is not only changing the soldier’s individual life, but in the big picture, it’s also helped the state of Israel.”

This aspect of their mission includes a number of initiatives, including helping soldiers to finish their high school education while they are serving in the IDF (if they have not gotten their high school diploma already) and encouraging an eventual path to higher education. Through the program “Uniform to University,” FIDF helps to cover the cost of university tuition for those who serve in the IDF and are of low socio-economic status. Through this program, the soldiers are helped through a four-year university program with a requirement of doing 130 hours of service per year to their community in return.

“Usually these soldiers are really the first one to get their (higher) education in the family, so it’s not only them,” Ben Ari said. “They are a role model for their other siblings to continue to pursue higher education. And by giving them the education you really change the structure of Israeli society.”

Brian Sarran, director of FIDF’s Palm Beach Chapter, added, “It’s not just these individuals and breaking their cycles of poverty, but the opportunity to ensure the future of Israel and the Jewish people.”

Beyond addressing the soldiers’ educational opportunities, FIDF also has a strong focus on fostering the wellbeing of IDF soldiers. As part of its “Dignity” program, FIDF helps soldiers and their families with furniture, food vouchers and ways to build their credit and improve their financial status. Additionally, its “Adopt a Brigade” and “Adopt a Battalion” programs direct FIDF donations to improving the lives of IDF soldiers in a various ways.

“It’s giving them vouchers, for soldiers that are in need, but then also the battalion or the brigade, they need all kinds of additional stuff that the IDF doesn’t give them,” Ben Ari explained. “For example, to boost their morale, when they’re coming back from operations and from all kinds of exercises, they need to have some release. So these programs are really giving them extras like if they want to have a trip for the unit just to go for one day, or if they want to have small things like key chains, hats or shirts of the unit, so it boosts their morale.”

Another key program that FIDF focuses on is their “Lone Soldiers” initiative.

“Lone soldiers are two types,” said Ben Ari. “We have lone soldiers that come from outside of Israel and they volunteer to serve in the IDF. Now these kids are really leaving the comfort of their home and coming to the IDF. So obviously they have more needs than Israeli soldiers. Think about it: come the weekend an Israeli soldier goes to his home, to his parents. He has food, somebody is washing his clothes. Now this lone soldier, they don’t have that, so they get extra help from the FIDF. The other type of lone soldiers are Israelis coming from either not having a home or their family dishonored them. For all kinds of personal reasons, they don’t have anywhere to go, so we take care of them.”

Part of the extra help for non-Israeli lone soldiers includes a call center that can be utilized by both the soldier and their family back home.

“If the family didn’t hear from the soldier, if they are worried, or if the soldier has some kind of a problem, they have a 24/7 call center that can help them,” she said.

Another way that FIDF helps lone soldiers is through the building of homes in Israel for them to safely reside in.

The Saban Family Lone Soldier Home in Rishon LeZion is currently in the process of being funded by generous donations to FIDF and is planned to provide housing for 190 lone soldiers upon its completion.

“The lone soldier home in Rishon LeZion is a project of $17 million and this is something that all the FIDF chapters are really working to raise money for,” Ben Ari explained. “In each apartment, we have four bedrooms and a living room, and of course a kitchenette and bathrooms. The location is great; it’s in Rishon LeZion in the center of Israel. Also, the soldier has his own room, meaning even if he goes for a week or two for something he has a room. Nobody is going to stay in his room. He has a lot of privacy. And we really want to cherish the lone soldier and appreciate their sacrifice.”

Looking forward to 2022, Ben Ari and Sarran both expressed that FIDF excitedly anticipates returning to in-person fundraising events and will work to continue funding a variety of new projects to improve the lives of IDF soldiers.