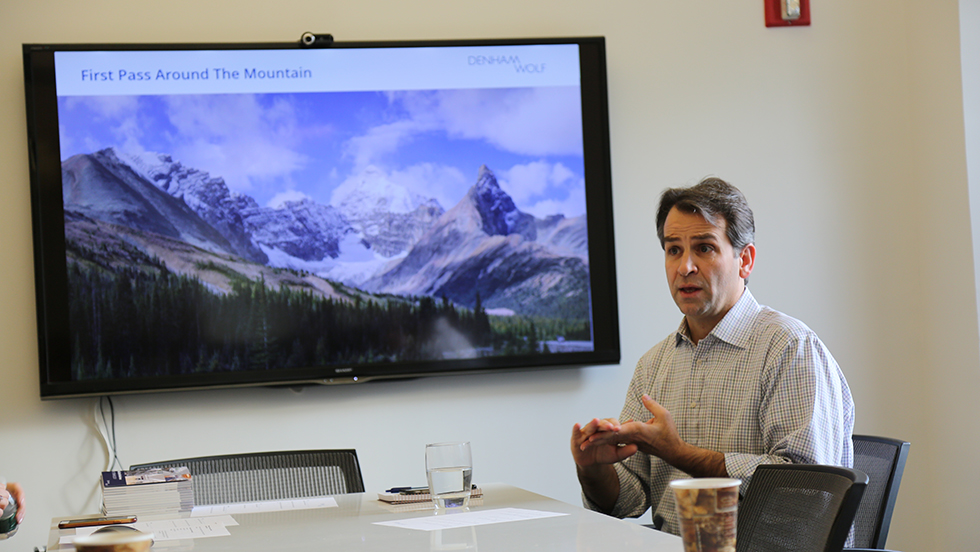 A study in nonprofit success—courtesy of the foremost experts in the field.

When it comes to the New York City nonprofit sector, few names are as renowned as that of Denham Wolf Real Estate Services. Born out of co-founders Jonathan Denham and Paul Wolf’s self-proclaimed rampant idealism and passion for the nonprofit marketplace, Denham Wolf’s mantra is simple: mission leads, real estate follows.

“Our mantra is a direct outgrowth of working with many different organizations, some of which have made mistakes in the past when it comes to real estate,” said Wolf. “Because, ultimately, the purpose of real estate is to serve your organization’s mission.”

Especially in New York City’s competitive CRE climate, it’s often easy to get drawn into a project that might not be ideal for an organization’s mission. However, it’s essential that nonprofits have mission as their north star to support them throughout all phases of a real estate project. After all, the reason for government-granted tax exempt status is because of a nonprofit’s mission. So it’s essential that real estate both aligns with and supports that mission.

In recent years, many other nonprofit advisories have followed in Denham Wolf’s footsteps—adopting similar mission-centric mantras for their dealings.

“For the record, that started with us,” added Wolf.

The firm accomplishes its lofty—and original—ambitions via three distinct services: transactions, development and project management. In other words, Denham Wolf acts as a mission-first advisor for development, construction, and design, and as a mission-first broker for leases, purchases, and sales—an impressive feat for a company of only 17.

To get the full picture on what Denham Wolf brings to the table, we sat down with Wolf to discuss two of the firm’s recent Manhattan projects: Cerebral Palsy Associations of New York State’s 31,000-square-foot commercial condominium, and The Osborne Association’s 6,700-square-foot office and classroom space.

Much ado about landlords.

“Osborne is a fabulous organization that we’ve worked with for many years,” said Wolf of the firm’s partnership with the Osborne Association. “We’re very proud to work with them, and if you’re not familiar with them, you definitely should be.”

Founded in 1933, Osborne’s mission—the key factor in all of its real estate dealings—is commitment to progressive criminal justice and prison reform. The organization accomplishes this with public programs and direct services that support reform and rehabilitation, such as public education and advocacy, strategic partnerships, incarceration alternatives, workforce development services and transitional housing.

However, finding square footage for nonprofits like Osborne can often prove difficult.

“They work with a challenging clientele, and some building owners respond negatively to the idea of that in their building,” said Wolf. “So we needed to place them in a building that can handle a lot of traffic that would be comfortable with Osborne’s use, which is people who have committed low-level offenses. As you can imagine, there are many knee-jerk reactions to this.”

It’s a common issue when it comes to nonprofit leasing. Oftentimes the organization in question services a group that many landlords find objectionable—at least on paper. This can limit the available options, unless, of course, the nonprofit has an experienced broker on their side to educate the landlord about how and why this organization will be an excellent tenant.

In the case of Denham Wolf, this particular deal came down to experience, connections and know-how.

“We’ve done enough business with buildings over the years to know how they handle certain nonprofits,” said Wolf. “This particular building that we made the deal with already had a number of nonprofit tenants that do the kind of work that Osborne does. But, unfortunately, there definitely were buildings that wanted nothing to do with them.”

“They were definitely under pressure to find a space quickly and secure a lease,” said Wolf of the deal, which Denham Wolf was tasked with completing within approximately six months, due to funding provisions of the new program. “We were very proud to deliver them a great space with a great landlord.”

To buy or not to buy?

On the other end of the spectrum, the Cerebral Palsy Associations of New York State (CP of NYS) required a much larger space for their new headquarters. And with a bigger organization comes bigger challenges.

“CP of NYS is a large organization with a very long and solid history,” said Wolf. “As a result, they are very deliberate. So we spent a lot of time with them internally on the decision-making process.”

Indeed, with over twenty affiliates, CP of NYS has grown a great deal since its initial founding in 1946. However, its mission remains the same: to advocate for the rights of people with disabilities, improve their access to services and ultimately improve their quality of life. Over time, this mission inspired CP of NYS to consider providing clinical, housing and administrative services all under one roof.

“We put in a lot of time analyzing multiple consolidation options with them,” added Wolf. “Eventually, we reached the conclusion of an office condo—which ultimately made perfect sense as a first step.”

Prior to the commercial condo conclusion, Denham Wolf modeled multiple scenarios for CP of NYS, such as the colocation of a 28,000-square-foot administrative headquarters, a 15,000-square-foot Federally Qualified Health Center, and a substantial amount of affordable housing, incorporating existing buildings and development opportunities in modeling the scenario. Ultimately, CP of NYS decided to acquire an administration-only site, and found a home in a 31,000-square-foot commercial condo in the Financial District—a purchase that made sense for an organization of its size and stability, and serves as a case study in renting versus ownership.

“Almost every nonprofit who hires us today asks us ‘should we buy,’” said Wolf of the transaction. “And it’s certainly true that the inventory of commercial condos has increased over the years. We take our clients through a very detailed analysis of ownership versus leasing. Ownership typically makes more sense by year twelve, thirteen or fourteen, assuming that an organization has the ability to come up with the capital up front and has the consistency of funding, as the reduced flexibility of ownership can make it a riskier option.

“A commercial condo made sense in the case of CP of NYS because they are stable and have consistent funding,” said Wolf. “They were also able to get their hands on enough money to make the purchase.”

CP of NYS will sit alongside many other nonprofits in its new space at 40 Rector, and will continue to live out its mission in its new home.

All that glitters… is in the nonprofit sphere.

According to the team at Denham Wolf, nonprofits previously found a home along Seventh Avenue, in the high 20s and low 30s, but they have since been priced out and have moved to Eighth Avenue, which is now teeming with nonprofits.

“It depends on the client,” said Wolf. “If they want a fancier building they tend to go to lower Manhattan, but we definitely still do a lot of deals in the Garment Center as well. We’ve also worked on a ton of program-intensive site searches, so that’s everything from health to education centers, which are usually tied to specific neighborhoods throughout the five boroughs.”

Denham Wolf itself is located on Eighth Avenue, in a building in which it has negotiated 150,000 square feet of nonprofit space, allowing for more facetime and connection between the firm and the nonprofit community. Because, ultimately, for the team at Denham Wolf, passion and pride is at the epicenter of all that the firm does.

“I am tremendously proud of this organization,” said Wolf. “Before we founded Denham Wolf we spent a great deal of time interviewing nonprofits—and many were upset because they were perceived as not having any money, and landlords weren’t treating them well. We’ve established a whole new environment in commercial real estate, one where people see nonprofits as creating value.”

And this culture of value is especially important in New York City, where the nonprofit sphere plays a major role. Denham Wolf sees itself as participating in the improvement of the city and contributing to its overall health, and it does so with an unparalleled team of experts that genuinely care about their craft.

“I feel honored to be in this space and fortunate that it’s been such a good run, and that we’ve been able to bring so much to this city,” concluded Wolf. “We do phenomenal work for these organizations, and we consistently go above and beyond. I’m proud of that. I’m proud of what we’ve accomplished in 21 years, and what we will continue to accomplish in the future.”

And that’s a mission you can count on.