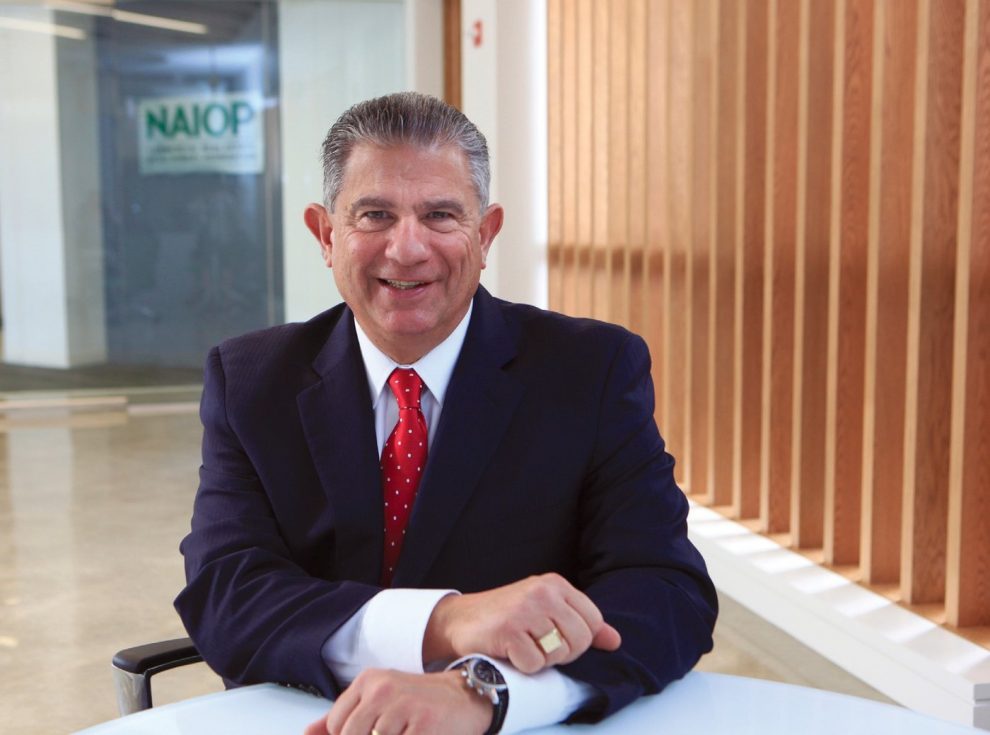 Driven by the growth of e-commerce, the industrial sector has been one of the most prized among commercial real estate investors in recent years. New development continues in markets as disparate as New Jersey, Norfolk, Virginia, and southern California, as does the redevelopment of obsolete stock. Mann Report spoke with Thomas J. Bisacquino, president and CEO of NAIOP, the Commercial Real Estate Development Association, about trends affecting the sector. After joining NAIOP in 1988, Bisacquino has served in his current role since 1991.

Industrial space has been a favored investment sector in the last few years. Will that continue?

The short answer is yes. Clearly, the industrial product is the darling of the industry. It has the most demand. Two or three years ago, it was relatively underserved, and then everyone got into building and expanding industrial space. We’re seeing supply slowly catching up with demand, but there is still a lot of demand for the space. But the type of space is changing. 80 percent of it is consumer-driven. As the e-commerce percentage of retail has only grown in the last 10 years, our sense is that industrial is still a pretty solid investment and will continue to grow.

Are the right types of facilities being built in the right locations?

Most people in the business are fairly sophisticated and savvy about what consumers want, and consumer demand has changed. Before, getting goods in two or even three days was perfectly acceptable. Now in some markets, consumers want goods in two hours or less. The issue becomes getting these big fulfillment centers closer to the consumer. People are looking at old freestanding banks, because they’re close to where people live, for micro distribution fulfillment centers. They can use Uber drivers to deliver that product.

What are the logistical challenges in urban areas?

As we get closer to where people live, land values go through the roof. We’re looking at two-or even three-story fulfillment centers; this has been done over the last 10 years in Asia, where land is constrained. You’re seeing that type of activity in this country. Examples are 1055 Bronx River Avenue in the Bronx — a two-story center completed in 2018 with 250,000 square feet — and 2505 Bruckner Boulevard, with 700,000 square feet to be completed in 2020. Another one of our members is working with Goldman Sachs on a multistory facility at 640 Columbia Street in Brooklyn, which is supposed to be done by 2020.

The costs to build these are much more than your typical box. A lot of engineering goes into them. You’re taking 53-foot tractor trailers up a second story to a cross-dock facility, but tenants want to be close [to the consumer]. And no one is predicting this is going to level or shrink at all. The percentage of retail moving to e-commerce is just continuing. The demand is there, and the consumer’s expectation has grown exponentially.

In New Jersey, companies are taking them and raising the roofs, which is much more cost-effective than tearing them down. You’re also seeing an interesting phenomenon, where some are turned into coworking space. It’s another completely different use for them. They’re on the edge of the cities, and now these old industrial central business districts and surrounding areas are hotspots where people want to live. Still, the money is being pushed toward the large projects — they can’t be built fast enough, high enough or close enough to the consumer.

What about long-term concerns, such as a recession?

Barring some horrific situation, no one is betting against real estate, particularly industrial. Everyone is bullish. The millennials, if anything, are more prone to buying online than their parents or grandparents, and they’re now getting into their peak spending years.

How else will demand for this space be filled?

We’re looking at adaptive reuses. People are taking the old B and C malls and turning them into industrial. [They are] big, sit on major highways, and are relatively inexpensive to purchase. Think of the irony.

Twenty years ago, this would have been heresy, but people are looking at older suburban office product to tear them down and build industrial space. There’s such a shortage of land that they’re willing to pay a premium. It’s becoming more common in the Northeast, and in New Jersey in particular, where there’s little land available.

What labor issues are affecting the industry?

There is certainly a recognition that technology will drive how fulfillment centers operate. What is going on inside that box is more complex. A huge concern in the industry is the labor to operate them. To be successful, industrial tenants need access to a good, affordable labor pool. That’s becoming more problematic.

Take something as simple as parking. An old 750,000-square-foot facility would have 150 people working that facility. Today, for a one million-square-foot building, you’ll have 2,500 people. You have to get them in there and park them. The logistics have changed as you need to get products directly to the consumer. Labor is huge, logistics is huge.

What markets are up-and-coming? How are the traditional ports adapting to the changes?

Miami is becoming a hub for perishable and refrigerated products. A very high percentage of flowers that come into this country come through the Port of Miami, and from there they can be anywhere in this country within 36 to 48 hours. They’re trying to capture the perishable goods market.

Houston is also is on the radar screen. With the Panama Canal being wider, a lot of those loads that came through the West Coast are coming through the Canal and hitting the Port of Houston. There’s a lot of investment going into that port.

Long Beach, California, is massive. Norfolk, Virginia, is a huge destination. It’s a deep water port, so they don’t need to keep dredging it. It services two major railroads, and the U.S. Navy is there, so it’s a secure facility. They see it serving the heartland through the Ohio corridor because the East is covered by the other ports.

Are there other concerns?

There is always a concern about the cost of construction and labor. Costs are going up. There is still plenty of supply of capital, so we’re not constrained. The biggest competitive issue in the industrial issue is land. You can find money. The demand is there. But finding land and making the deal work [financially] is getting tougher, especially in the older Northeast cities. That’s why we’re seeing brownfield redevelopment. Everyone is still fairly bullish.

Walker & Dunlop Arranges $388M for The Brook in Downtown Brooklyn