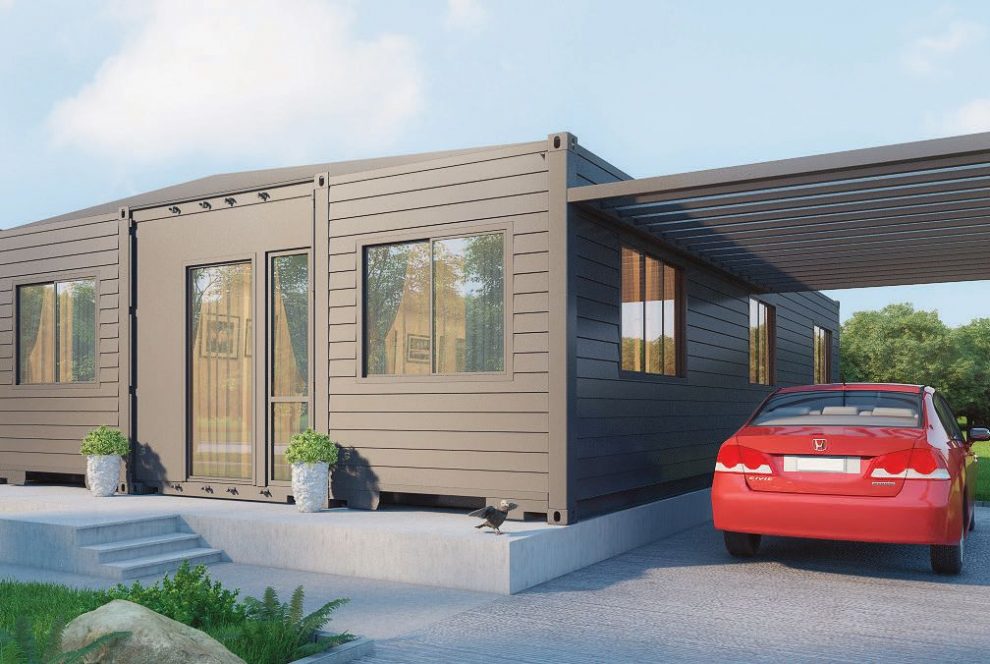 The newest solution to the housing crisis in Puerto Rico will certainly be able to cope with hurricanes. Created from shipping containers, they’re already built to deal with pounding water.

SG Residential, the licensee of Brooklyn, New York-based SG Blocks, has acquired a development site in Guayama, Puerto Rico, and at press time was scheduled to begin work on 55 concrete shells and 128 three-bedroom, two-bathroom homes by the end of March. The goal is to help address the housing crisis resulting from Hurricane Maria in 2017, said SG Blocks Chairman and CEO Paul Galvin.

For areas such as Puerto Rico and hurricane-prone regions in the continental U.S., “we see a natural fit for our product, which is originally made to take a beating from salt water,” Galvin said.

“It’s really important the government officials and elected leaders start recognizing that the ‘housing crisis’ is really a construction crisis,” he said. “The cost of construction has never been higher, and it takes a really long time to build traditionally. That’s why these recovery efforts in large part can go on forever. It’s important that new solutions be considered and supported, not to replace the entire ecosystem, because you need all solutions to create a safe and affordable housing stock in America.”

Construction productivity is down 50% since the 1960s, Galvin said, citing a McKinsey study.

“You’d be hard-pressed to find an industry that’s remotely comparable,” he continued. “If we’re building at a 50% productivity loss over 45 years, and the materials are not sustainable, and one-third of it gets stolen or lost on site, the government can’t put all its eggs in that basket any longer. Developers, banks and municipalities need to embrace alternative solutions so America can reduce housing costs for people. That’s why we do what we do.”

SG Blocks utilizes code-engineered cargo shipping containers to construct and provide safe, durable and environmentally friendly structures. The company works with architects, developers, retailers and the military to reuse shipping containers as modular construction materials. The company uses proprietary technology to clean the containers, making them the core and shell of the building, which is then customized to client specifications. The modules are manufactured in Houston, cutting delivery time by as much as 50%. The units can then be delivered and erected on the finished foundation and clad with an exterior that is appropriate for the region. The company has worked in 48 states and four continents.

It has an exclusive ESR number, which was granted by the International Code Council, supporting its ability to meet and exceed all international building codes. SG Blocks has obtained the approval from the Commonwealth of Puerto Rico for use of its innovative, container-based product in the territory.

“Our product was originally engineered for a maritime use,” which means it had to be strong and support a great deal of weight, Galvin said. “That gives it an enormous amount of structural integrity and a great deal of resilience. They stack these containers nine high. An empty container weights 8,000 pounds and can hold 50,000 pounds of a commodity.”

SG Residential is working with landowners and developers to bring housing to those who lost their homes to Maria, at a price that will allow them to own homes for the first time. Each house will cost approximately $60,000.

“We want to provide them peace of mind, as well,” Galvin said. “We are building resilient houses.”

The Puerto Rico development is essentially two projects in one. The concrete shells were not yet finished when the storm hit and have been awaiting completion. The property owner and a local developer contacted SG Blocks in 2019 about the project, looking for modular housing, which can be built quickly.

“Puerto Rico had a housing crisis before the storm and the earthquakes,” Galvin observed. “They’re no different from a lot of places that need more affordable housing. Then that was compounded by Maria, which devastated the island and its infrastructure.”

SG Blocks will work with a local contractor to complete building out the homes, which will contrast with the concrete housing often found on the island.

“We want to be one of the solutions to rebuild the island,” Galvin said. “We have a pretty good product.”

Even more recently, the company launched a series of container-based health and safety modules to help support the response to the novel coronavirus (COVID-19) pandemic. The applications for the container-based product line include patient care rooms, staff testing and re-testing centers, staff offices for those requiring quarantine or monitoring, first responder units, airport and venue screening and quarantine, and hospital and caregiver staff housing.

“We believe these products can offer states, cities and employer’s options for those in their care or custody,” Galvin said in the announcement. “They are designed to help students, patients, health professionals and others exposed to COVID-19 isolate in a safe place. Those that work in the service economy, especially emergency and medical personnel, should have an option other than going home to risk infecting loved ones.”