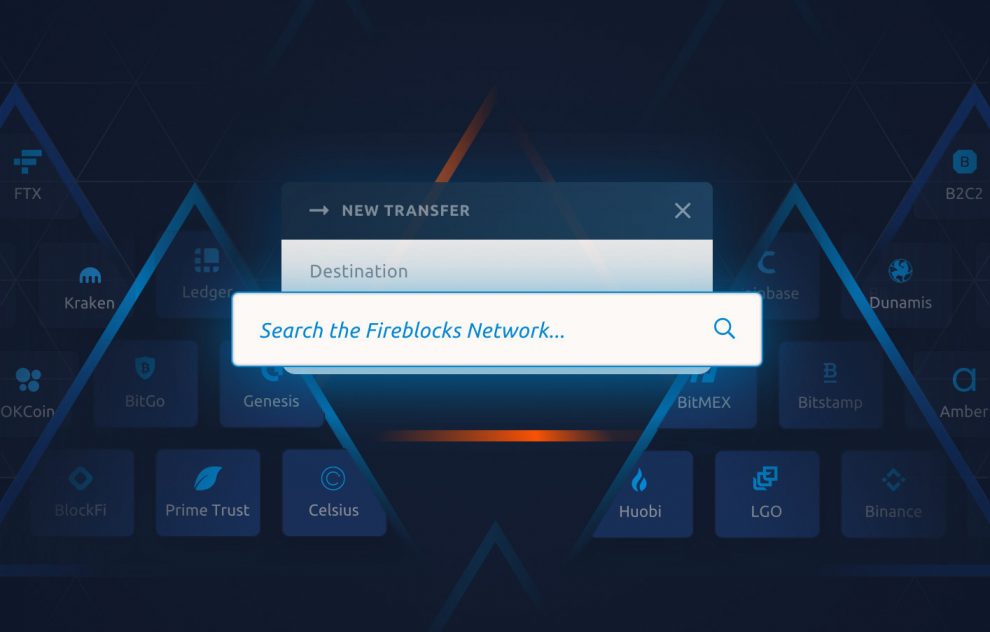 Fireblocks announced the launch of an open and secure digital “Asset Transfer Network” for institutions. With the Fireblocks Network, users are able to find and connect with some of the largest financial institutions and exchanges – in order to safely and securely transfer assets on-chain and without taking counterparty risk to Fireblocks. Over 55 institutions and 26 exchanges are already active on the Network, including liquidity providers, exchanges, lending desks, brokers, market makers, clearinghouses, and custodians.

Outside of the Fireblocks Network, transfers can be spoofed or impacted by human error and social engineering, resulting in the theft of individual and institutional digital assets. Existing methods such as test transfers and whitelisting have been ineffective and time-consuming while remaining vulnerable to fraud. But with the Fireblocks Network, settling with a counterparty is significantly more efficient and secure, reducing a cumbersome, manual process that previously took hours or days for most institutions to one that takes just a few seconds. For institutions, utilizing the Fireblocks Network eliminates inefficient and insecure elements from the settlement process, such as deposit addresses, test transfers, and whitelisting.

“The launch of the Fireblocks Network makes it possible for users to store and transfer assets across the entire institutional ecosystem and removes the need for any middle-men,” said Michael Shaulov, CEO and co-founder of Fireblocks. “We’re redefining on-chain settlement processes by adding an unprecedented layer of security and efficiency, preserving the decentralized nature of blockchain and allowing it to operate at the institutional level.”

Currently, the Fireblocks platform transfers $9.2 billion digital assets per month, with $30 billion-plus transferred to date. At launch, users of the Fireblocks Network are able to transfer assets across 55-plus counterparties at 25-plus exchanges, with support for more than 200 tokens.

“When we onboard new counterparties and go through KYC processes, we’re always excited if we see that they’re already on the Fireblocks Network,” said Todd Morakis, co-founder of JST Capital. “We know the security and speed are there when it comes to operations and transferring assets with that counterparty.”

The Fireblocks team is continually expanding the Network’s connectivity by adding new partners, tokens, and exchanges, as well as developing options for participants to settle with non-members.