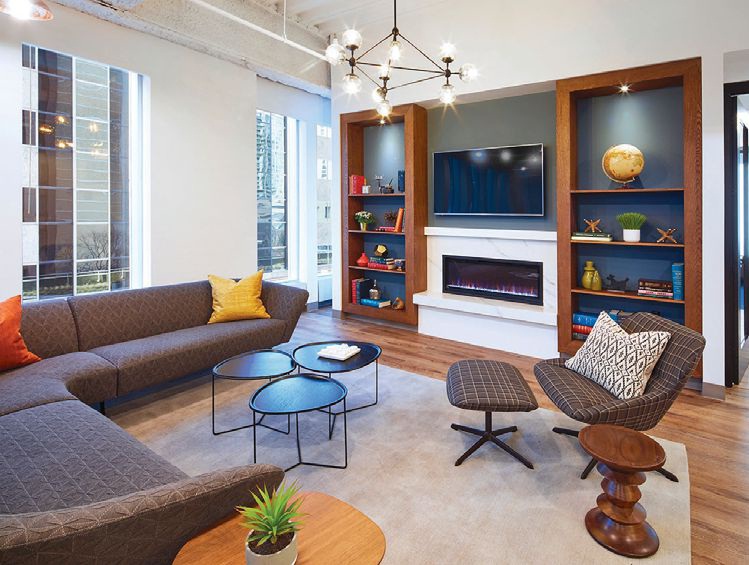 Not long ago (think 2019), the design of office spaces had been reinvented. Private offices were out unless absolutely necessary. Open seating was available to encourage discussion, impromptu meetings and a moment of relaxation. Then COVID-19 struck, sending workers to their homes and computers and discouraging physical interaction.

With a vaccine now being distributed in phases throughout the U.S., companies are eyeing when they can bring their employees back to the office. But will they return to these new, less socially-distant spaces?

Has COVID-19 killed the open office?

Not a chance, say leading designers. Though offices will look somewhat different as workers return later this year, the overall concept of encouraging interaction through openness is here to stay. The key will be creating spaces that are comfortable, safe and make people want to return. 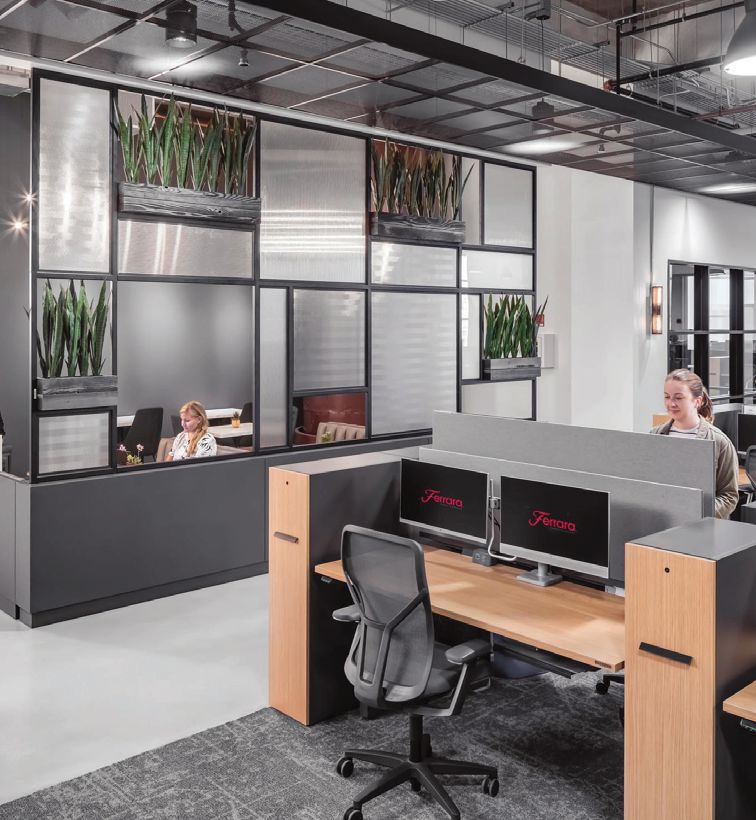 “Our years of open design have emphasized density,” Hoff man said. “We’re now being forced to rethink spacing and placement rather than openness.” 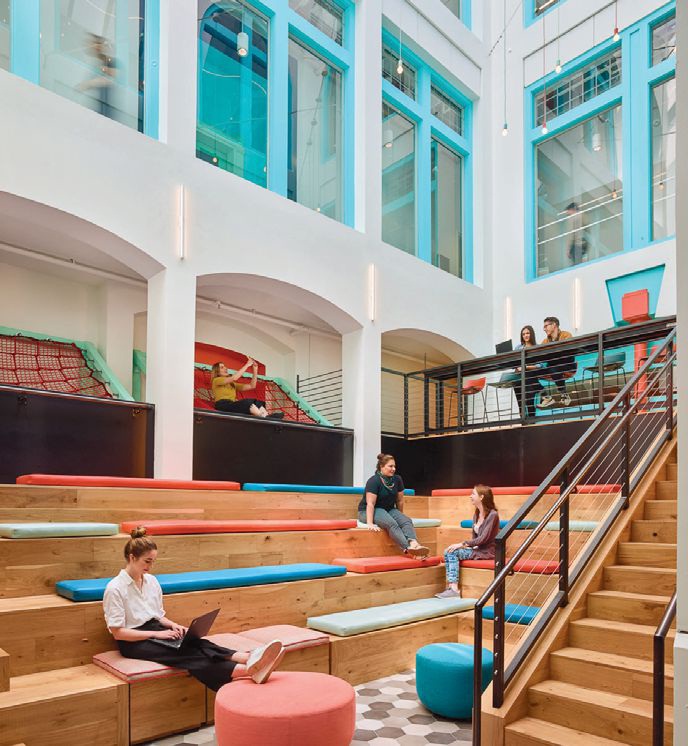 “I believe people are social animals,” Karvinen said. “We need human interaction. You need to have people around you.”

A Gensler survey of more than 2,300 full-time U.S. office workers at companies of 100 or more people from April 16 to May 4 found that only 12% of U.S. workers want to work from home full-time. Nelson surveyed its clients and found that 30% of workers wanted to stay home, but 60% wanted flexibility in whether to come into the office or not. 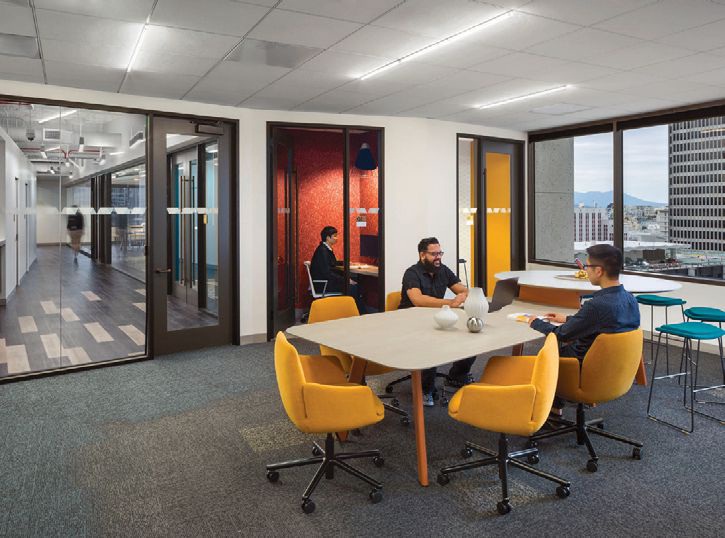 Some of the challenge may be fixed by the companies and employees themselves, who’ve adjusted to working from home at least some of the time.

“Twenty percent of the population doesn’t want to come back to the office,” Hoff man observed.

But workers are looking for adaptability, and design firms should be planning for multiple futures. People don’t want to design for an unknown, said Brigitte Preston, a principal and design director at Perkins+Will in Dallas, Texas.

“We’re not focusing on open vs. enclosed. Instead, we’re focused providing psychological comfort and safety,” Preston continued. “If people don’t feel safe, they won’t return. We’re focusing on things on well-being and overall health and wellness, having the right mechanical systems, making sure you have plenty of space to move around.”

Perkins+Will also has been surveying is clients to gauge whether people want to come back — and discovering that workers have varying levels of comfort or responsibilities. Some roles may require a person to come in every day; someone else may need only be on site once a week.

“It’s really about focusing on the individual,” Preston said. “What do people need to do their jobs? Law firms here in Texas still have private offices.”

That said, we’re not going back to the old normal, with massive cubicles and private spaces. Several current FCA projects, Hoff-man said, are not being redesigned to acco 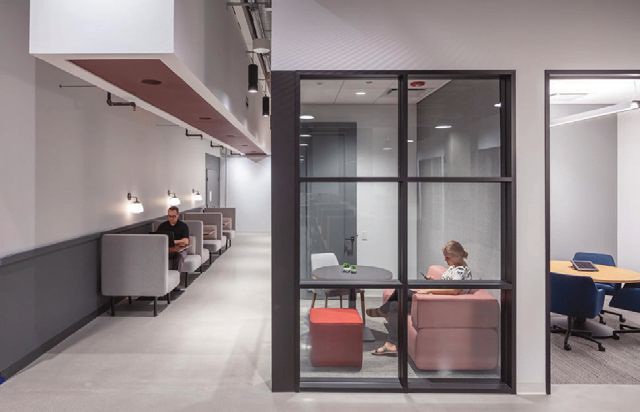 mmodate more private offices; instead, the companies are determining schedules that will allow two or more employees to share a single space during the workweek, while still offering a pleasant, more open environment when they are in the building.

Those large conference rooms and theaters will look much different, too. “It won’t look like a laboratory, but cozier, like a home,” Karvinen continued.

Career Paths
Absence has not made the employee’s heart grow fonder, and companies will have to work to make employees, especially younger ones, feel more connected to the corporate culture, Preston noted. The key will be more space per person and better-quality environments.

In our survey, 80% of respondents want to work for a company that values them. You have to figure out how to mentor and push careers forward,” she said. “You’ll go back for a great lecture. These are the things that will draw people, especially the younger generation, back to the office.”

Planning Ahead
Most companies are not planning a full return until the vaccines are widely distributed, Williamson observed, but they had begun to think about how the offices will look late last year. 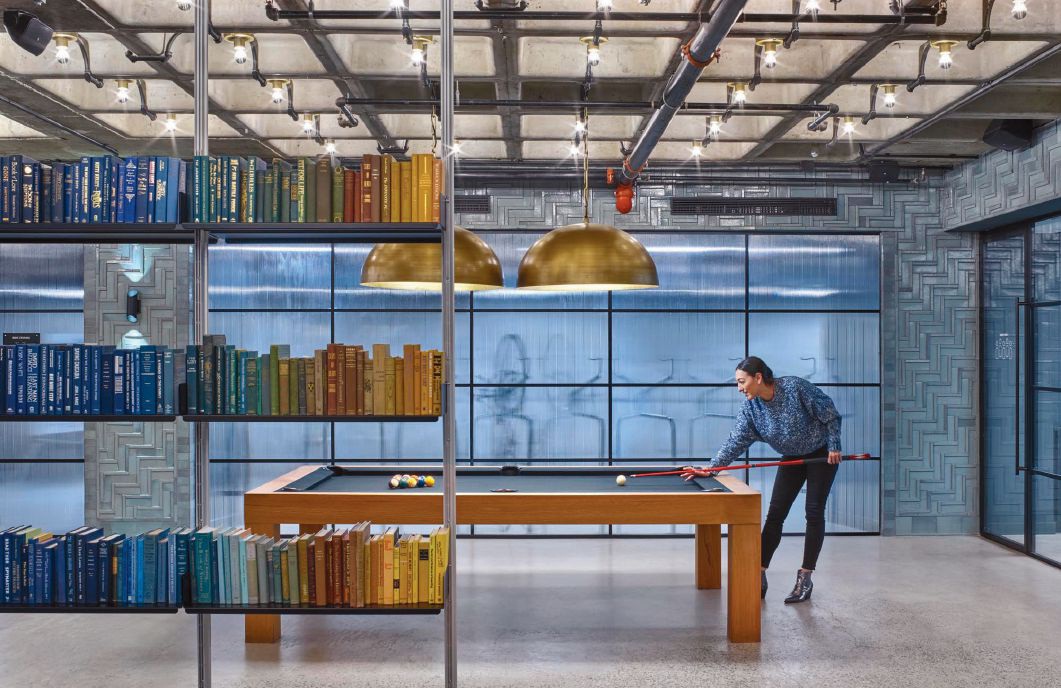 “No one is building more offices,” she said. The focus will be on collaborating when it’s needed. If you’re not going to collaborate, why come into the office?” she said.

Safety First
Safety will remain a concern as people return to the offices. The Gensler study noted that, though 70% of people want to work in the office for the majority of their week, they wanted more physical distancing and cleaning protocols addressed. Tenants shouldn’t look for plexiglass dividers to be rampant to separate once-open environments.

But do look for anti-microbial finishes, such as copper-plated door handles, to be added to some designs. Williamson notes that mechanical will need to be updated. Office kitchens may have fewer touchpoints (think open shelves rather than doors with cabinets), and multiple coffeemakers to avoid long waits in a small, crowded space, Williamson said.

Technology will continue to play a role — a possibility is video conferencing pods that will be similar to what people experienced working from home.

A Touch of Home
People will want to emulate, at least in part, some of the comforts of home. In areas where the climate permits, look for more meetings to be held outdoors on a terrace, Williamson observed.

A trend toward accessorizing office spaces with warmer, softer materials to look more home-like was already under way prior to the pandemic, Hoff man agreed. Now, as people become used to the comforts of home in their workspace, look for more pillows and sophisticated amenities, such as a yoga space, rather than the foosball tables of yore.

“Those big halls will disappear,” Karvinen said, in favor of “the type of office that will encourage collaboration — team-based offices.”

Bookable collaboration spaces that are flexible enough to accommodate various kinds of events are being created, Preston observed. And with some people still working from home even on occasion (and most people accustomed to conducting meetings via Zoom, Meetings, etc.), the marriage of the physical and digital office will remain intact.

“The open office won’t be dead,” Karvinen said. “But the office that won’t support collaboration will be.”