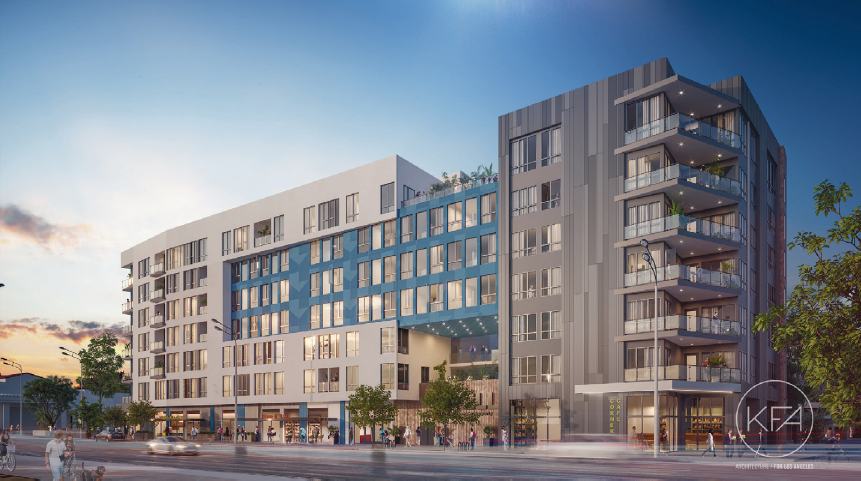 A pandemic, it seems, has some strange effects on investors and calendars. Normally, opportunity zone projects are funded in April and June, said Sean Burton, CEO of Cityview, a Los Angeles, California-based multifamily development firm that is building Adams & Grand, an urban residential and retail project near downtown Los Angeles.

But the arrival of COVID-19 in the U.S. early last year, just as Cityview began raising funds for the project, a conversion of small commercial buildings into one integrated complex, upended the plan.

“We started raising capital for it about a year ago from individual investors, and then things really slowed down when COVID-19 hit,” Burton said. The company is also working on another Opportunity Zone project in the San Francisco Bay area. “In April and May, a lot of investors didn’t know what was going to happen. The market was in the tank, and they didn’t want to commit long-term dollars.”

Created under the 2017 Tax Cuts and Jobs Act, Opportunity Zones are economic development tool that allows people to invest their capital gains in, and “substantially improve,” distressed areas in the United States in exchange for tax benefits. The tracts to be redeveloped were nominated by the governors of the 50 states, four U.S. territories and the mayor of Washington, D.C. According to the Tax Policy Center, 12% of U.S. Census Tracts are Opportunity Zones (8,762 tracts).

However, the law stipulated that investments had to be made by April 1, 2020. Fortunately, in light of the pandemic, the Internal Revenue Service extended the dates for investment to December 31, 2020.

“Right after the election and as we approached Thanksgiving, people saw there would be a new administration. The stock market was at all-time highs,” Burton said. “They began looking at these new opportunities.”

By year-end, Cityview had raised $125 million from multiple investors, including major regional banks and The Townsend Group, a Cleveland, Ohio-based asset manager, which operates an opportunity zone fund and came in for final piece of Adams & Grand.

Burton was quick to note that most of Cityview’s projects lie outside opportunity zones and utilize traditional institutional capital.

“There’s so much interest in our product. We’ve continued to see robust appetite, even better than a year ago,” Burton said. “People are sitting on stock market gains; they think there’s nowhere to go but down based on lofty valuations.”

Investors in its multifamily developments include pension systems, foundations and endowments, insurance companies and retail investors, such as small high-net-worth individuals. Foreign investment remains solid, including investors from Japan, Korea, Europe and Canada.

“There’s still a lot of capital out there, though returns expectations may have moderated a bit,” Burton said.

Communal amenities will include a CV Works business center, two-story club room, expansive fitness center, movement studio, resort-style pool and spa deck, pet run and wash station, outdoor lounge and two rooftop decks. The community also will offer 390 parking stalls and 332 bike stalls for residents and their guests. Tenants for the retail portion of the project will be carefully curated to fit the lifestyle of residents and complement the surrounding community.

Ground-up construction of the project began in December and is expected to be complete by early 2023. It will be the culmination of several years of effort, Burton noted.

“We’d had our eye on the Adams & Grand parcel and tied it up in 2015,” Burton related. “It was a dilapidated manufacturing site, with some retail on the side. We liked the location near the Expo Line [the light rail line that runs between Downtown Los Angeles and Santa Monica, California], its proximity to U.S.C. and six other universities and that it’s just two miles from downtown.”

“Then, the Opportunity Zone legislation passed,” Burton said. “It’s a perfect location, and it’s only going to improve over the next decade.” It’s a good time to invest in multifamily in more traditional projects, as well, even as COVID-19 has ruptured various real estate sectors as people have begun working and schooling, as well as living at home.

Additional Los Angeles area projects from Cityview include 5935 Pico, a 123-unit mixed-use community in Mid-City Los Angeles that recently broke ground; Haven, a $75 million mixed-use community located in Culver City that completed earlier this year and Mira, a 174-unit project located in a qualified opportunity zone in Warner Center that was sold last year pre-temporary certificate of occupancy to an opportunity zone buyer.

He said he isn’t concerned that that people will continue to flee urban areas for the suburbs as they did in the beginning of the pandemic.

“We think cities will continue to be robust. We’ve seen cities like San Francisco and New York hit hard, but cities have been the engine of economic growth since World War II,” Burton said. “Why was Silicon Valley so successful? We had these engineers and software executives that wanted to be in the same place. I don’t think that goes away — especially with a vaccine.”

In Los Angeles, he observed, people — especially Millennials, who miss colleagues, mentorship opportunities and in-office corporate culture — are clamoring to return to the office as soon as conditions permit, though he anticipates that the office won’t look exactly the same. Workers may continue to telecommute 20% of the time.

Even so, Burton remains optimistic.

“We’re pretty bullish on the year, obviously,” Burton said. “A new administration will hopefully change the tenor of rhetoric. I’ll take Joe Biden on his word of reaching across the aisle, and with Democratic control of the Senate, we will see more stimulus and more help to state and local governments.”

Anticipating the return of jobs as the pandemic wanes and the economy improves, Cityview is hiring, adding an asset manager and acquisitions specialist. And he continues to see even more interest from investors than prior to COVID-19.

“People have been cooped up,” he said. “I’ve seen a scenario that there will be a version of the roaring ’20s, and we think it will be a national trend, seeing robust comebacks.”