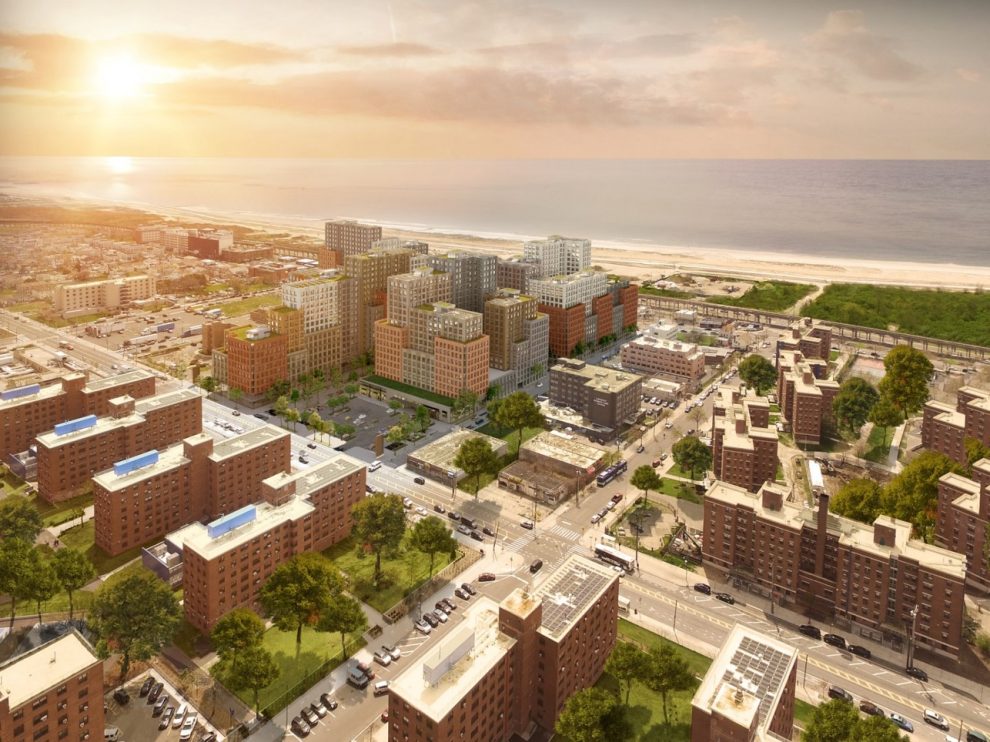 Tishman Speyer’s TS Communities has entered an agreement with the Arker Companies to acquire and develop 10 of the 11 building sites that will make up Edgemere Commons, a fully-approved, 100% affordable housing development in Far Rockaway, Queens, New York.

Upon completion of all 11 buildings, Edgemere Commons will encompass 2,050 apartments, including 237 that will be set aside for senior citizens. The 2.2 million square foot mixed-use project, which was unanimously approved by the New York City Council in November 2019, will incorporate 38,000 square feet of publicly accessible open space, including a plaza that can host community events and a playground.

A redevelopment of Peninsula Hospital, which closed after Superstorm Sandy, Edgemere Commons will feature up to 77,000 square feet of community uses, including a community center and medical space. The development will also incorporate 72,000 square feet of neighborhood-oriented retail, including a supermarket, fitness center, food and beverage and shops, as well as 973 accessory parking spaces.

The Arker Companies, in partnership with Slate Property Group, will break ground on the first Edgemere Commons building, which will comprise 194 apartments and a 20,000 square-foot supermarket, in early 2022.

Tishman Speyer affiliates will develop, own and manage the remaining 10 buildings, including the retail, community and public spaces. In addition to building a community center and creating new open spaces, the development team will launch a $2 million Community Benefits and Youth Development Fund.

Edgemere Commons will feature a host of resiliency and storm preparedness measures designed to handle extreme weather events, including bioswales, bioretention rainwater system, solar panels, green and gray water infrastructure and extended tree pits. The development will also elevate several streets above sea level for long-term preparedness. All buildings will host standby generators with emergency outlets in each unit, as well as cooling rooms in case of extreme heat in the summer.