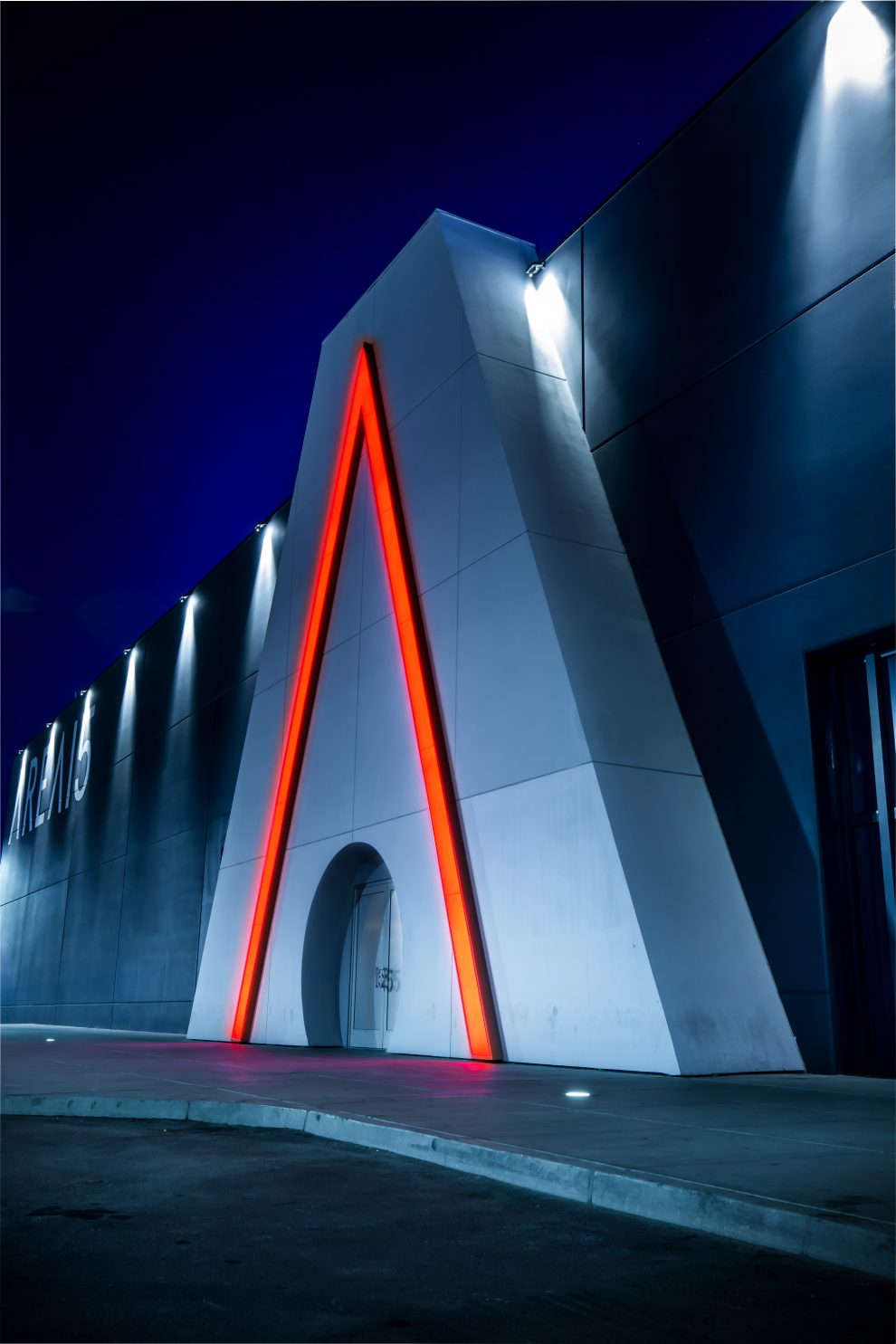 Remember the concept of retailtainment, the merger of retail and showmanship that resulted in stores from major media companies such as Warner Bros. Studio Store and Disney Store and then evolved into entire complexes?

The newest iteration of the concept is even more elaborate — and adaptable: Area15, a 200,000-square-foot complex (and an additional 35,000 square feet for tenant Illuminarium) that opened in Las Vegas in 2020, and already has announced plans to expand to Orlando by 2024. As a partner in the New York City-based family real estate firm Fisher Brothers, Winston Fisher saw an opportunity for a use for 86 acres of land he and partner Benneville Studios owned in Las Vegas.

“Area15 is a standalone business founded by myself and Benneville Studios,” he said. “We spent two-and-a-half years dreaming, and Area15 was born.” The district now occupies 20 of those acres, with more development planned. The name derives from its initial location, a twist on Area15: The Future of Experiential Retail? By Debra Hazel Area 51, a highly classified U.S. Air Force installation in Nevada, a tribute to Fisher Brothers’ founding in 1915 and a tip of the hat to the property’s location adjacent to Interstate 15, Fisher said. “The name sticks with you. It evokes excitement,” he said. “And we curate excitement and uniqueness.”

The team conceived of an immersive, flexible facility that could combine multiple entertainment, conference, dining and retail uses, some of which can be switched out periodically. “

A case in point is tenant Kappa Toys, which offers oddities and glowing items, which has benefited greatly from experience guests who are then in a happy mood to buy, as is Wild Muse. Both boast sales per square foot that are “off the charts,” he reported. “There’s context to what they’re consuming, something you didn’t see in malls,” Fisher noted.

“Brands have spent so much time defining who they were in this media landscape, but the physical never lived up to what they were selling. Only a few have: Apple, Red Bull, Nike. But in many other places, it didn’t. Now you see a transformation; companies now sell more than a product, but a brand value. On top of that, you get entertainment — the ax-throwing or the immersive distillery, which distills a product and sells it in the most innovative way.”

Unlike other retailtainment stores or facilities, where visitors could come once or twice, then never feel the need to return, Area15 constantly has new programming with a core of longer-term leases. Development moved fairly smoothly — until COVID-19 upended the opening schedule. Area15 opened in September 2020, with none of its tenants ready, Fisher recalled.

“It was probably the ultimate soft opening,” he said. “I almost feel like the company didn’t hit its stride until last June, when capacity restrictions were lifted as the tenants were starting to open.”

Even the dining can be immersive. Recently opened is Lost Spirits’ fine dining restaurant from Chef Taylor Persh, “20,000 Leagues Under the Sea,” a 16-course dining experience inspired by and named after the Belle Époque novel, which takes diners through Jules Verne’s iconic book reimagined as an immersive restaurant. With just one seating of 12 people weekly, all meals are personally prepared by Persh. In a Georges Mélièsinspired dining room, diners are offered exotic dishes including uni crème brûlée and nori bonbons. Outside the dining room, guests are free to enjoy the immersive shows and performances within Lost Spirits which include acrobats, burlesque performances, jazz singers and clowns.

“As a chef who eats, drinks and sleeps fine dining, the hardest part of creating a new restaurant is imagining what I am going to do that hasn’t been done before. I’m delighted that in all my research, I have never seen anything quite like this experience, outside of our former restaurant Fish or Flesh in Los Angeles,” his eatery inspired by The Island of Dr. Moreau, Persh said in the announcement.

“A gentleman walked in and told me he thought he’d stay for 10 minutes,” Fisher recalled. “Instead, he said, ‘I feel so welcome here,’ and it is welcoming.”

The result: in 2020, Area15 welcomed nearly 2 million visitors, created more than 1,000 jobs and hosted 44 live events in its first year of operation, the company said.

Events rotate regularly. At press time, events included Van Gogh: The Immersive Experience and Klimt: The Immersive Experience. From 10 p.m. until closing, Industry Mondays offers Las Vegas residents a DJ underneath Oddwood’s tree and 25% off entry to various activations and entertainments. The events are supported by the latest in high-tech, with Panasonic System Solutions Company recently signing a five-year agreement to offer turnkey solutions for Area15’s live events space, including 14 4k laser projectors.

It makes sense, then, that the next location for Area15 will be the world capital of experiences: Orlando, Florida, in 2024. Located off Interstate 4 between Sea World and Walt Disney World property, Area15 Orlando will occupy an approximately 300,000-square-foot structure on 17 acres, with more than 150,000 square feet of leasable retail space available.

“We love convention markets, and the Orlando site is just seven minutes from the convention center,” he said.

Don’t expect the concept to change. As in Las Vegas, the offerings will be family-friendly but edgy, a touch counterculture, but offering night-time sophistication, with concerts and food festivals to appeal to locals as well as the market’s 78 million tourists (in 2019).

Other possible locations could include Atlanta or Nashville. And the company is examining the possibilities around smaller boxes in regional markets.

“But first and foremost, Area15 is a curation brand,” Fisher states. “I will never sacrifice the brand. Can we go in a mall? Maybe. But it can’t be in a way that cheapens the brands. There are some great boxes are between 50,000 and 100,000 square feet that are in really cool locations that we are studying.”

That doesn’t mean the traditional mall is dead, Fisher notes. “I think that traditional retail didn’t know what we were,” he observed. “There’s a place for the mall. In many ways, we’re seeing the limitations of e-commerce. It’s not dead by any stretch of the imagination, just like TV didn’t kill movies. But we curate art and wonder and excitement, and we have new reasons to come back. In those reasons, you can shop for stuff.”