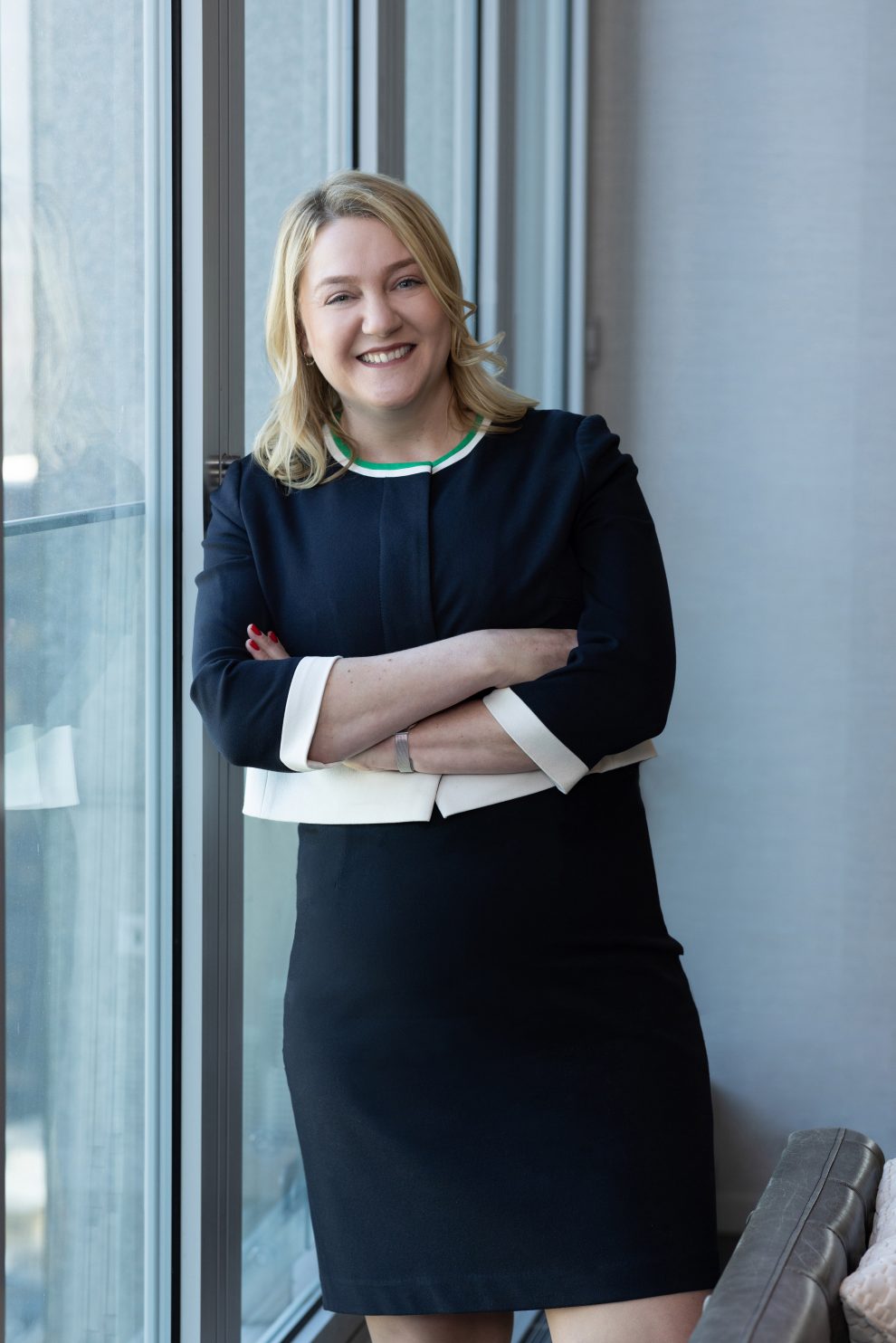 It’s no secret that real estate is an industry that’s slow to change — and that includes diversifying its members in terms of race, ethnicity and gender to better reflect the world at large. But diversity, equity and inclusion (DEI) is finally an issue that’s coming to the forefront, one that Gemma Burgess, newly promoted president of global talent management firm Ferguson Partners is determined to pursue.

Burgess joined Ferguson Partners in 2007 and has developed a global acumen, originally based in the firm’s London office, and then transitioning to oversee its New York City office before taking on responsibility for the U.S. search business and then, most recently, the global search business. Burgess was responsible for creating the inaugural diversity partnership in 2020 with the Real Estate Executive Council (REEC); she continues to be an active participant with the association. Below, she talks about the growing attention being paid to DEI. The conversation has been edited for clarity and length.

Has the real estate industry had the wakeup call regarding DEI?
We’re doing better than we were previously. In the 15 years I’ve served the real estate industry on a global basis, there’s a lot more gender diversity than there used to be. You can certainly  Gemma Burgess see that on public company boards. Across organizations, it would be very unusual to find organizations without women leadership at all. The interesting thing is how we continue to evolve that conversation.

We’ve been very focused on ethnicity diversity across the U.S. Even as we’ve started to make great progress on the gender piece, for me it was really shocking how white the real estate industry is and continues to be. I’ve personally made it a mission to see what we could do to help with the ethnicity piece. We got introduced to REEC [Real Estate Executive Council] and I went to its spring conference five years ago. I was probably one of the only white people in the room, and it was awesome to sit and hear the programming and to be part of the process.

We helped them set up their first diversity initiative, where organizations could sign to help promote ethnicity across the industry. In gender, we’re making good steps forward. There are still areas in seniority that we lack — often, when people have families, they leave. Sometimes they come back, sometimes they don’t. Ethnicity is getting up there. But there are other things, [such as] the LGBTQ+ conversation. For me, a part is income diversity, bringing people into the industry who aren’t rich kids whose families were also in real estate. If you grow up in a less affluent neighborhood, you might not even know what a career could look like in real estate.

Even for us at Ferguson Partners, this is the first year we’ve set up our own analysts program. We’ve done recruiting from community colleges in Chicago to get those kids who didn’t grow up with an Ivy League education and need an opportunity to grow and build their career, and don’t look like I do.

At this point, the industry has no choice but to evolve. And the things that motivate people today are very different from two years ago and very different from 20 years ago. People don’t want to stay at the same job for life. Kids want to trade jobs every two years, and rightly so; they want different experiences and different things. The industry has to get its arms around the change in human capital and their feelings and thoughts to continue staffing; otherwise, you’re going to continue to have hundreds of vacancies at different firms.

Are some sectors better than others?
Some parts of the industry are just more diverse anyhow by either gender or ethnicity. Where you need a pipeline of professionals and your industry is still very white and male-dominated, is where you go to industries that are already more diverse. If you’re trying go hire a lawyer, accountant, tech person or HR person, go to industries that are much more diverse and make those diverse hires. It may not be by sector, but by function. Some are going to take more time. Construction work will take a long time for that to be truly diverse by gender, for example.

How early must you start?
Historically, firms have talked about campus recruiting from university. What is interesting now is that a lot of organizations are doing high school outreach. To get people to think about a degree that would be helpful in the real estate world, you have to get them earlier. What we can do better is to try to join the dots from all the different jobs in real estate, from investment management to construction to development to property management. We have to educate these kids that there is a place for everybody in real estate. We’re trying to recruit a number of clients to put together some programming where we can educate interns on what other programs are doing to build a library of different industries and roles in real estate.

How is the U.S. faring compared with other parts of the world?
Diversity is different things in different parts of the world; we’re not even talking with one common voice. We did a massive global diversity study survey with associations around the world, and we started with defining diversity. In Asia, you might be talking more purely about gender diversity. In London, gender diversity is very much still part of the conversation, but in the U.S., particularly after the Black Lives Matter movement, ethnicity is definitely part of the conversation.

You can’t just recruit from Ivy League colleges anymore, and you can’t just hire someone who’s had one job for 10 years because you’re just not going to have a pool to begin with. What firms are now doing for the first time is breaking down a role to the skills you need rather than the experiences you have. You want someone who thinks differently, who looks differently, who challenges differently. When you add that different industry knowledge, your real estate becomes better because you have different perspectives in the room.

What brought you to Ferguson Partners?
Fifteen years ago, I worked with Serena Althaus, who runs Ferguson’s European business. I worked at a firm that did board placements and Serena was the only person who did real estate. Serena got recruited by Bill [Ferguson] to open the first international office when global capital was becoming a real opportunity for American firms to put boots on the ground in London.

Serena sold me this dream: come to real estate, it’s much more fun, and it’s different. It was refreshing. With the global financial crisis, I thought, “What have I done? I’ve just joined an industry that’s blown up the capital markets of the globe.”

But what started as a disaster became the opportunity. I became the person who went back and forth to the U.S. clients and then go back to Europe and help them hire people on the ground. The U.S. got back to business so quickly and the European capital markets were in such disarray with nonperforming loans and distressed debt.

I was doing this work across the Atlantic and in 2013, when I was two weeks back from maternity leave, Bill asked me to run the New York office. He gave me up to a year to make the move.

How does an individual company get started on diversity?
There are a lot of resources. The big associations, like NAREIT and ICSC have affinity groups and diversity initiatives. I would start there. At this point, at least people realize that everyone has got an issue, and it’s okay to say, “We have a problem, and we need help.” Just have the conversations. That’s when you can start getting some change.

Overall, how is the health of the industry?
It’s a very exciting time for real estate, with all of the changes happening — baby boomers retiring, younger people coming into organizations, technology and DEI and ESG initiatives. It’s an exciting time to be in real estate and the human capital part of real estate. There’s a lot of change and change creates opportunity. I’m excited to see the industry focus on these important initiatives like DEI and see some changes.