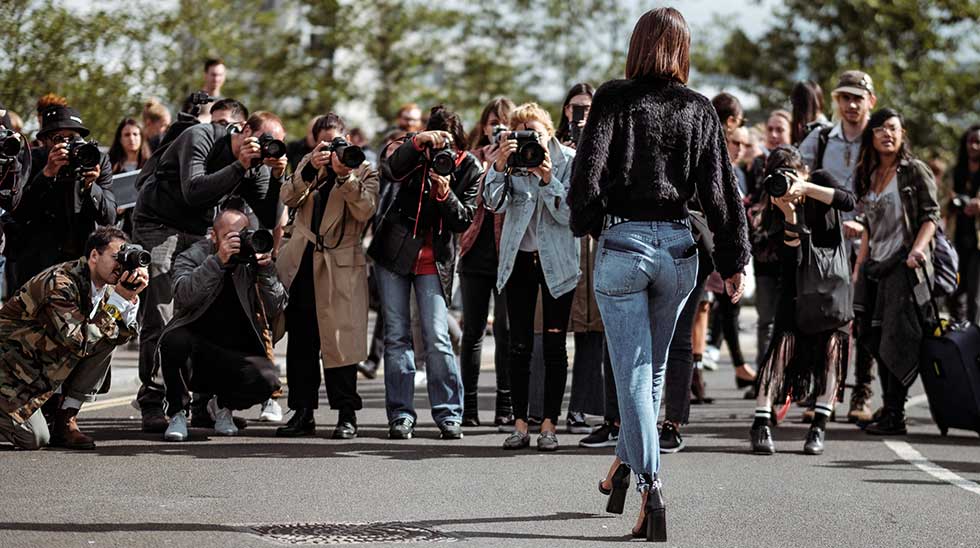 Wearing the same outfit twice is often seen as passé in fashion. Most celebrities and influencers would never be caught dead wearing the same thing twice, much less photographed in it. And in a day and age where everyone photographs everything, people are buying more clothes so as not to commit this faux pas.

But as passé as some make it seem, in reality it’s an unfeasible practice that can end up being very wasteful, not to mention expensive, if you aren’t a master at mixing and matching what’s in your wardrobe. Buying more and more clothing to avoid repeating an outfit can lead to excess textile waste, an abundance of returns to stores, and piles of unworn clothes that could be put to better use.

And this is an issue that’s becoming more common, as social media users are buying clothes to show them off on their profiles and then return them after posting.

For a long time, stylists have been known to buy clothes and accessories for photo shoots, only to return them later, with tags fully intact. It proved a workable strategy for stylists on a budget, and has now been adopted by Instagram and social media fashionistas, a phenomenon known as “Snap and Send Back.”

A survey commissioned by credit card company Barclaycard showed that one in 10 U.K. shoppers admitted that they buy clothes online to use on social media. The study points out that the need to wear good clothes and flaunt them on social media, especially Instagram, is pushing people to buy clothes only to post pictures. Once they’re done taking pictures of the clothes and have successfully uploaded their outfit of the day (#OOTD) to Instagram, they return the clothes back to the store.

#OOTD is a widely used tag on the Instagram, with the hashtag being tagged on more than 200 million posts. The term remains important for bloggers, influencers, and fashion enthusiasts. But over a time, the term has prompted people to buy clothes only to flaunt them. And once garnering all likes and all the attention, there is no use for the wardrobe.

Now a variety of online retailers give customers the option of trying clothes before keeping them, which is only fuelling this trend more. So exchanging or returning clothes after posting pictures of them is becoming more common. According to Barclaycard’s survey, both men and women agreed that they kept the price tag on the clothes so that the returning process would be easier.

The survey also revealed that shoppers aged 35 to 44 are more prone to shopping for #OOTD purposes. What’s surprising about the results is that more men are guilty of doing this, with 12 percent admitting that they’ve done it before, compared to only 7 percent of women. Men are getting more ‘socially self-conscious’ compared to women. One out of 10 men agreed they would be embarrassed if they were spotted in the same outfit. Only 7 percent of the women said they would feel the same in the case of repeated outfits.

The study highlights how much the social media validation of wearing good clothes and gaining likes and attention has crept into people of all age groups. While a lot may have swayed away from using Facebook, the popularity of Instagram continues.

And because of Instagram, identity has become a brand, and jumping on the high-speed buy-and-return bandwagon has created “an instant, disposable self,” Caryn Franklin, fashion commentator and an activist for sustainable fashion, told The Guardian. “My clothes are like longstanding loyal friends. They make me feel joyous, brave, excited. Does buying, Instagramming, and returning an entire outfit in a day provide us with any but the most superficial feelings?”

This is symptomatic of our problematic relationship with fast fashion, she says, and has implications for the environment and the economy. It is not sustainable. In what she calls “a transparent illustration of the reduced value of their mass produced product,” having secured higher and higher sales, online retailers may now be panicking at high-level returns.

George Allardice, head of Strategy at Barclaycard Payment Solutions said in a press release: “It’s interesting to see the social media trend further fuelling the returns culture. We know from our research that returns are having a big impact on retailers, with a huge figure of seven billion pounds a year in sales that they potentially can’t recognize.” And because these retailers don’t know what to do with unexpected returns, 84 percent of returned garments end up in a landfill or incinerator.

So while unintentional, those who do “snap and send back” clothing significantly contribute to the amount of garment “waste” making its way into landfills. And if this trend continues its path, or picks up steam, the percentage of clothing thrown out is going to continue to increase exponentially.

So while you may like posting your own #OOTD as much as the next person, keep it limited to what’s already in your own closet. Your wallet, and the world, will thank you.