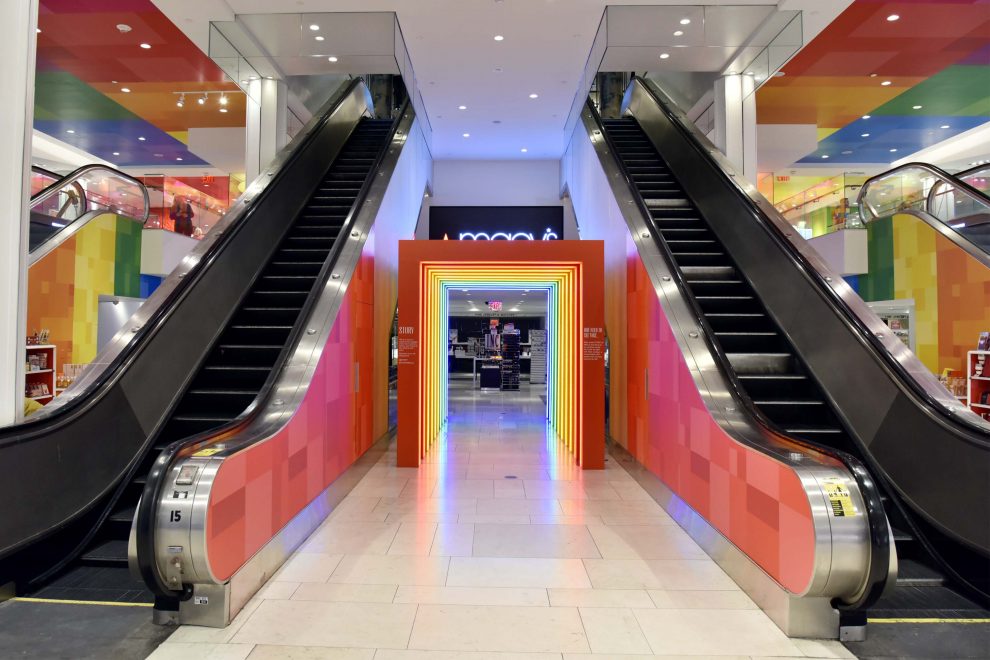 How apparel companies have responded to the COVID-19 pandemic

There’s no question that retail has been one of the hardest-hit sectors of the national economy since the onset of the COVID-19 pandemic. One in 10 jobs in the United States are in retail, according to the U.S. commerce department, and retail saw the largest monthly sales drop on record in March due to the temporary closings of stores, bars and restaurants (as of press time).

Kleinhenz referred to the near 9% drop in retail sales during the month of March. Clothing retailers saw the largest overall decline, according to both the NRF and Census Bureau, clocking in at a 50.5% decrease in sales.

“COVID-19 has hit the retail industry unevenly,” National Retail Federation (NRF) Chief Economist Jack Kleinhenz said. “This is a market of haves and have-nots. The haves are the stores that remain open with lines out the doors to buy daily necessities, while the have-nots are the stores that have closed and are taking the brunt of the impact of the pandemic. These numbers should come as no surprise given the mandated shutdown of our economy to slow the spread of the virus.”

But most major brands aren’t taking those numbers without a fight. The response from retailers has been varied, often according to each company’s financial standing before the outbreak.

HanesBrands, for example, pivoted its approach in early March. The underwear and basics brand responded to the shortage in personal protective equipment (PPE) by making and donating N95 respirator masks in its home base of Winston-Salem, North Carolina. As of April 1, the company had donated 2,500 to local hospitals and 500 to each police and fire department, totally 6,500 masks.

“First and foremost, we want to express our heartfelt appreciation to medical professionals and first responders around the globe for their tireless efforts in providing critical care while facing great personal risk during the pandemic,” said HanesBrands CEO Gerald W. Evans Jr. “Our company and employees are honored to do all that we can to support and protect those fighting COVID-19 on the front lines.”

Luxury retailers, like Kering, parent company of Gucci, Saint Laurent, Balenziaga, Alexander McQueen and others, and Tapestry, parent company of Coach, Kate Spade and Stuart Weitzman, have made monetary donations to the CDC Foundation and New York City small businesses, respectively. Tapestry has also used its resources to manufacture PPE.

“Our hearts are with our friends, colleagues, customers and those on the front lines during this pandemic,” said Dave Powers, president and CEO of Deckers Brands. “We are in this together.”

Department stores and fast fashion retailers, by contrast, are doing everything possible to mitigate losses. Macy’s announced drawing on its line of credit and canceling orders, among other measures, to stay afloat. It has also furloughed all but its most essential employees without pay (but with health coverage). In contrast to reassurances that e-commerce sales for Old Navy are strong, Gap Inc. cancelled orders from its suppliers in Asia. It also announced that executives would take a pay cut as it furloughed its North American workforce.

“While we will be counting down the days until we can reopen our stores and reconnect with our teams and customers, we now know that day is further off than we had hoped,” a Gap Inc. representative said in a release.

Small businesses have faced an entirely different challenge, as many do not have the resources to back major campaigns to fight the virus (much less endure the loss of revenue). Hannah Fastov, founder of Go Dash Dot, a bag brand marketed to women, decided to support health care professionals with product donations and digital programs.

“As a small business, I did not have millions of dollars to donate or the ability to purchase personal protective gear for hospitals but wanted to do what I could to give back in a positive way,” Fastov said.

Go Dash Dot bags are machine-washable, and the brand paired the donation with free Instagram workouts and a commitment to donating to 10% of its monthly sales to Direct Relief, a non-profit providing medical resources to doctors in especially vulnerable communities.

“These are uncertain times, and there is no right answer here,” said Fastov. “For me, I just want to do whatever I can to help those who need it.”

ShopShops Raises $15M in Series B