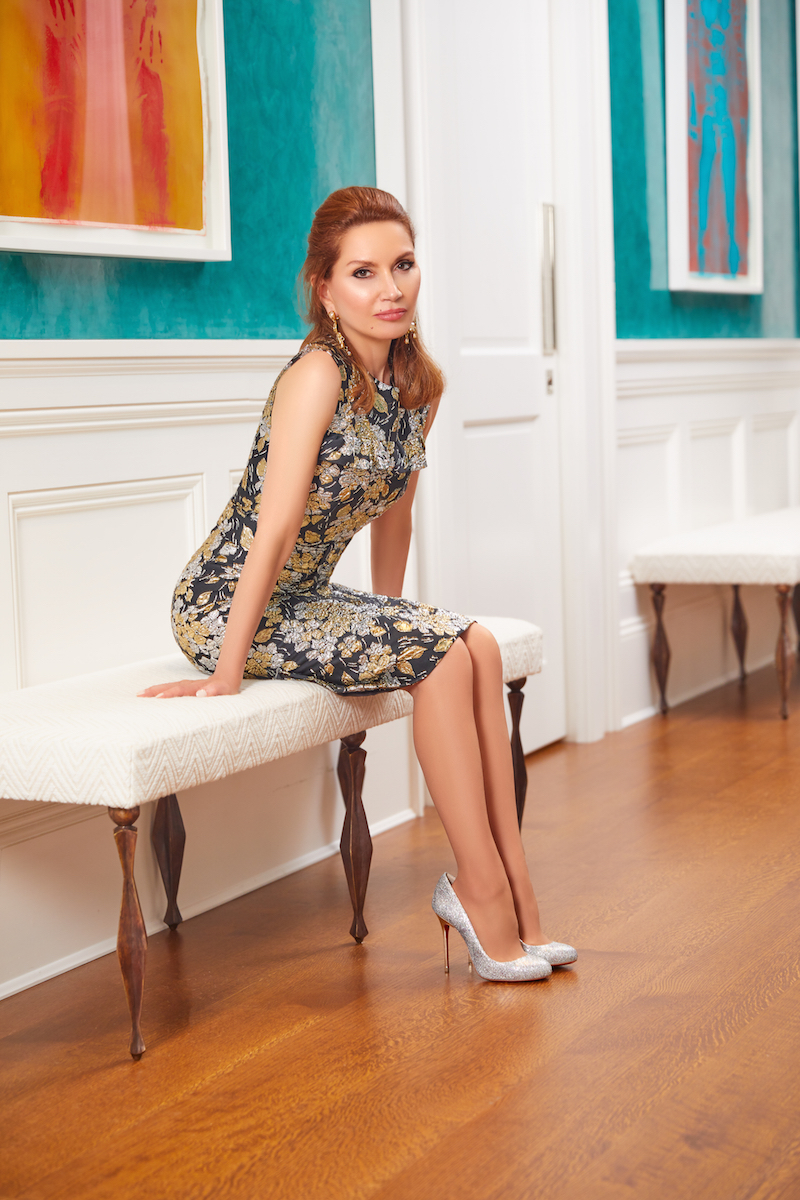 In the New York metropolitan and Hamptons giving scenes, there is one name synonymous with philanthropy: Jean Shafiroff.

Named the “First Lady of Philanthropy” by Hello and Hola! Magazines, Shafiroff has heard her calling for giving and uses her vast professional and personal networks and resources to bring aid to individuals and organizations in need.

Shafiroff’s philanthropy and advocacy spans far and wide, both in regional and national positions, in order to make sure that the causes she finds dear and deserving have a voice resonating with donors, influencers and the less fortunate.

Her beginnings, though, could be most aptly described as humble. Beginning her journey in a middle-class community on Long Island, Shafiroff was influenced by her father, a local music teacher, and the nuns at her local Catholic school to begin a life of good works. She spent twelve years in Catholic primary and high school, where she was encouraged to begin a life of helping others.

This motive compelled her to enroll in Columbia University’s College of Physicians and Surgeons to study physical therapy. After graduating, Shafiroff proceeded to work as a physical therapist at St. Luke’s Hospital in New York. Subsequently, she decided to return to the Graduate School of Business at Columbia University. During this time, Shafiroff earned an M.B.A. in Finance and was able to then apply her combination of innate business skills and keen attention to detail to succeed on Wall Street — an industry that was, and largely remains, male-dominated.

After meeting her now-husband Martin Shafiroff, the managing director of a top Wall Street investment firm, she was further emboldened to dedicate her life to her giving. She and her husband give generously to charity, though this is just the tip of the iceberg, as she sits on six nonprofit boards and hosts approximately eight philanthropic galas yearly.

“I have the privilege of being a fortunate person, and with that comes a responsibility to give back,” Shafiroff said. “Beyond the giving, though, comes hard work, advocacy, organizing, leading and gathering support for a given cause.”

That is just what Jean Shafiroff has done, since she has dedicated herself to the volunteer profession of philanthropy, fundraising and publicly advocating for causes nationally and internationally.

“In times like these, where the global pandemic has cast such uncertainty into the nonprofit world, it is our job to make sure that the voices of the growing portion of those in need are heard,” Shafiroff said. “That is why I have brought my advocacy to the public realm, holding media opportunities to get the message out.”

Since the dawn of the pandemic, Shafiroff has been interviewed on major broadcasts, such as Good Day New York with Rosanna Scotto, CBS Evening News, NBC News, WGN News and Fox & Friends, among other programs with millions of viewers. Her insight has been valued and largely credited with helping to raise awareness about the shortages in food pantries, the fair treatment and adoption of animals and the unique challenges that face the nonprofit sector during the times of greatest need.

Her advocacy has earned her acclaim from several of the organizations, not the least of which is the American Humane Society, who named her an ambassador and National Spokesperson of its Feed the Hungry program after her work on the circuit of media broadcasts helped the organization bring attention to an array of their specific needs.

Prior to the pandemic, Shafiroff’s influence was mainly in hosting large gatherings and parties at her homes in the interest of raising funds for countless charities. These efforts placed her on Salonniere’s “Top 100 Party Hosts” in America, and she was written up in Town & Country. Shafiroff has been on a number of “Best Dressed” lists, from Hamptons Magazine to LookOnLine, a revered fashion website, where she was listed on the international best dressed list with Meghan Markle, Anna Wintour and 10 others.

Shafiroff also serves on the Couture Council, which raises funds for the museum at the Fashion Institute of Technology. She is passionate about fashion and has a ball gown collection, archived with Clio Archivist, that will one day be donated to a museum. The gown collection focuses on American fashion designers, including Oscar de la Renta, Carolina Herrera, Zac Posen, Mary McFadden, B Michael, Zang Toi, Victor DeSouza and Malan Breton.

Shafiroff will return to hosting and chairing in-person charity events when the coronavirus pandemic eases.

“The main vein of fundraising for charities and non-profits has been canceled,” Shafiroff said, referencing the large gatherings that typically bring critical funds to charities across the country. “Non-profits face the precarious challenge of providing the most-needed services to more people than ever before, with significantly fewer resources. In many ways, giving is more important than ever.”

Shafiroff’s quest to help those in need is far from finished, and her drive to do more is as strong and persevering as ever. This passion has also transpired into the desire to mentor, advise and help guide aspirational philanthropists through social and traditional media.

Shafiroff can be described as a kind-hearted, selfless benefactor who stops at nothing to improve the lives of others. If a rising tide raises all ships, she is that rising tide.

The Rise of The Los Angeles ‘Modern Barn’