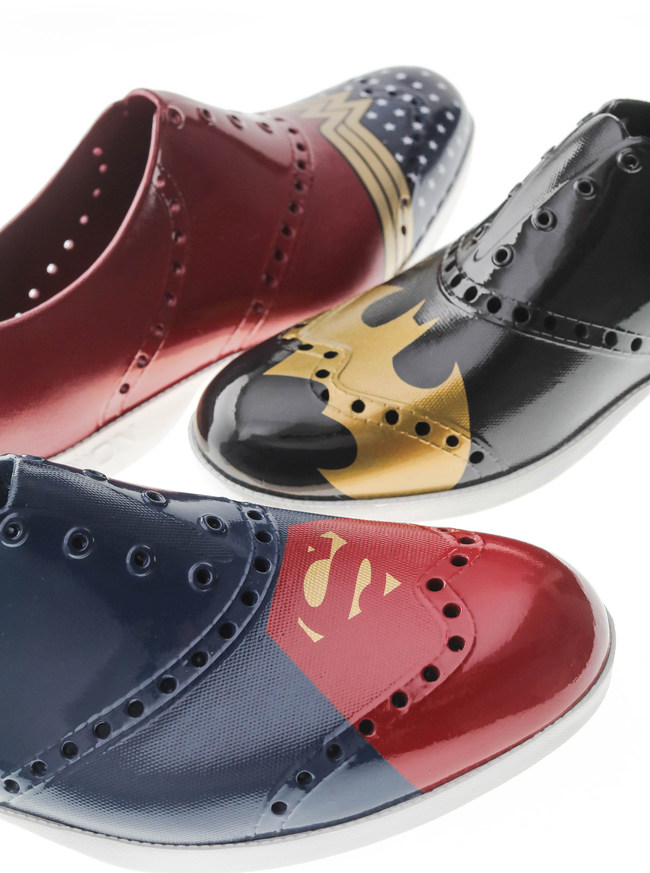 Biion Footwear and DC Comics, to release leisure shoes featuring the iconic emblems of Batman and Superman  to be available for adults and kids. A pre-sale launch began on Biion’s website on March 26, 2021.

The super shoes are made in the same style that Biion is renowned for: elevated Eva footwear with a rubber sole that allows for comfort and performance during activities like golfing, boating, as well as everyday life. The Batman footwear features a black body with the classic golden bat symbol across the toebox. The Superman version features a steel blue body with a red toebox, completed with the iconic red and gold “S” emblem.

“Now it’s your turn to be a hero,” says Rick Buchanan, founder of Biion. “DC Comics have long sparked our collective imagination and influenced pop culture. We knew our customers and fans of the Dark Knight and Man of Steel would love the opportunity to suit up in these limited edition kicks.”