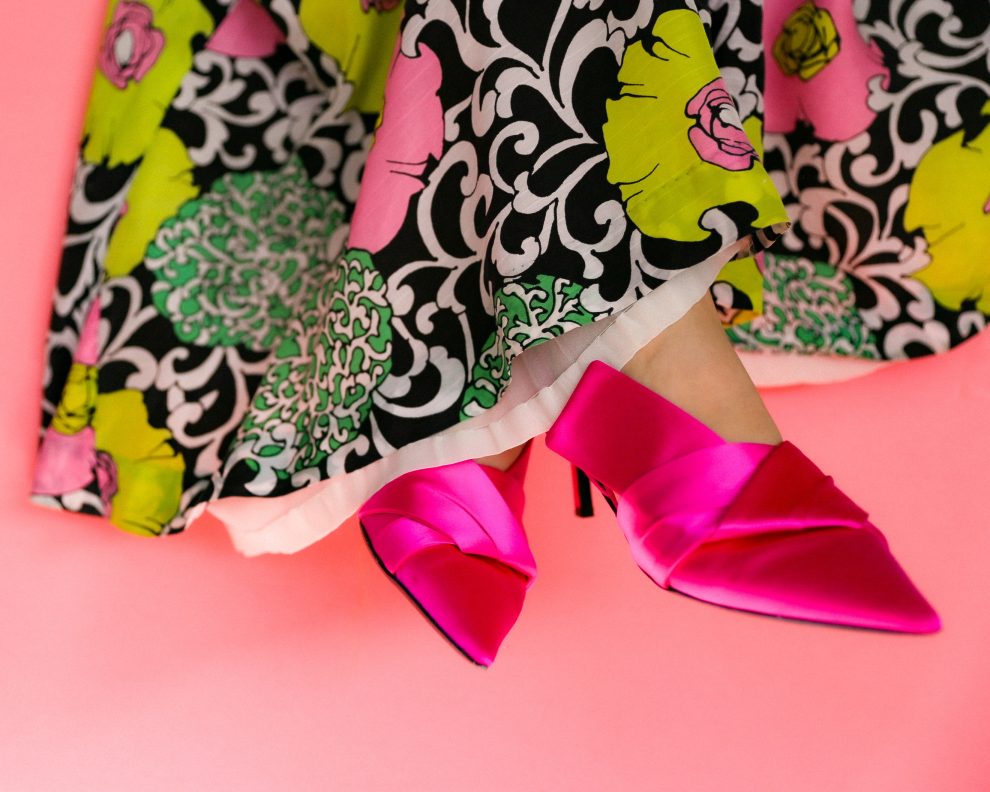 A guide to shopping and reselling vintage

Featured reseller and vintage expert Breezy Von Breezy has been selling vintage for approximately 22 years. Breezy has an incredible vintage collection, selling on Etsy, Poshmark, Depop, eBay and Instagram. Daughter of a costume designer, Breezy grew up with ornate and funky vintage clothing around her home. She turned her childhood love of playing dress up with her sister into a lucrative business mode. Breezy has a true love for vintage, especially Edwardian pieces from the 1920s and 1930s. Her most profitable flip to date was a Vivienne Westwood camel hair plaid coat from the 1980s.

Vintage sizing can be tricky, as it is much different than modern sizing. While it is advisable to select a modern size based upon the measurements for SEO purposes when reselling, always include old measurements in your listings for vintage pieces. Due to the variation in sizing, provide all chest, shoulder, sleeve, waist, hips, inseam and length measurements.

There is a global market for true American vintage. Avid collectors are passionate about authenticity, and it is crucial that vintage is dated properly. Dating vintage items can be arduous, often involving studying tags, zippers and even performing “burn tests” on fabric swatches. Breezy offers a course for dating and authenticating vintage pieces, including manufacturer and brand information, tables of materials and burn test charts and style information from each decade. With a focus on tags and labels, materials and hardware, Breezy features catalogs of labels and manufacturers to help resellers authenticate and date vintage pieces.

“When sourcing from estate sales, I do a little research about the original owner,” she said. “I never disclose personal information, but I include a little backstory, such as, ‘The original owner was a Broadway producer’ or ‘a well-known local seamstress.’ My buyers really enjoy knowing the story behind an item.”

While there are many prestigious designers from this time period, such as Christian Siriano and Marc Jacobs, it is the “younger” pop culture pieces, such as Alexander McQueen, Ed Hardy, Lisa Frank and Juicy Couture, which have the highest resale value. Millennials are purchasing clothing online inspired by their elementary school wardrobe. Popular trending pieces include baguette bags, baby tees (shrunken and unintentionally cropped T-shirts), pleated mini-skirts, velour tracksuits and lace camisoles. When sourcing, look for bling (rhinestones), pastel colors and anything that a Bratz Doll might wear.

The 1970s are known for peace, love, disco and groovy fashion. Timeless trends of the 1970s are embedded into modern fashion, including Boho blouses, folk-inspired patterns, smocked dresses and crochet designs. Popular styles of the ‘70s include Co-ords (two-piece outfits), denim dresses, platform shoes, headscarves and neck scarves, pearls and satin slips. Vintage lingerie has a very high resale value, so never skip the undergarment rack at the thrift store. The best-selling brands from the 1970s include Diane Von Furstenburg, Halston, Dittos, Landlubbers and Whiting & Davis. When sourcing jeans, look for Levi’s with paper tags and an uppercase “Big E” on the tag — those were made prior to 1971.

“Clothing from the beginning of the 1960s was similar to the classic styles of the 1950s,” Breezy said. “Toward the end of the decade, there was a shift to a more funky, disco counter-culture, which brought in a new wave of fashion.”

Fashion icons from the time of Beatlemania, such as Brigitte Bardot, Jackie Kennedy and Yoko Ono, popularized swirling psychedelic patterns, tie-dye and vinyl. The best brands for resale from the ’60s include Pierre Cardin, Pucci, Mary Quant and Mondrian.

The 1950s is an era known for compliance, conformity and classic style. Fashion icons Audrey Hepburn, Marilyn Monroe, Elvis Presley and Elizabeth Taylor epitomized pin-up and swing fashion at the sock-hops, drive-ins and soda fountains. 1950s clothing catered to an hour-glass silhouette with pencil skirts, poodle skirts, bullet bras, bustier tops and cigarette pants. For men, it was all about leather and “rockability.” Timeless prints, such as gingham and polka dots, were popularized in the 1950s. Top-selling, classic brands from the ’50s include Catalina, Balenciaga, Pierre Balmain and Christian Dior. When sourcing for vintage, look for back and side zippers made of metal; this is often an indication of an item being from the 1960s or before.

“It used to be considered risqué for a woman to wear a garment with a zipper, as it made her body accessible. Prior to zippers, women’s clothing often had snaps, hooks and eye buttons,” Breezy said.

The 1940s was an era of sorrow, fear and patriotism. With the commencement of the war in the U.S. and strict fabric rationing, dresses in the 1940s became shorter and far more basic. Synthetic fabrics like rayon, acetate and nylon became increasingly popular as traditional textiles, such as silk, were used for equipment for the troops. ’40s fashion trends included the shirtwaist dress, bolero jackets, coveralls, tea dresses, A-line skirts, girdles and stockings. Popular accessories were large floral brooches, fedoras, turban hats and sailor hats. 1940s women’s fashion is described as “masculine” with neutral colors, square necklines, padded shoulders, plaid patterns, high waistlines and oxford shoes.

When sourcing, look for the Union Labels New York Creation Dress Institute, used from 1940-1955. These pieces feature a special union tag with an illustrated New York City Skyline. Christian Dior’s iconic “New Look” collection was also released in 1947. The collection was composed of full-skirts, waspy waists and short shoulders. The colorful, feminine and flowery patterns were symbolic of post-war culture and jubilation. Original pieces from this collection sell for several thousand dollars.

“Stretchy, synthetic fabrics were not yet created [in the 1930’s], so many women’s pieces were cut at a bias to inspire a more body-skimming silhouette,” Breezy said.

Classic workwear in the early 1930s was produced by the National Recovery Administration. When sourcing, look for the union label with the NRA symbol and a navy-blue eagle. You have struck gold if you find Schiaparelli.

“Italian Fashion Designer Elsa Schiaparelli is regarded as one of the most prominent fashion icons between the wars. Her styles were iconic, and she popularized hot pink, or ‘Schiaparelli Pink,’” Breezy added.

The Roaring ‘20s, or the “jazz era,” is known for art, prosperity, dissipation and major fashion trends, such as the flapper style. It was in the 1920s that women began to wear black, a color traditionally reserved for funerals, when designer Coco Chanel introduced the iconic little black dress. Famous 1920s styles include raccoon coats, cloche hats, chemise dresses, petticoats, frock dresses and silk hosiery. 1920s pieces are often beige, gray and white. Timeless and valuable brands include Coco Chanel and Jeanne Lanvin.

It is my prediction that pieces produced prior to 2010 will continue to increase in value at a rapid rate. Because the clothing manufacturing processes have been industrialized and simplified globally, modern pieces usually do not reflect the quality or value of older pieces. While there are plenty of quality pieces produced today, generally speaking, clothing is just not as nice anymore. The clothing that we are wearing today will become vintage in 20 years … but will “vintage” still encompass the quality, uniqueness and excellence that it does today? We’ll have to wait and see.

Erynn A. Gifford, owner of Four Limes Shop LLC, is a multi-platform, e-commerce reseller who has been selling clothing online for over ten years. She is a content creator for vendoo.co, a reselling program that offers cross-listing, inventory management and business analytics.

Swap.com Partners with Find.Fashion for Visual Searching Powered by AI and Emotion Recognition