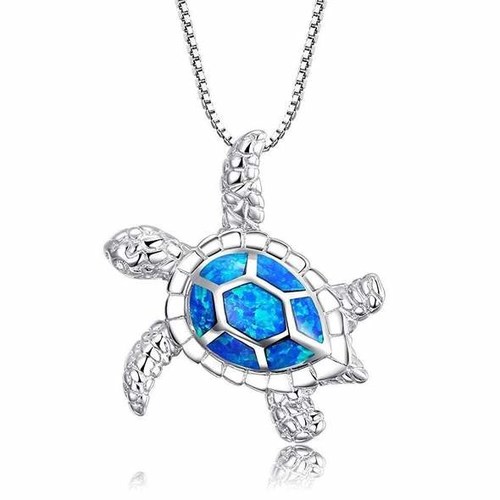 Ocean Project, which operates out of Phoenix, Arizona is the exclusive retailer of the “Save A Turtle” necklace. All Ocean Project’s jewelry focuses on protecting animals and their sea, river, ocean and lake homes. Conservationists, like the founders of Ocean Project, fear that because turtles can take five years or more to reach reproductive age, removing large numbers of them could cause rapid collapse of turtle populations, not to mention injuring and maiming turtles.

It’s hard to pin down the scale of the pet trade in wild-caught United States. turtles, experts say, but United States law enforcement probes have turned up an increasing number of big turtle trafficking cases in recent years. In each, the poachers and sellers have been responsible for helping transfer large numbers of turtles across United States  borders and on to Asia.

“Not only is this necklace beautiful, but a portion of the proceeds will go towards funding the fight against the illegal turtle trade , and protecting more turtles from being killed and having their shells sold overseas,” said Lisa Anderson, Co-Founder of Ocean Project. “We give to causes that align with our mission, such as ocean conservation and marine life.”

“Every purchase directly funds the removal and cleaning of plastics from oceans, rivers and coastlines,” she added.

BEHR Paint, Katy Perry and Spotify Give Design a New Rhythm with ‘Music in Color’ Experience